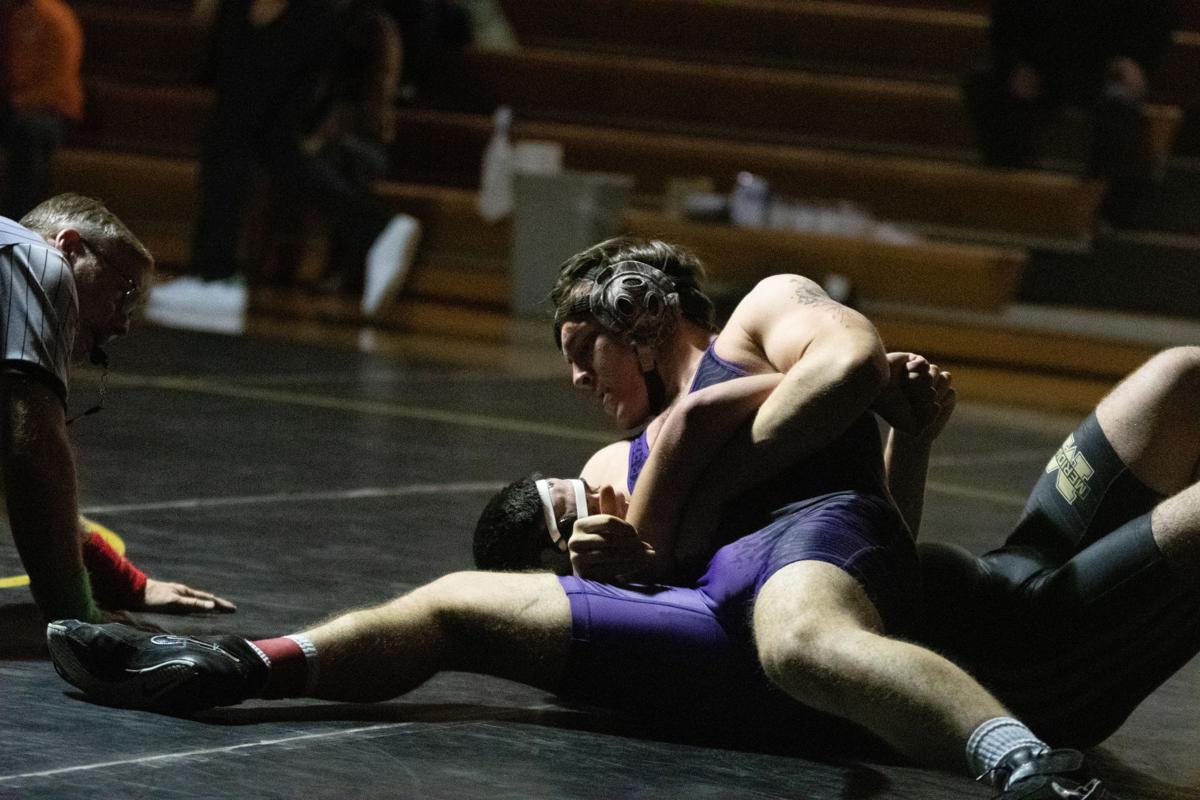 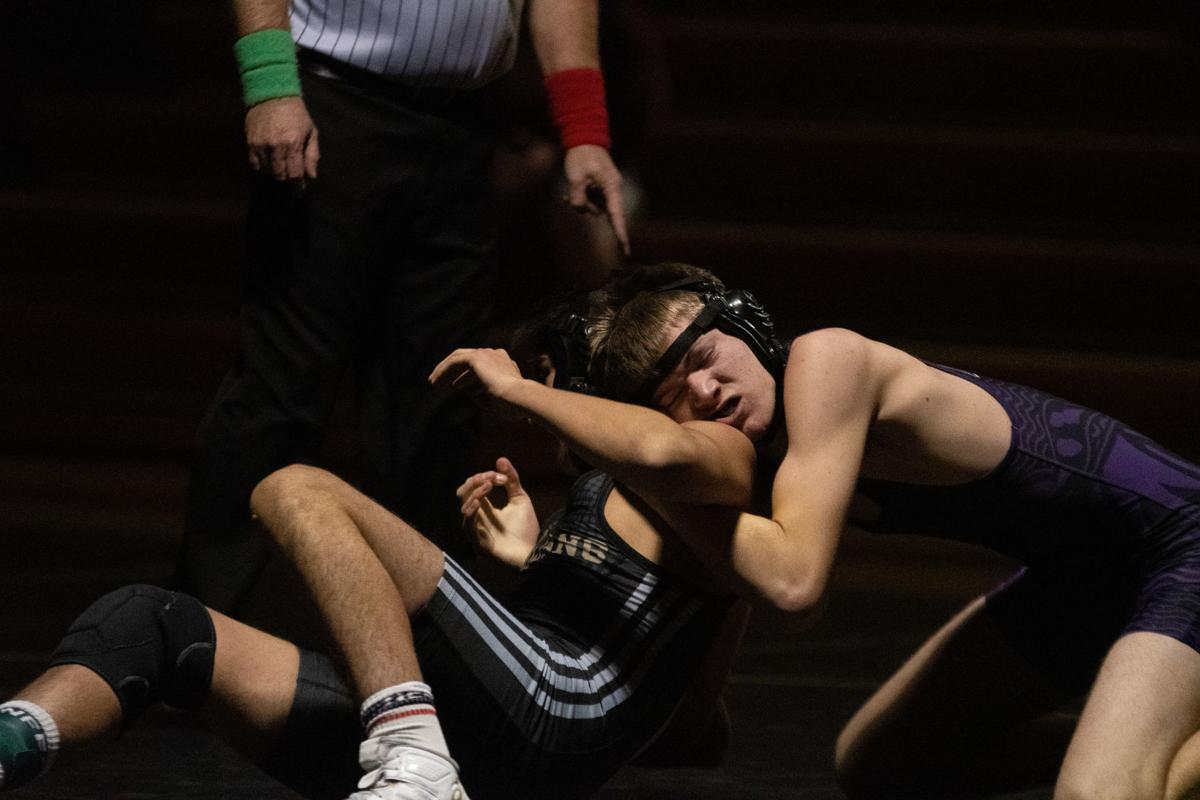 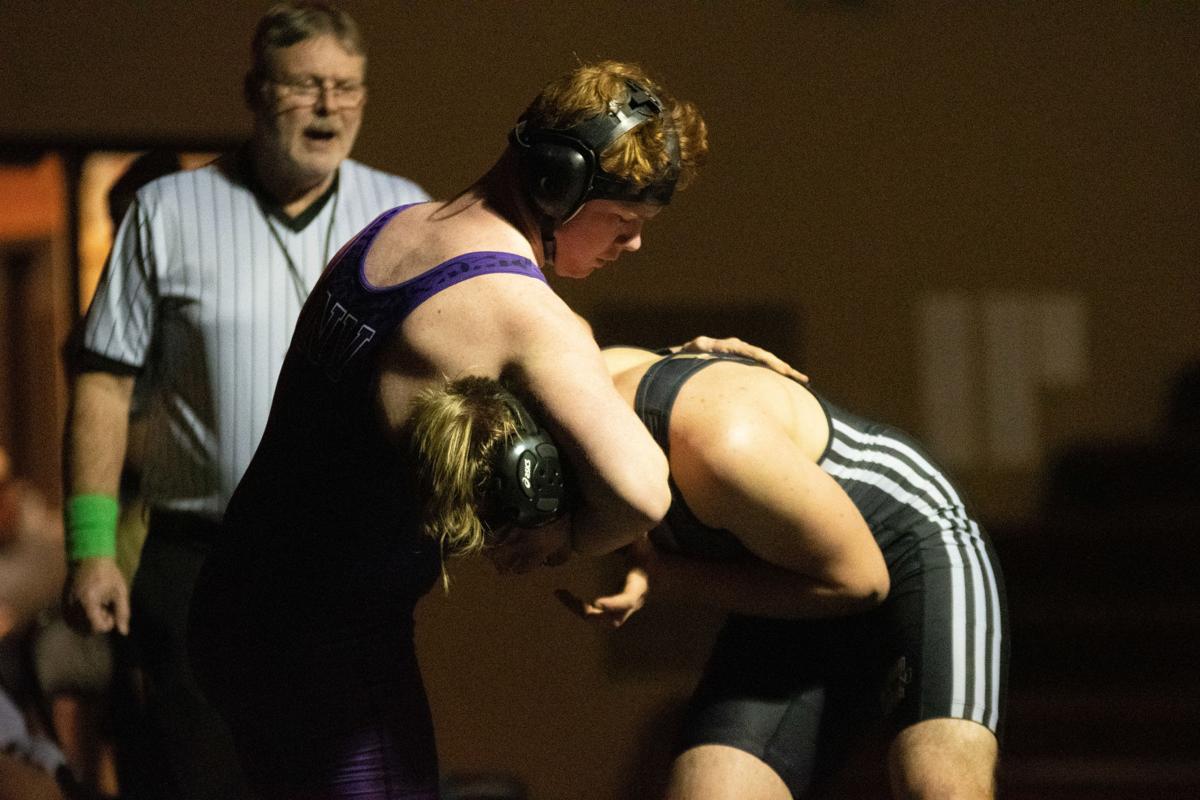 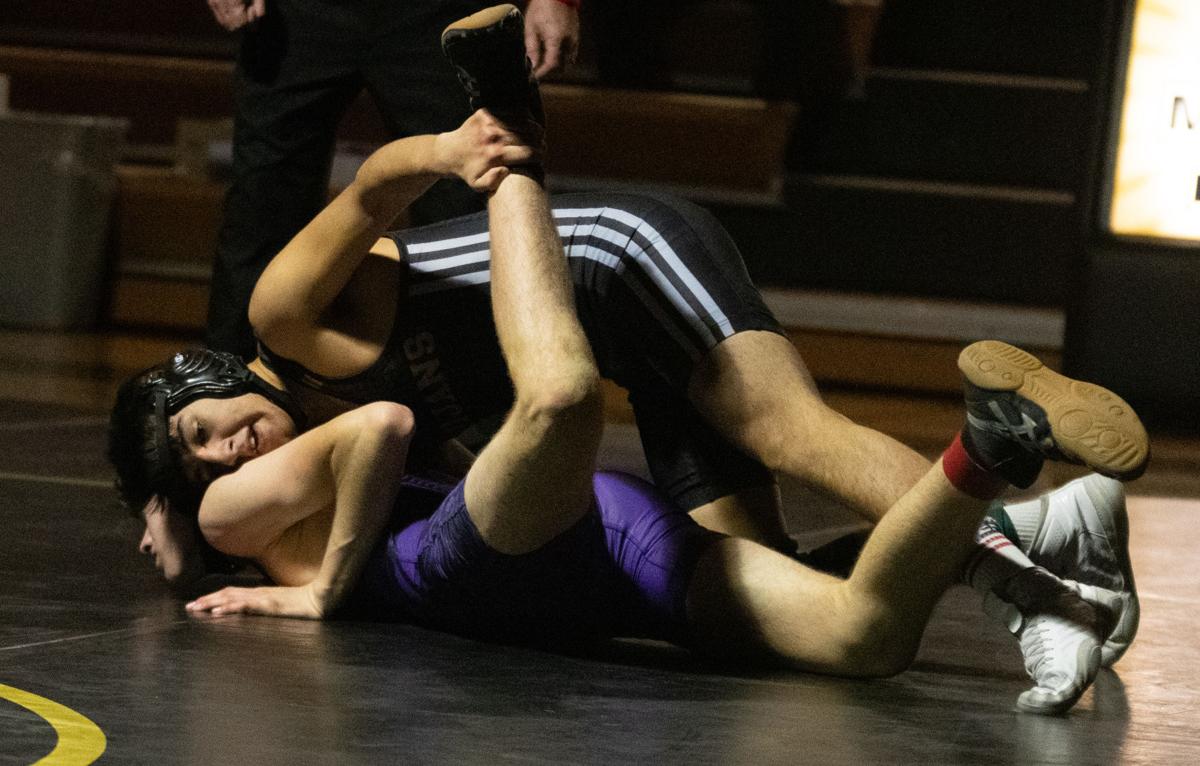 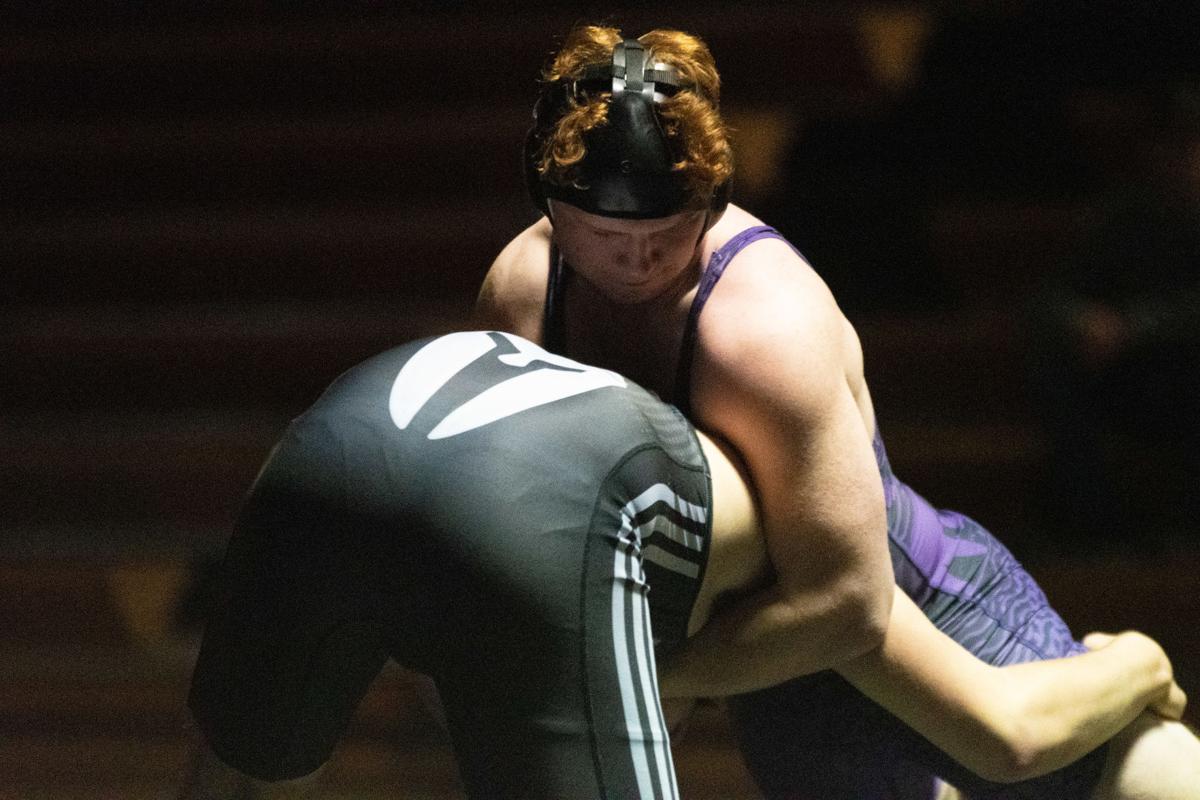 In what was a lightning-quick dual that was over in about 20 minutes, Pioneers seniors Hunter Morgan (195), Gabe Diersing (220) and Andrew Holder (152) all registered pins in the only three matches of the night. All other weight classes were forfeits.

Diersing, a state participant the last two seasons, pinned Meridian’s Jose Malave in the opening match of the night to earn the first six points of the dual.

“It was just strength,” Diersing said. “I knew I was stronger, but also technique.”

Diersing, who struggled in the Pioneers’ opening meet of the season, a dual against Blaine on Dec. 11, rebounded on Saturday to win the 220-pound division at the nine-team Iron Sharpens Iron tournament at Bellevue Christian High School.

“I feel great with what I’m doing right now,” Diersing said. “Especially the last tournament. Hopefully I will continue to dominate my opponents.”

One thing he is hoping to boost as the season wears on is his cardio.

“I’ve realized I’ve gassed out way too early and that’s what became my downfall in some of my matches against Blaine,” Diersing said.

Holder recorded a second-round pin over Meridian’s Ryan Noisey in the second match of the night.

“He’s a good wrestler,” Morgan said of Hudson. “He has some potential but I’ve been wrestling for a long time.”

Morgan, who’s been grappling since he was five years old, was also a state participant last season and won the 195-pound division at the Iron Sharpens Iron tourney.

On Wednesday, when he got Hudson turned in the bulldog he knew he’d either pin him or time would run out. With two-straight victories in consecutive meets, Morgan is pleased with how he’s wrestling at this point in the season.

He’s hoping to place at state this year for the first time, but it’s not on his mind right now.

“I’m going to go out there and wrestle my hardest and work as hard as I can, but I’m not going to be upset if I don’t place or place high at state,” Morgan said. “It all just depends on where I am mentally.”

Full results of the dual meet:

Others results from Wednesday night:

The Mounties (4-0, 1-0 NWC) increased their win streak to four and stayed undefeated on the season, while handing the Class 3A Golden Eagles (1-1, 1-1 NWC) their first loss of the year.

The Storm (1-3, 1-1 NWC) couldn't make it two wins on the row during a non-league double-dual loss to Marysville-Getchell Wednesday. Squalicum's results against Stanwood in the double dual were still pending at the time of this story.

The Red Raiders (3-0, 3-0 NWC) remain undefeated and run their win streak to three matches after vanquishing the Cubs during Wednesday's dual meet.