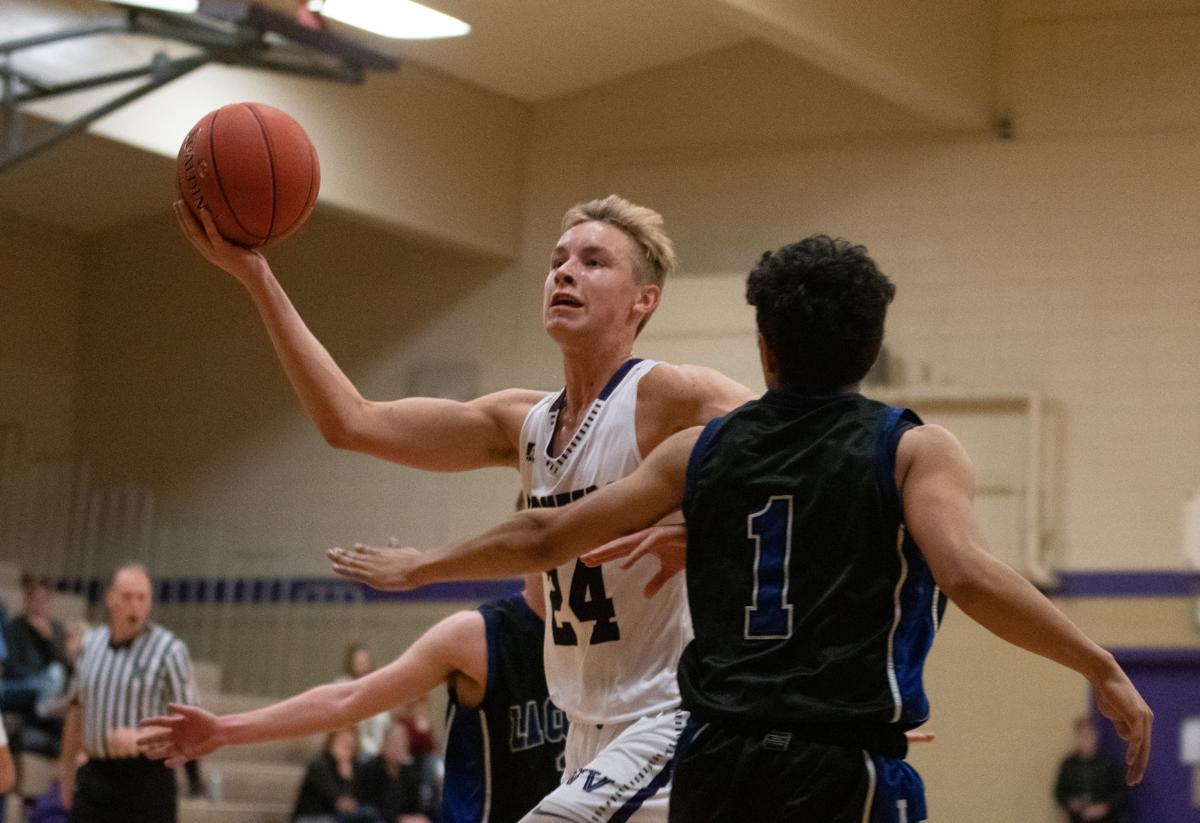 Nooksack Valley junior Cody Coppinger rises for two of his 11 points on the night during the Pioneers' 81-47 win over La Conner on Saturday at home. (Eric Trent/Lynden Tribune) 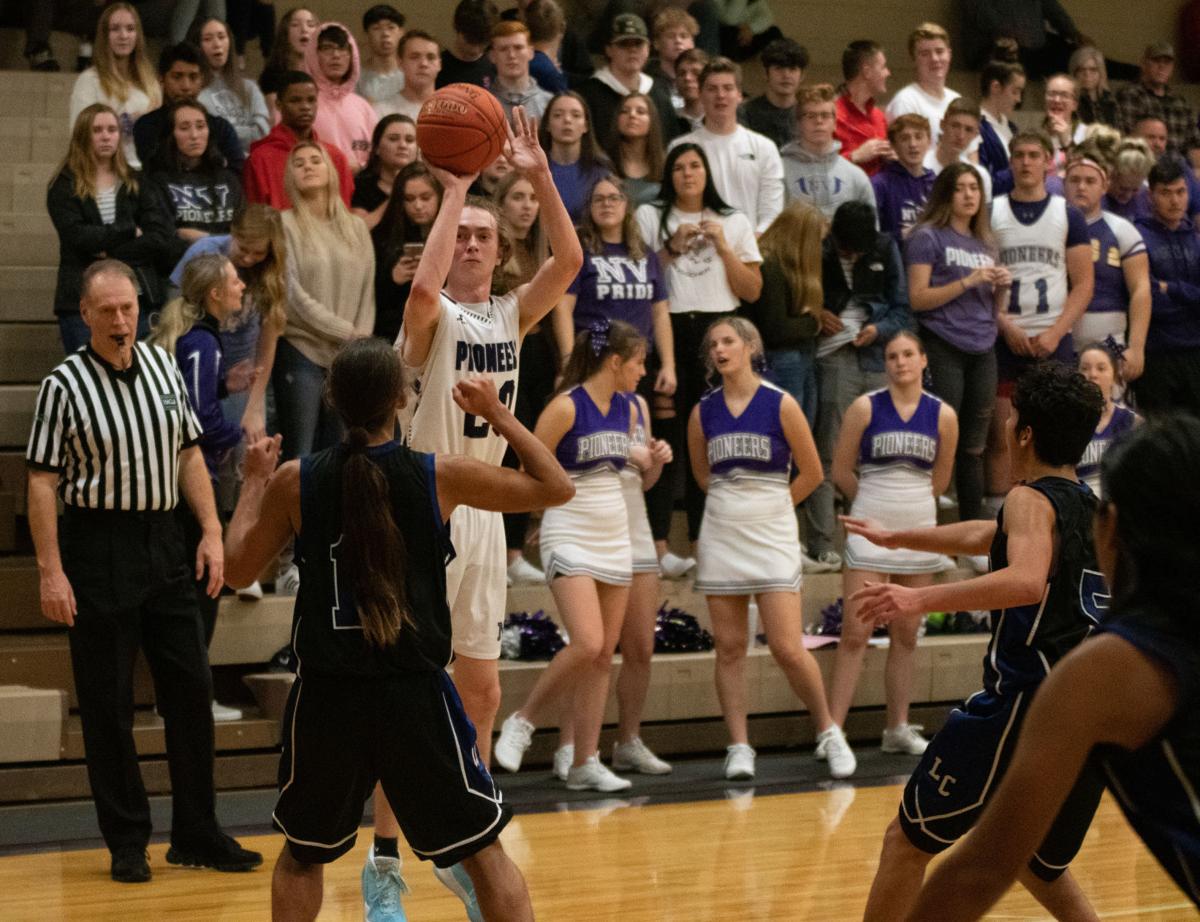 Nooksack Valley senior Carson Fullner-Sirmans scored a team-high 12 points as the Pioneers' ran away with an 81-47 win over La Conner on Saturday at home. (Eric Trent/Lynden Tribune)

EVERSON — While Nooksack Valley girls basketball lost in the front end of the Pioneers’ boys and girls home doubleheader, the boys flipped the script on La Conner.

Nooksack woke up from a sluggish first quarter to drop the Braves 81-47 and remain undefeated in a nonleague matchup on Saturday.

The Pioneers (4-0) led just 11-8 after the first frame then outmatched the Braves’ with pure athleticism, reeling of a 28-8 run to end the half. The game was well in hand midway through the third quarter with a 56-20 lead and the Pioneers kept the pressure on for their fourth-straight victory.

Nooksack’s height and speed were too much for the Braves, as ten of the Pioneers’ 11 varsity players are 6-foot-1 or taller and nearly all are quick and athletic. Skillman pinned the Pioneers torpid first quarter on banking on those measurables against a much smaller Braves squad.

“Sometimes we rely too much being long and get lackadaisical, so we’re just working with being disciplined and being intentional with how we play,” Skillman said.

Six-foot-3 senior forward Keldon Weidkamp, who finished with 10 points, mostly on cleanups around the rim, credited Skillman for motivating the team in the final three quarters.

“Coach pushes us to all work and gel together as a team, not as individuals,” Weidkamp said.

It was a balanced offensive effort for the Pioneers who had four players reach double-digit scoring.

With 10 seniors and one junior, the Pioneers are in prime position to make a postseason run  after finishing with an 8-14 record last season. Nooksack hasn’t had a winning season or advanced to state in eight years, since placing sixth in 2011 with an 18-11 record.

Skillman and his team are hoping to break those streaks. All 10 seniors and the one junior, Cody Coppinger, have been playing together since elementary school.

“They’re getting to a point where hopefully they’re realizing this is the last year to go,” Skillman said. “It’s a good group, they work hard and if they put it all together I think we’ll be in a good spot.”

Skillman, in his fourth year as coach, has now had all these players in his system for four years and is hoping that will pay off come postseason. As a Nooksack Valley Middle School teacher he’s known all of them since at least the seventh grade.

“These are all my guys,” Skillman said. “There’s a good relationship built up with all of them and the trust is starting to grow. It’s a good thing.”

The Pioneers look to remain unbeaten when they open Northwest Conference play and travel to Ferndale (2-2) for a 7:15 p.m. match on Tuesday.

The Lynden boys followed up the girls upset of Eastlake by dropping the Class 4A Wolves boys on the road Saturday.

Lynden (2-1) wraps up nonleague play and opens Northwest Conference action when it travels to Mount Baker for a 7:15 p.m. match on Tuesday.