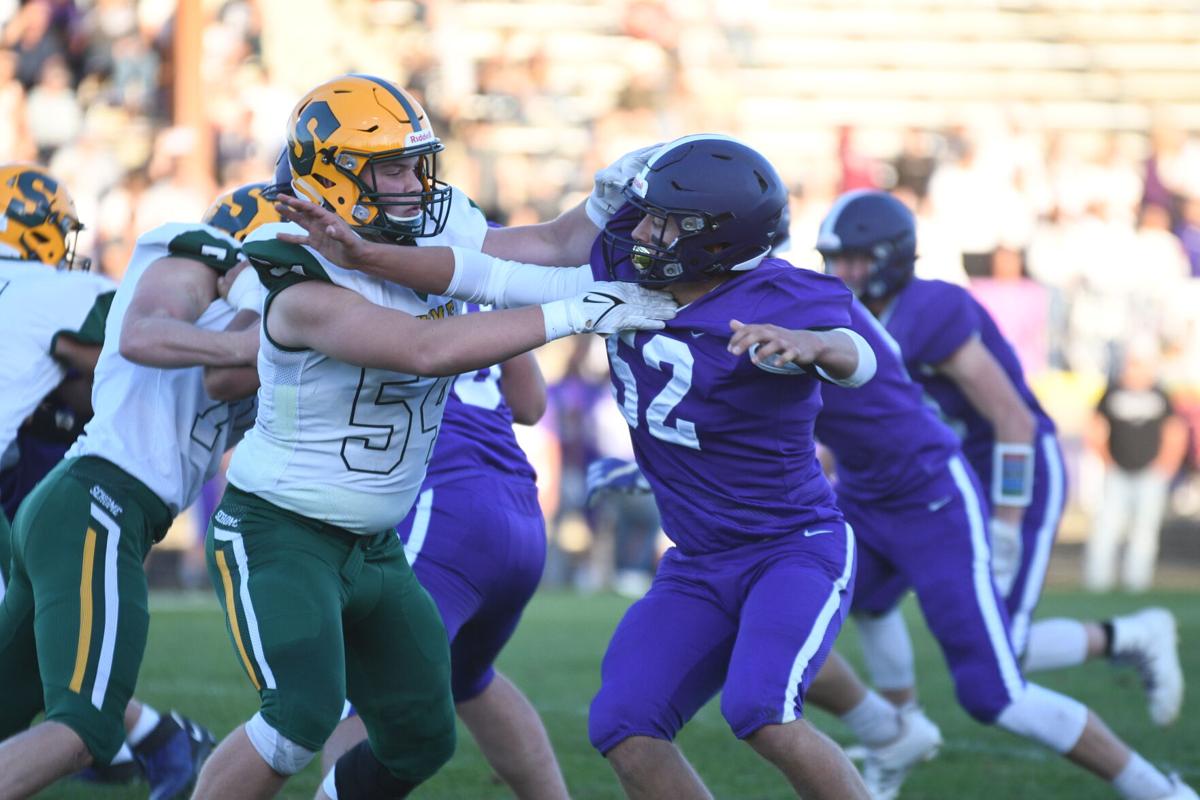 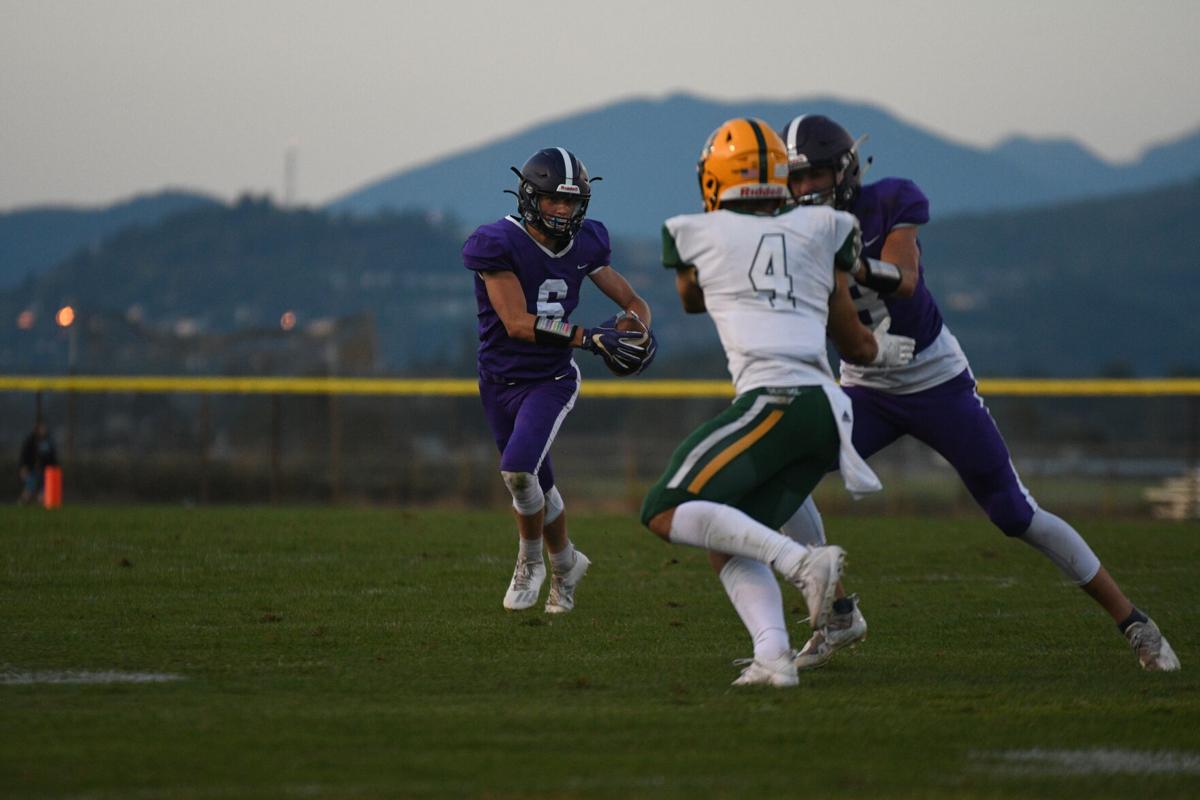 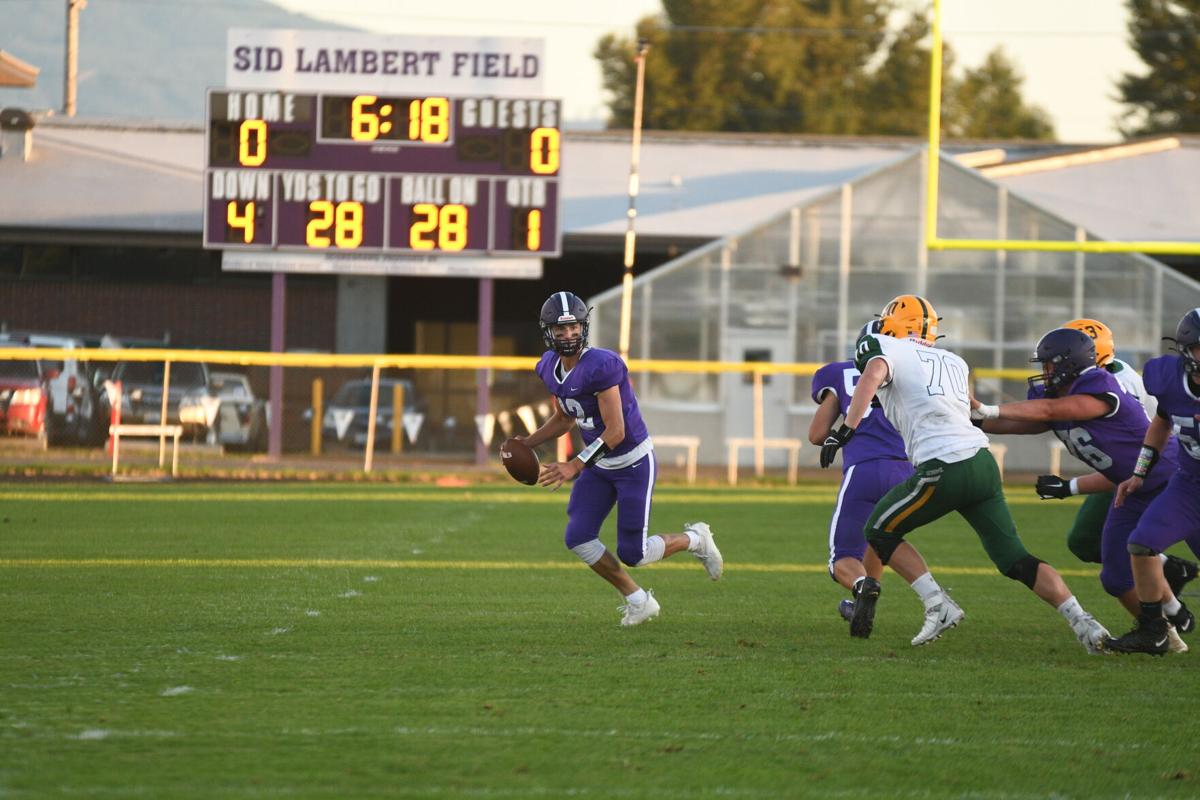 EVERSON — For the first time since 2019, football is back in the fall.

Nooksack Valley and Sehome got the fall 2021 season started in Whatcom County Thursday night and the Pioneers came out with a 9-7 win.

Defense was the story for both teams throughout the game, but the Pioneers’ defense stepped up when the lights were at their brightest.

Nooksack Valley freshman Cory Olney intercepted a pass in the end zone in the second quarter and that was only the first key stop the Pioneers would get on their own side of the field in the game.

The Pioneers wouldn’t capitalize on the turnover and the two teams headed into the break tied at 0-0.

The Nooksack Valley defense made another statement early in the second half forcing a Sehome fumble with a recovery from senior Nick Dykstra.

The Mariners had an answer going on the following drive, but the Pioneers’ defense came up big again with an interception in the end zone, this time from freshman Colton Lentz.

“There were times where we bent and didn’t break,” Nooksack Valley head coach Craig Bartl said. “We got hurt a lot on third downs last year with long plays and big plays, so that was a point of emphasis. We have to eliminate big plays and we practiced a lot of that stuff and that showed.”

Sophomore quarterback Joey Brown hit junior Ryan Hughes for a 47-yard completion on the next drive, flipping the field.

Brown found Olney for a 13-yard touchdown later in the drive to widen Nooksack’s lead to 9-0.

Sehome found some flow on its next drive, getting the ball into the red zone. Then came the Pioneers’ defense again.

Botched snaps and poor ball security plagued the Mariners all night, this time in the fourth quarter when Nooksack Valley senior James Triplett fell on a loose ball on the Pioneers’ 4-yard line.

“We’ve been practicing hard and putting our work in,” Triplett said. “I know all of us believed we could do it. We just had to put our minds to it and there you go, a small, young team did it.”

All that was left was for the Pioneers to make another stop or two on defense and then run out the clock.

They got the first part of that down, but the Mariners defense kept Sehome in the game, giving the ball back to its offense late in the game.

Sehome made things interesting late in the fourth quarter with an 8-yard touchdown catch from Luke Evans to bring the score to 9-7.

The Mariners had the ball in the final minute with no timeouts. As it had all game, Nooksack Valley showed up on defense.

A throw down the sideline wound up in the hands of sophomore Wayne Silves for an interception and a kneel down from Brown on the next play gave the Pioneers a season-opening win.

“We came in and didn’t know what to expect. It’s a different vibe out here right now,” Bartl said. “The kids get along, they’re working hard. I think we expected to make plays.”

Up next for Nooksack Valley is a game against Hoquiam Friday, Sept. 10, in Everson.