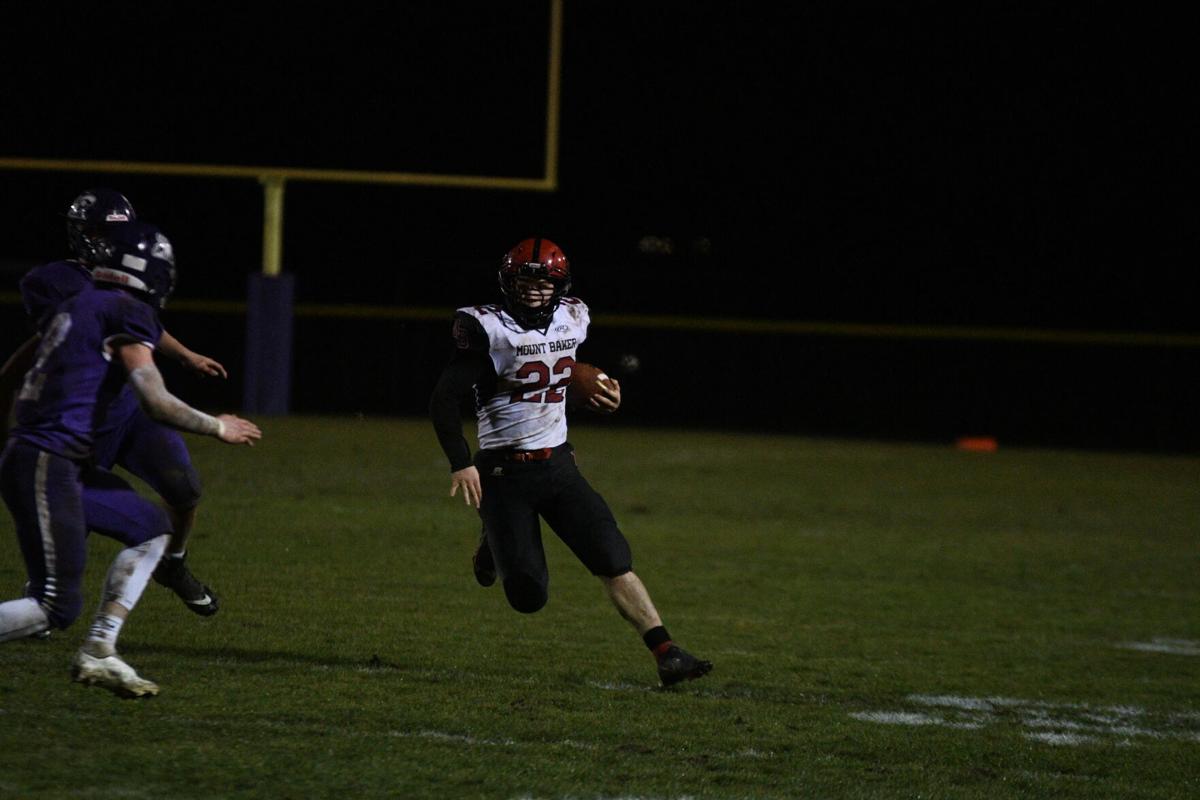 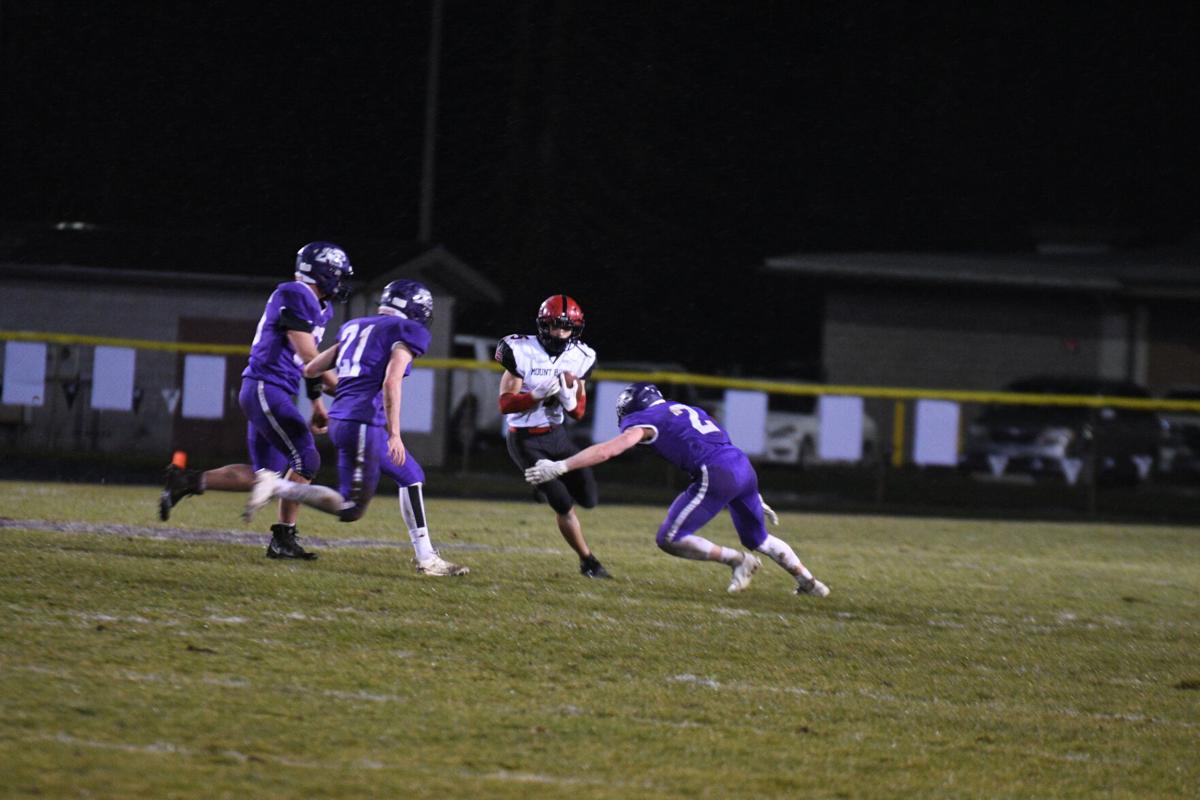 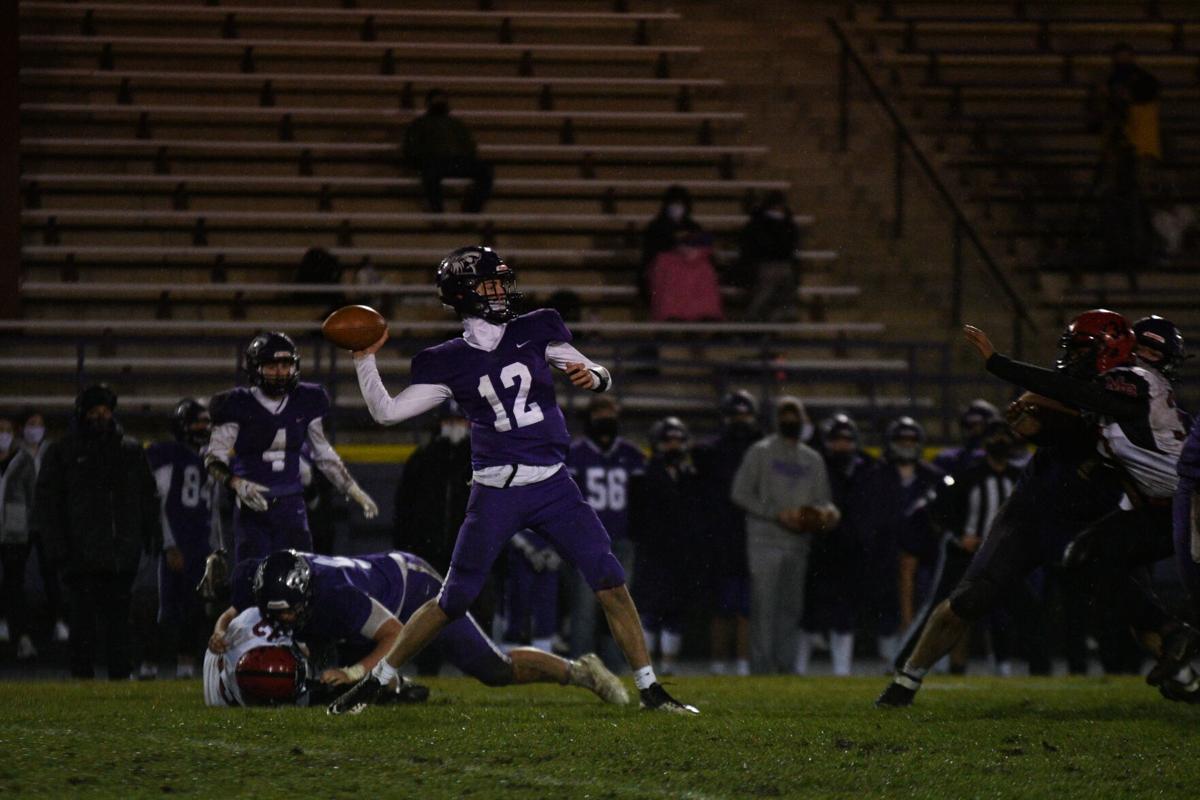 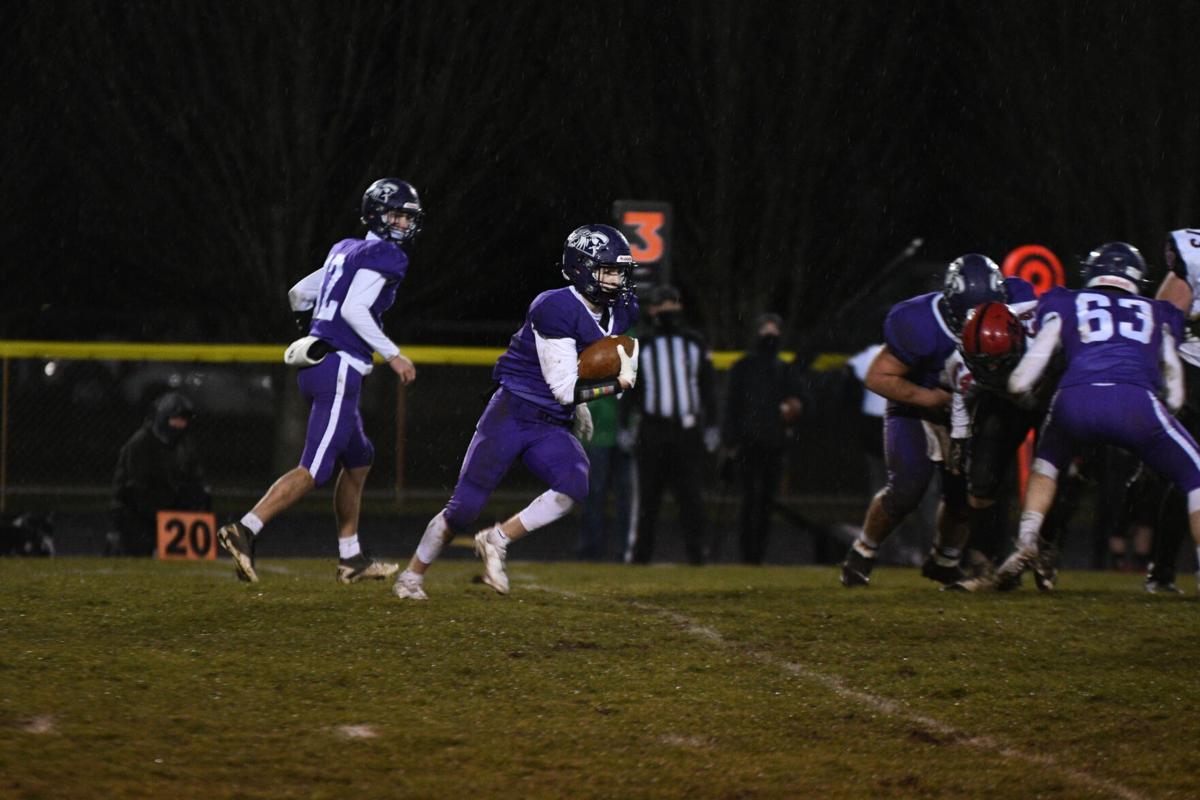 EVERSON — Only three things in life are certain. Death, taxes and the Mount Baker football team having a dominant defense, even in a shortened season.

The Mounties went head-to-head with Nooksack Valley Saturday night to kick off their seasons and Mount Baker convincingly shut out the Pioneers 26-0.

If there was any doubt there would be anything to play for this season without a state playoff, the Mounties showed they were taking this season as seriously as any other.

After stopping Nooksack Valley on the opening drive of the game, Mount Baker’s offense took the field for the first time since November 2019.

The Mounties found their first score of the season when junior running back Jesse Sande took a handoff 20 yards to the house to give Mount Baker a 7-0 lead. It was all Mount Baker from there.

Senior defensive back Ayden Rodriguez intercepted a pass from Nooksack Valley freshman quarterback Joey Brown on the next possession, but Rodriguez’s big night would just be starting.

Nearing the end of the first half, the offense started to click and Mounties’ quarterback Mason Jacoby connected with Rodriguez on a 54-yard catch and run to extend Mount Baker’s lead to 14-0 just before halftime.

Another turnover by the Pioneers on the ensuing drive, this time an interception by junior Davin Beason, set up the Mounties in the red zone with time ticking down in the first half. With 5.1 seconds left in the half, Jacoby found Rodriguez in the back of the end zone for another score.

“Everything was just falling into place,” Rodriguez said. “Coach Lepper called a lot of great plays for me and some stuff opened up. It could have been anybody.”

Heading into the break Mount Baker led 20-0 and would get the ball to start the second half.

Rodriguez said the Mounties wanted to find their chemistry in their first game back since 2019.

“We’ve been waiting for so long to get back out here,” he said. “It’s great to get back with the guys and go out and have fun like we always do. We’ve still got a lot of stuff to work on. It wasn’t the cleanest win, but we’ll be back better next week.”

Mount Baker came out of the break and put together an absolutely clinical drive taking nearly seven minutes off the clock running the ball right down the field. The Mounties’ possession was capped off with a five-yard rushing touchdown from senior Toby Jefferson.

Toward the end of the third quarter it looked like Nooksack Valley had a drive going to potentially get itself back into the game, but the Mounties’ stingy defense stepped up and picked off Brown for a third time with junior Caleb Horsmon making the play.

Nooksack Valley would get the ball right back with a fumble recovery and had possession at Mount Baker’s 1-yard line to start the fourth quarter, but was met at the line of scrimmage by the Mounties’ defensive front and came up empty.

Rodriguez said things really started to jell for the team after the first quarter.

With no state title possible this season, Rodriguez said they’re just taking the season week by week, but still have something in mind to work for.

“We want to win every game,” Rodriguez said. “We’re trying to be the uncrowned state champs.”