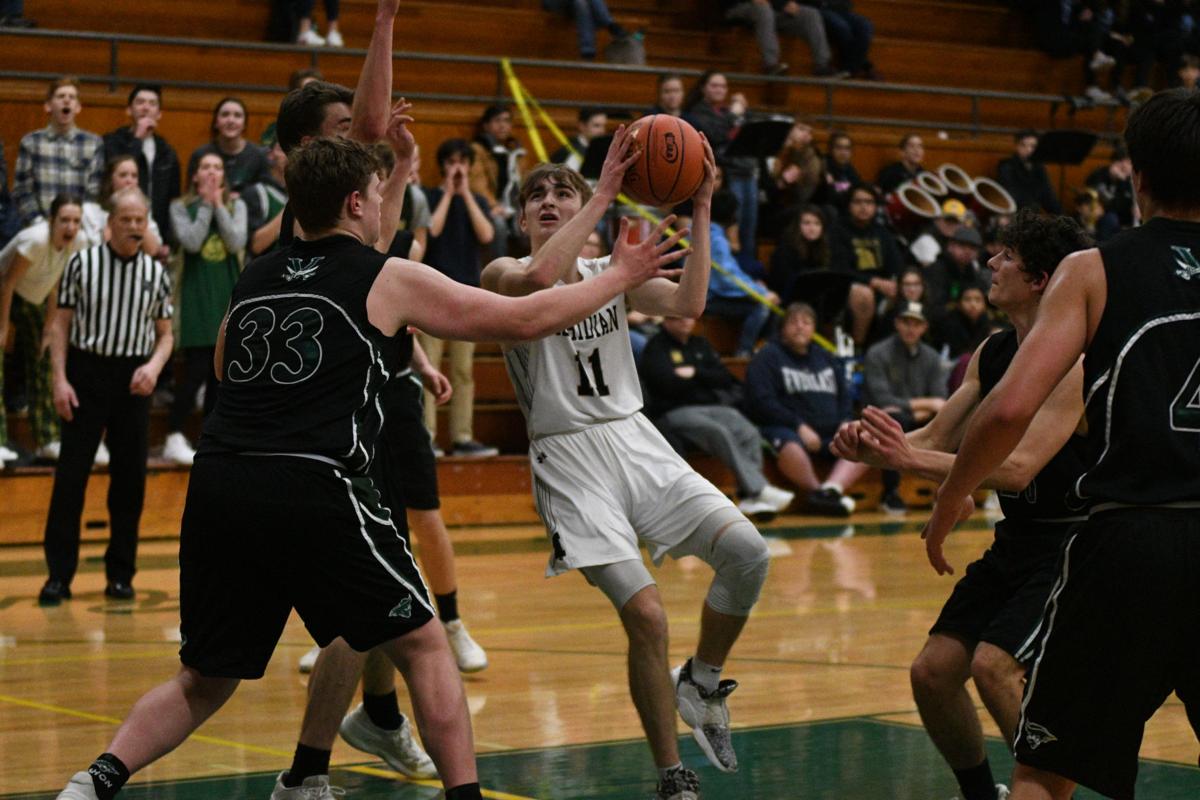 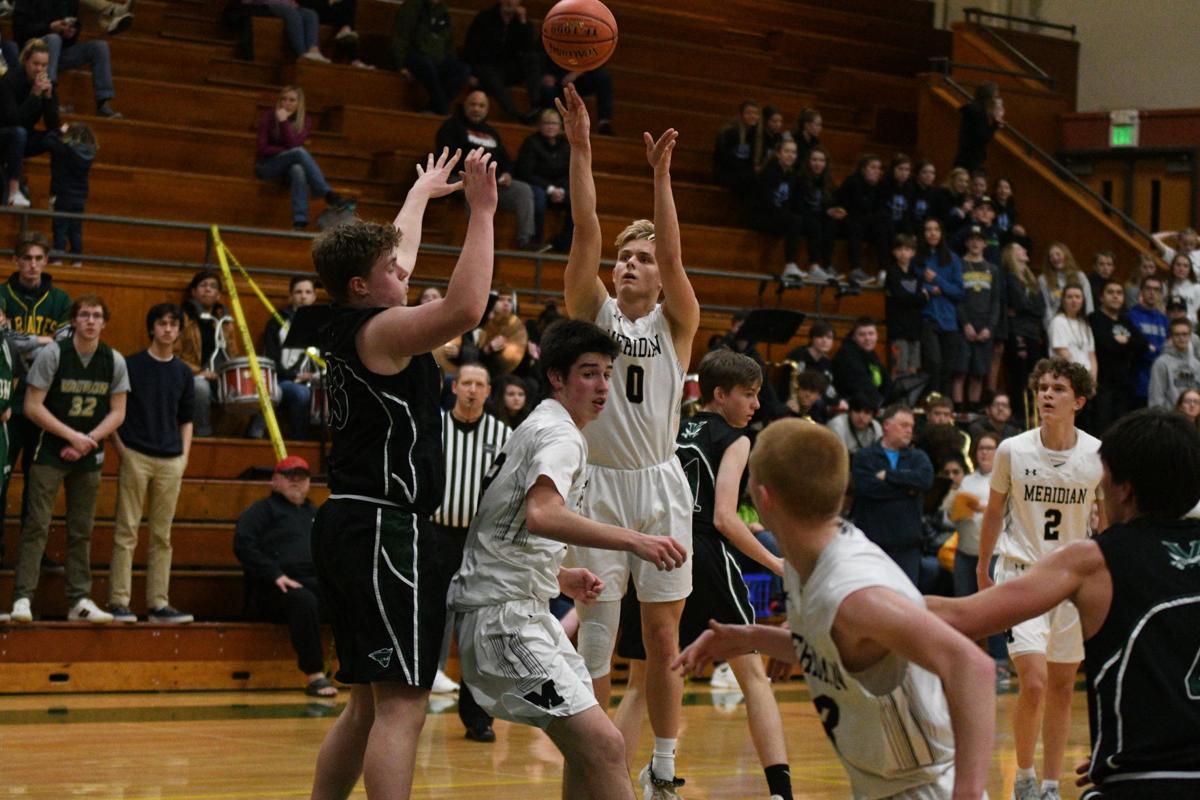 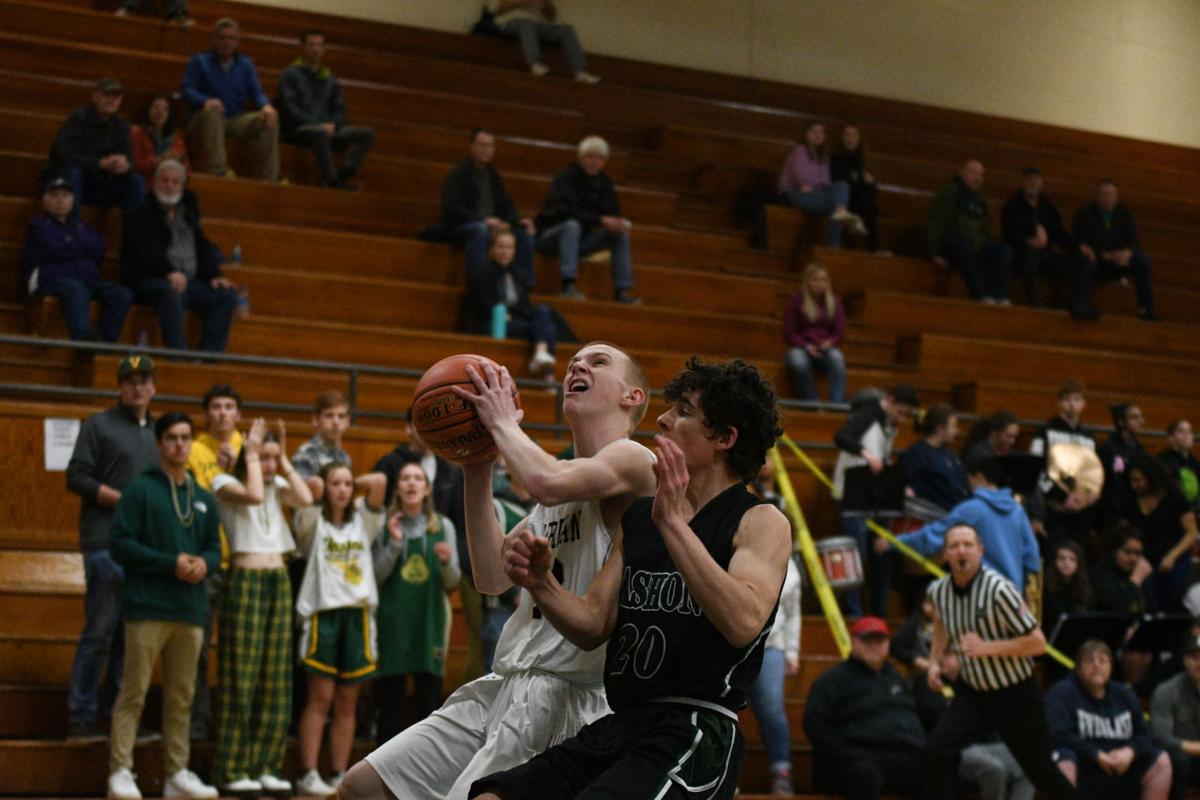 MOUNT VERNON — The Meridian boys basketball team is headed to Yakima next week. In a loser-out regional matchup against Vashon Island Friday night, the Trojans found a way to outplay the size and physicality of the larger Pirates team in a 50-44 win.

Meridian came out fast in the first half, as it has its past few games this postseason, and overwhelmed Vashon Island early with its press, racing out to a quick 9-2 lead.

The Trojans’ defense forced the Pirates into turnovers that led to easy baskets, and Meridian led 14-7 after one quarter.

Meridian continued to push its lead in the second using much of the same formula from the first quarter and held a 28-15 lead at the intermission.

Vashon Island came out of the break firing and rattled off a 12-2 run to trim the Trojans’ lead to just three points at 30-27.

“I thought we came out in the second half thinking we were just going to put them away and it just didn’t happen like that,” Meridian coach Shane Stacy said. “There were some moments of panic there on the offensive end.”

The Trojans held a slim 34-32 lead heading into the final quarter, but a 5-0 run to start the final frame stretched the lead back to seven points.

“We just had to go back to what we’ve always done,” senior Ryan Johnson said. “The press and going step-by-step, not trying to rush our offense. We just had to take it slow and methodical.”

Stacy said he and the team knew going into the game they would have to grind out a full 32 minutes and work through mistakes.

Stacy gave credit to assistant coach Rob Gray for switching up some coverages on defense that allowed the Trojans to stay in control of the game even after Vashon Island’s run in the third.

“It was calling the right defense to get our guys in the position to slow us down and I think it calmed them down on the other end, as well,” Stacy said.

Being the smaller team, Johnson said the Trojans had to make a point of rebounding the ball better and forcing the Pirates to shoot on the perimeter.

“We knew we had to get low on them to box them out and they had a little more of an inside game,” he said. “It hurt us a little to start, but I think near the end they started to force it more.”

Next week will be the Trojans’ first trip to the Yakima SunDome for the Hardwood Classic since the 2009-10 season.

Johnson said he and the rest of the seniors have been wanting this since they started high school.

“It feels amazing and we’ve been dreaming of it as long as we can remember,” he said. “Near the end of the game I was a little nervous, but we were just meant for this.”