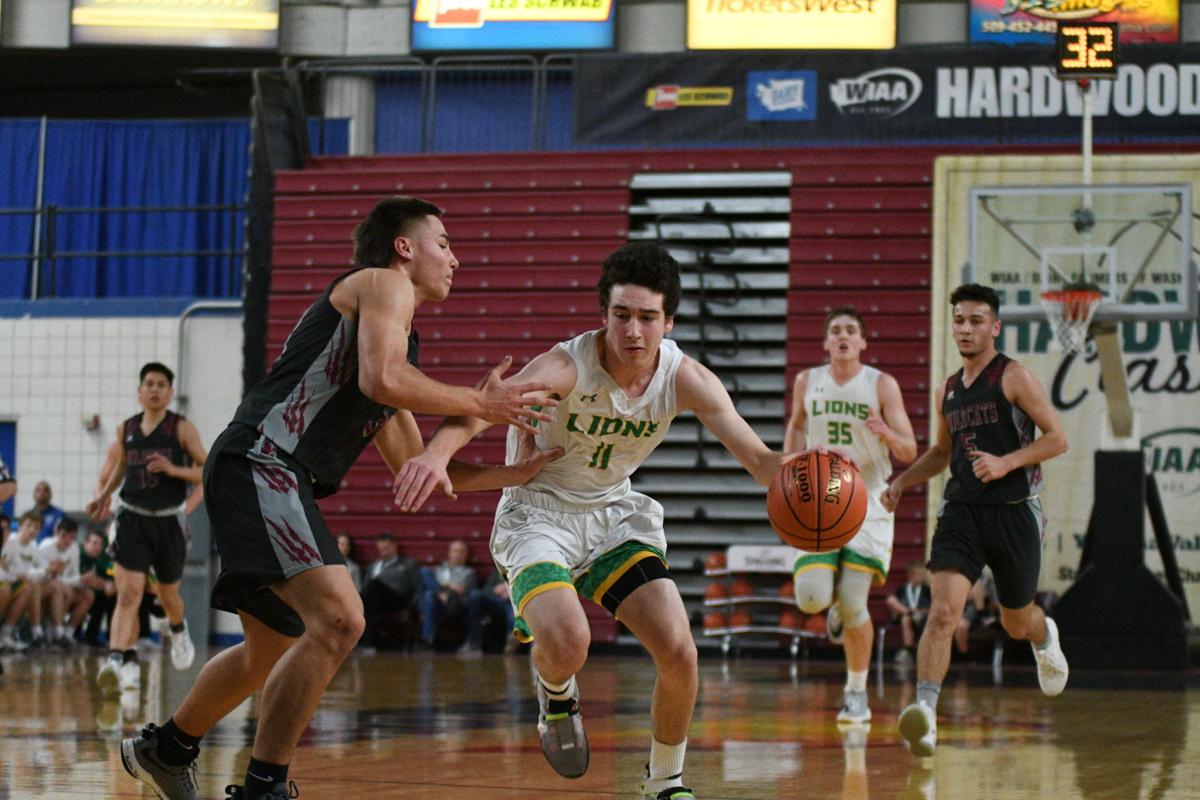 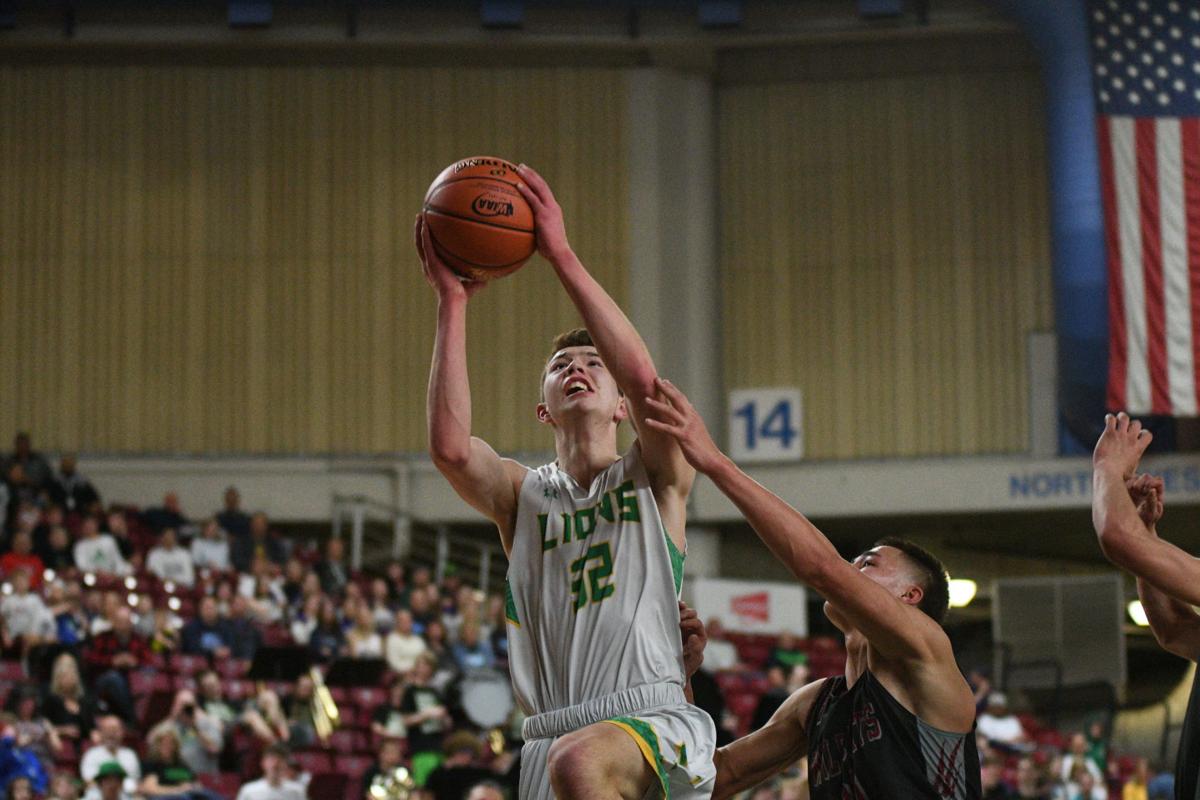 Back-to-back defending champions back in the semifinals

YAKIMA — The Lynden boys basketball team doesn’t need any reminders of how many seniors graduated from last year’s team. The Lions heard plenty of that heading into a season where many thought a deep playoff push wasn’t in the cards.

Lynden doesn’t care. The Lions are back in the state semifinals after rolling through No. 2 Toppenish 73-55 in the quarterfinals Thursday evening.

The size advantage Lynden held wasn’t as obvious as expected from the start. Toppenish controlled the pace of play for much of the first quarter, limiting the amount of times the Lions were able to get junior Liam Hanenburg the ball.

Lynden and Toppenish went back-and-forth for much of the first quarter with the Wildcats finding a 9-8 lead late. That’s where the Lions started to find Hanenburg as they’ve done all season.

An emphatic dunk from the Lions’ big man to end the first quarter would only be the start of Lynden putting its foot down.

Lions coach Brian Roper said Toppenish is the kind of team that wants to create chaos for its opponents by speeding up the game.

“They change the way you want to play and want to dictate pace,” Roper said. “I thought one of the keys for us was that we were able to, for the most part, break the pressure and then run our tempo. We were able to execute in the half court and get the shots we wanted to. We didn’t want to run up and down with these guys.”

Lynden slowed the game down in the second half and started to play more in the half court the way it has all year. It was as effective as it’s been all year as well.

Scoring a game-high 21 points was sophomore Jordan Medcalf, who was watching Lynden from the stands last year as a spectator.

Medcalf said setting foot on the court this year as a competitor and title contender is an unreal experience.

“This is your childhood dream to come out here and play,” Medcalf said. “You come here and watch your team from age 5 to 14.”

Hanenburg had a quiet night by his own standards, but still scored 12 points and pulled down eight rebounds.

As a team, Lynden shot 56.5 percent from the field while holding the Wildcats to only 38.9 percent.

It was in the trenches where the Lions’ size made the difference. Lynden outrebounded Toppenish 40 to 14 in the game.

“That’s what we do,” Roper said of the rebounding margin. “These guys are athletic and they’re big and we work on it every day. It’s hard when you have to block out Liam and other guys can come in there. I thought we did a really good job down the line on our defensive rebounding.”

The Lions held a 32-24 lead at halftime, but baskets were traded for part of the third quarter and Lynden wouldn’t pull away completely until the fourth.

Lynden started to get easy looks and second chances off offensive boards and the Lions’ lead was up to 20 with about two minutes left in the game.

Roper said he and the team are humbled to be back in the state semifinals.

“We didn’t dream when we started back in the summer that this team would end up in the final four, so we’re going to pause for a minute and just be thankful about that,” he said. “We’re going to give it our best shot tomorrow.”

Lynden will take on No. 3 North Kitsap at 7:15 p.m. tomorrow with a trip to the state championship on the line. It would be the third straight trip to the title game for the Lions having won it all in 2018 and 2019.