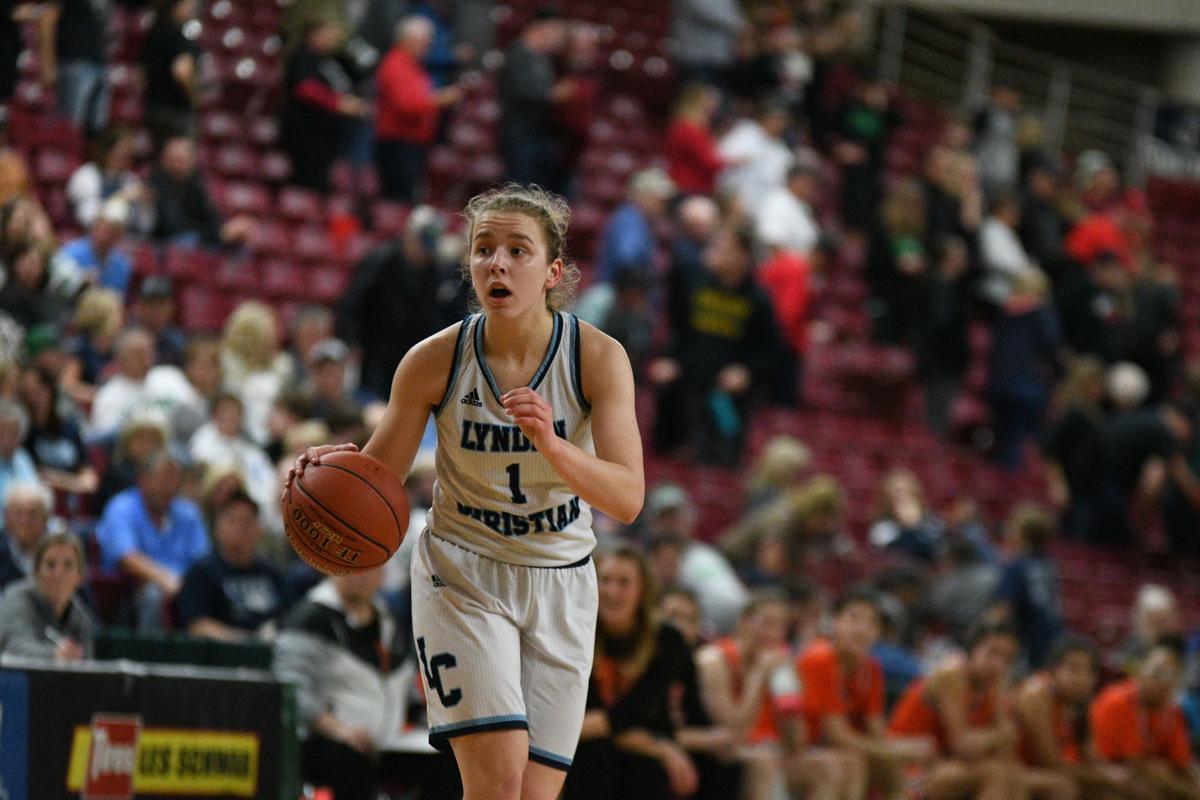 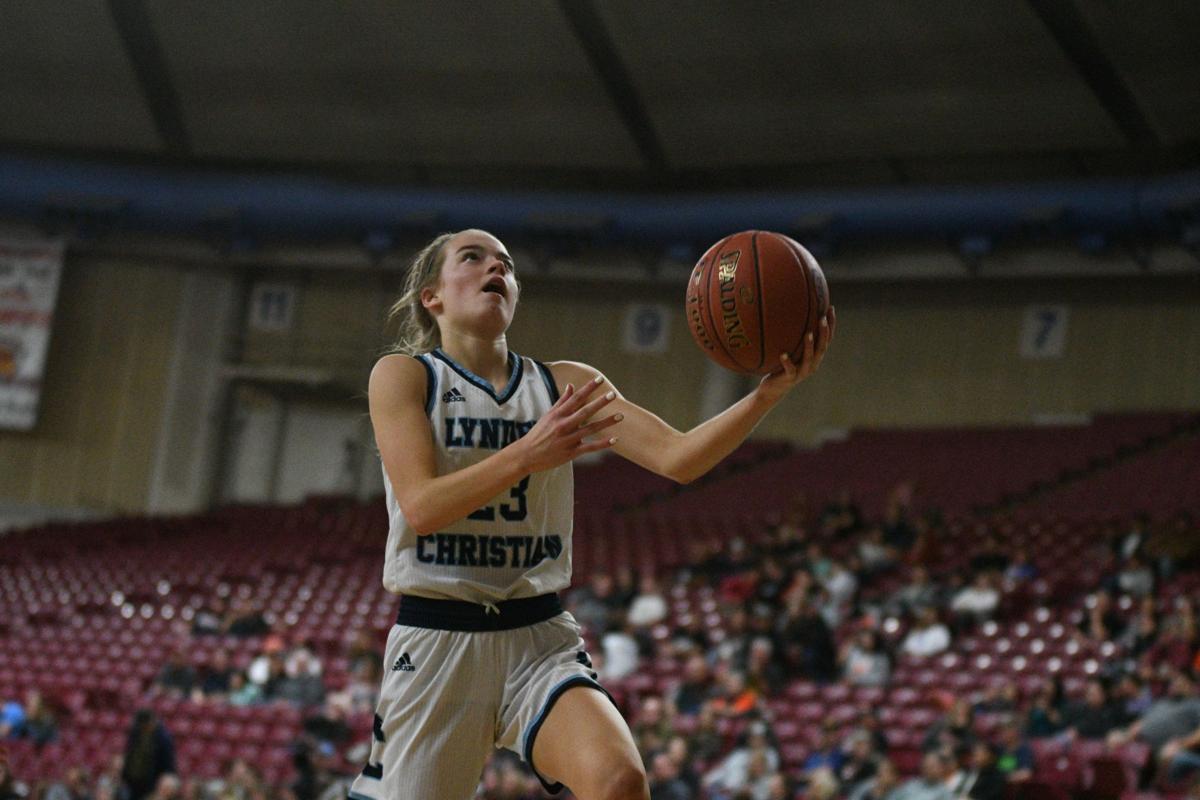 Junior Emily Mellema rises for a layup in the second half against Zillah. Mellema scored a team-high 15 points. (Hailey Palmer/Lynden Tribune)

Lyncs in a familiar spot in state tournament winner's bracket

YAKIMA — It wouldn’t be the semifinal round of the state tournament without the Lynden Christian girls playing. The Lyncs will be making another trip to the final four after cruising past Zillah 63-41 in the quarterfinals Thursday night at the SunDome.

Finding flow early in the game was a challenge for the Lyncs as the game was being called tight by the officials. Zillah was in the bonus with more than seven minutes left in the second quarter and it wasn’t much later that the Leopards were in the double bonus. At that same point, the Lyncs had two fouls called their way.

Lynden Christian coach Brady Bomber said all of the fouls being called took the Lyncs out of their rhythm, but they had to focus on what they could control and work through the frustration.

“We forced some balls there and were kind of playing some dissapointment defense on a few possessions,” he said. “We were able to just calm ourselves down and get back to some of the basics that makes our defense what it is.”

Bomber added some of the struggles on offense also came from the team simply not executing early on by being late in their rotations.

“Zillah does a lot of things that put a lot of pressure on us and we had to adjust as the game went on,” Bomber said.

The Lyncs held a 36-22 lead at halftime and kicked up the intensity in the third quarter outscoring the Leopards 20-6 in the frame.

Any adjustments Lynden Christian made at halftime showed immediately as the Lyncs started to push their lead in the second half, getting it as high as 31 points in the fourth quarter.

Bomber called Zillah a scrappy team on both ends of the floor and said the Leopards were able to chase rebounds down in the first half better than they did.

Mellema said the difference in the game for the Lyncs was just getting back to doing what’s worked for them all year. Playing together.

“What we’ve done all season is play off each other’s successes and just being able to carry off that has been a big thing for us in making runs and getting stops,” Mellema said.

Lynden Christian is now back in the semifinals of the state tournament for the third straight year. The Lyncs will play No. 4 Freeman at 9 p.m. Friday for a trip to the state championship.

For the coaching staff, getting to see a different group shine on the big stage doesn’t get old.

“Watching every group get their chance to go play at a high level, we enjoy that,” Bomber said.

Playing Freeman will give the Lyncs the exact opposite of what they saw in Zillah’s style of play.