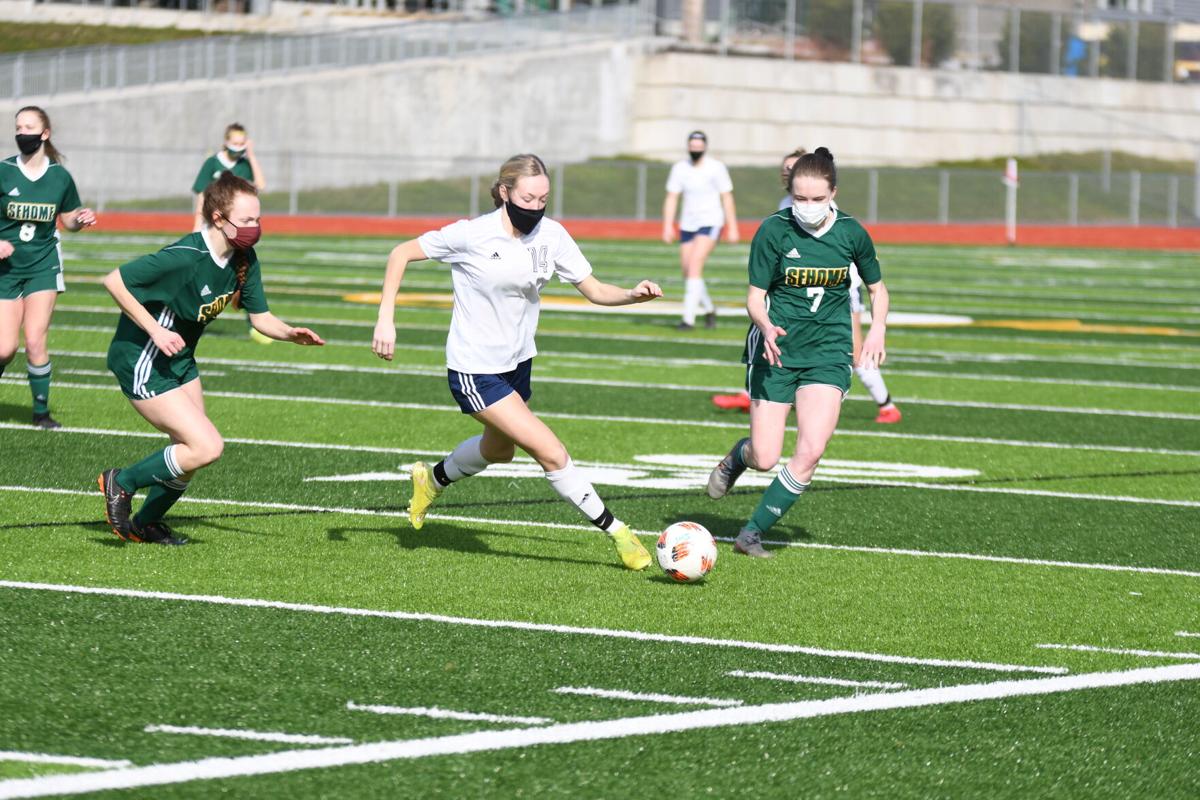 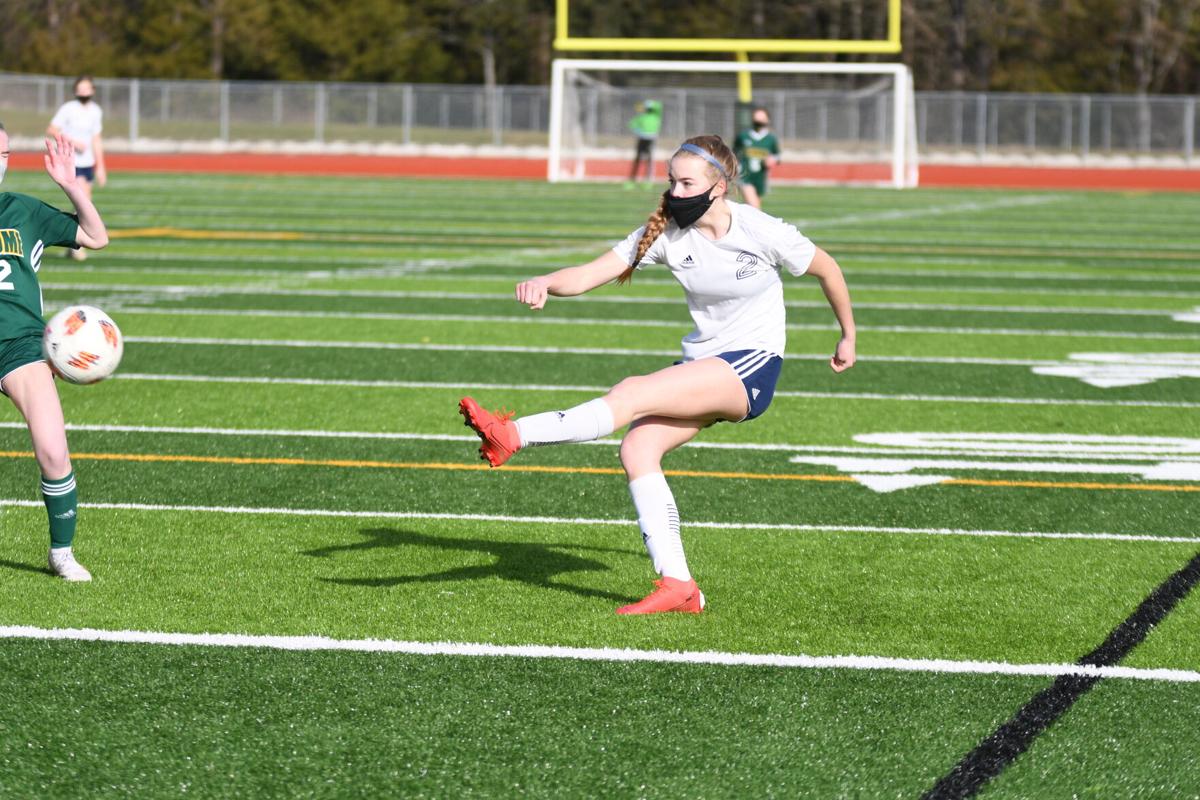 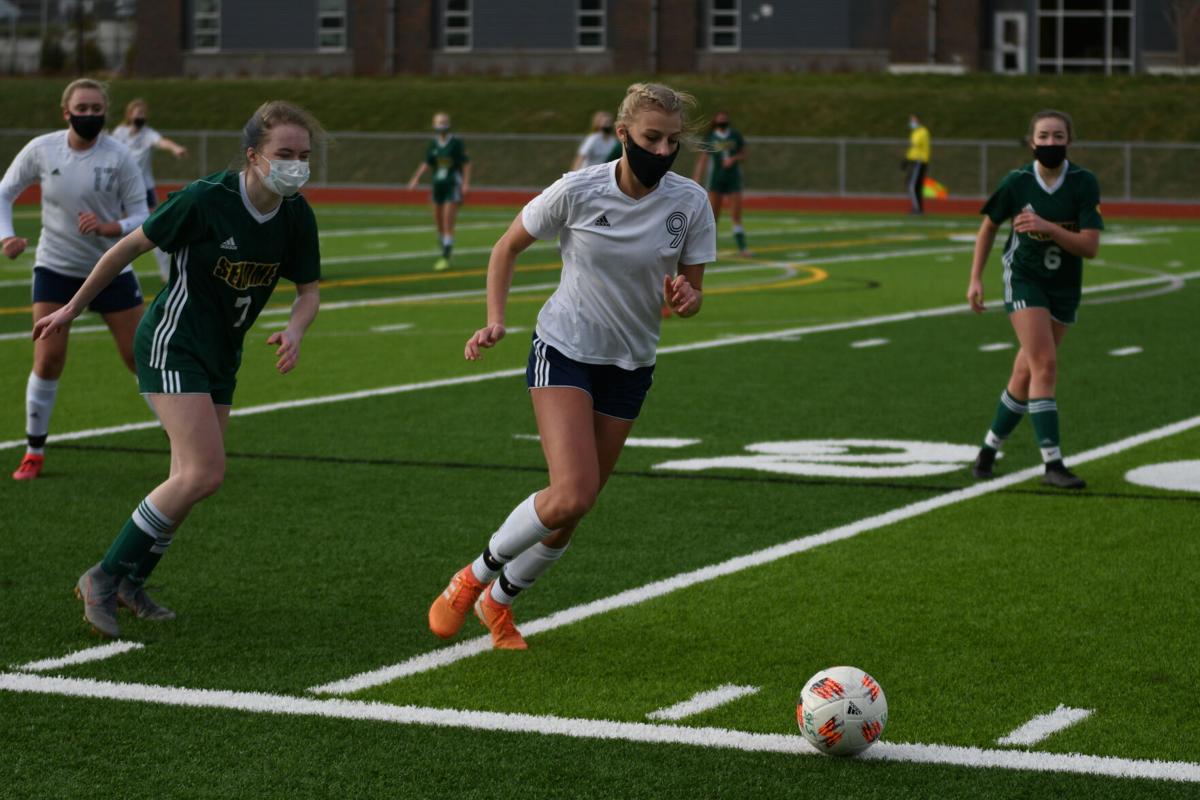 Both losses this year to top squads in Northwest Conference

BELLINGHAM — The Lynden Christian girls soccer team didn’t exactly get the luckiest draw with its schedule to open the season. The Lyncs’ first game was a 1-0 loss against Burlington-Edison, a formidable power in the Northwest Conference and three games later they were playing Sehome, another top team in the conference.

Lynden Christian dropped its Saturday afternoon match against the Mariners 2-1 and in the early goings of the season, the Lyncs are still trying to find ways to put everything together after starting the season 1-2-1.

Sehome put the pressure on Lynden Christian from the start and got on the board first with a goal in the 14th minute. The Lyncs were playing defense for much of the first half only getting a few opportunities on the other end offensively.

“(Sehome) had a couple really good chances,” he said. “We talked about that at half and we can’t let chances dictate how we play.”

DeRuyter also gave credit to the Mariners’ ability to control the pace of the game with their ball movement.

“There’s a ton of speed out there and (Sehome) moves well with the ball,” he said. “We had a hard time talking through where they were coming from. Once we did and got in their back and got physical I think we frustrated them a little more.”

Lynden Christian trailed 1-0 at halftime and while Sehome still looked to be in control in the second half, the Lyncs looked a little more in sync coming out of the break.

DeRuyter said he thought the team was tighter defensively in the second half, but just couldn’t get over the hump to get ahead.

“I thought we responded very well,” DeRuyter said. “We came out of halftime and created some things.”

The Lyncs wouldn’t get on the board until late in the second half on a goal by senior Emily Mellema coming off of a corner kick. Senior Kiley Roetcisoender had the assist.

Mellema said they were able to find a bit of rhythm late in the game which finally led to some opportunities.

“Once we got the flow going of getting the ball moving in the middle and finding people out wide and being able to use our defenders we were able to connect better and get open shots on goal,” she said.

The final whistle blew not long after Mellema’s goal, but nearly getting the game to a tie against one of the best teams in the conference was a statement in itself for the Lyncs.

“There’s a ton of club players on that team that are playing 10 months out of the year,” DeRuyter said. “For us to hang with them and get that late one and still press and get close to getting a draw, I think, says something about the girls.”

DeRuyter said the team is starting to realize that regardless of the result of the game, they can play with any team.

Mellema said confidence will be big for the Lyncs moving forward this season.

“We just need to have the confidence knowing we can trust every single person on our team and just go toward one person,” she said.

Lynden Christian will have a few days off before its next game Wednesday at Ferndale at 3 p.m.