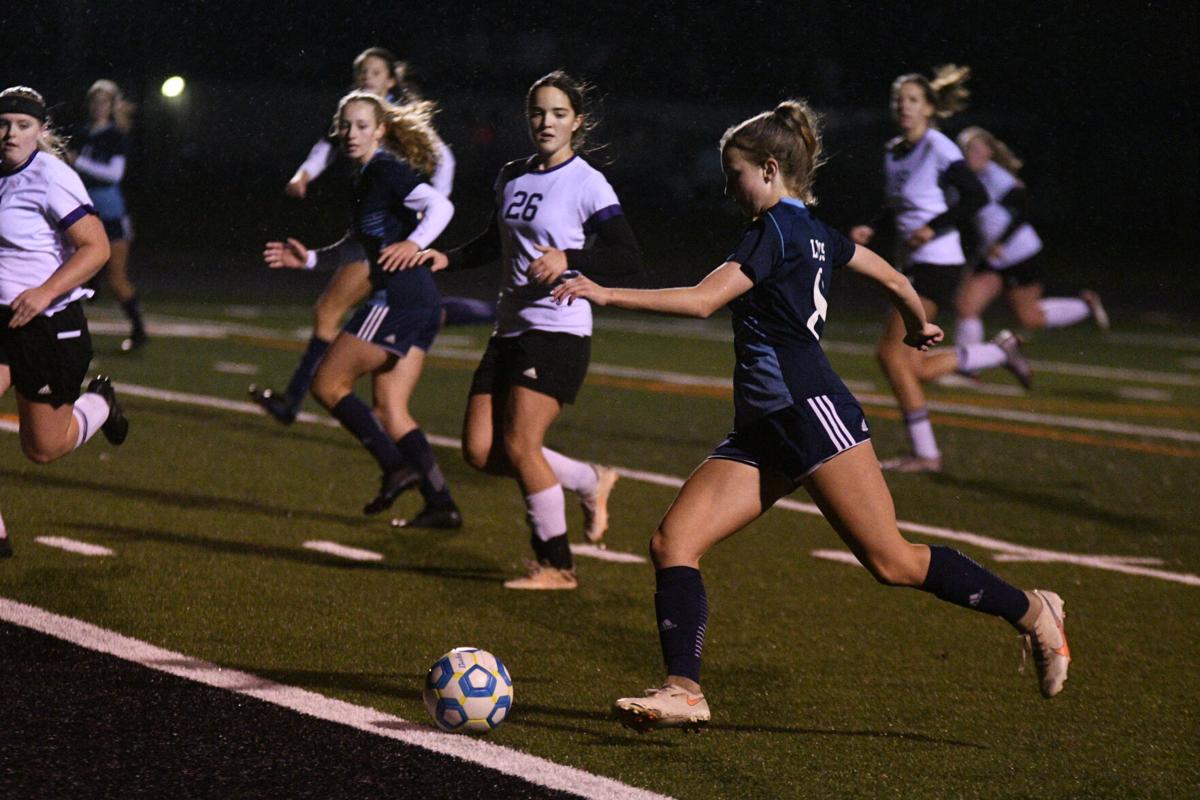 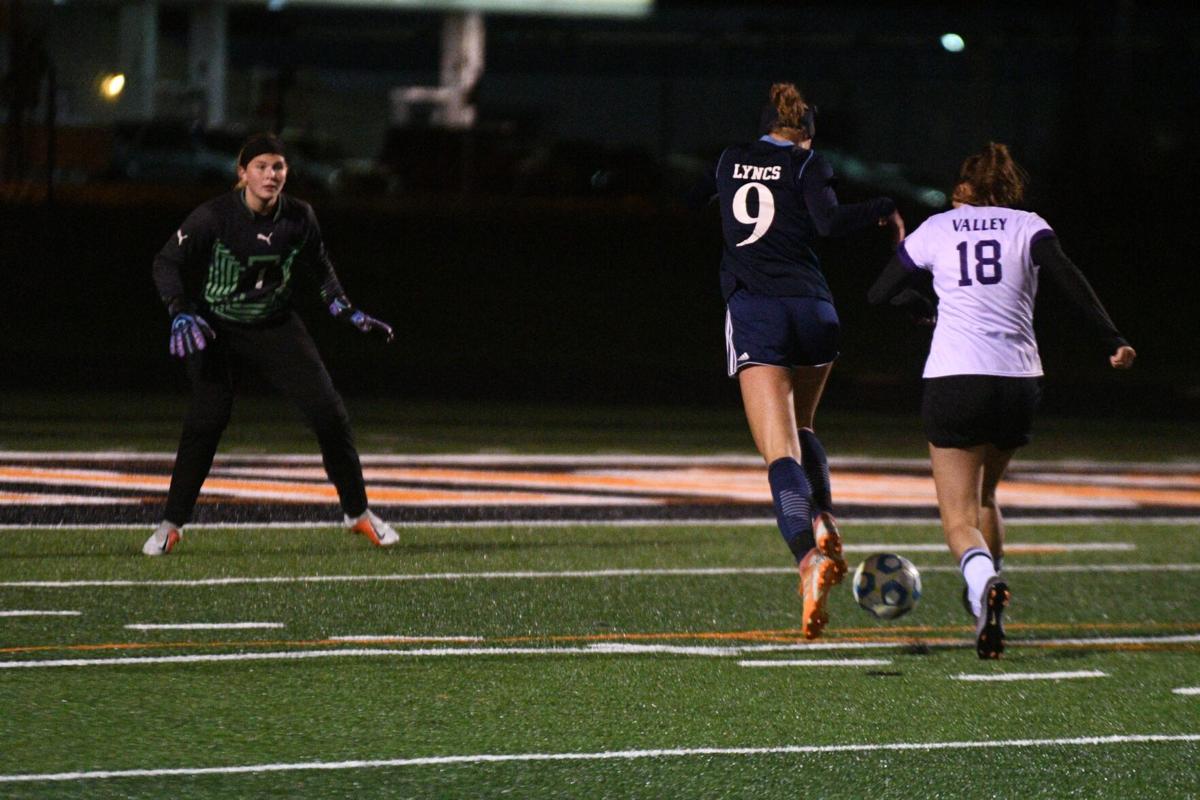 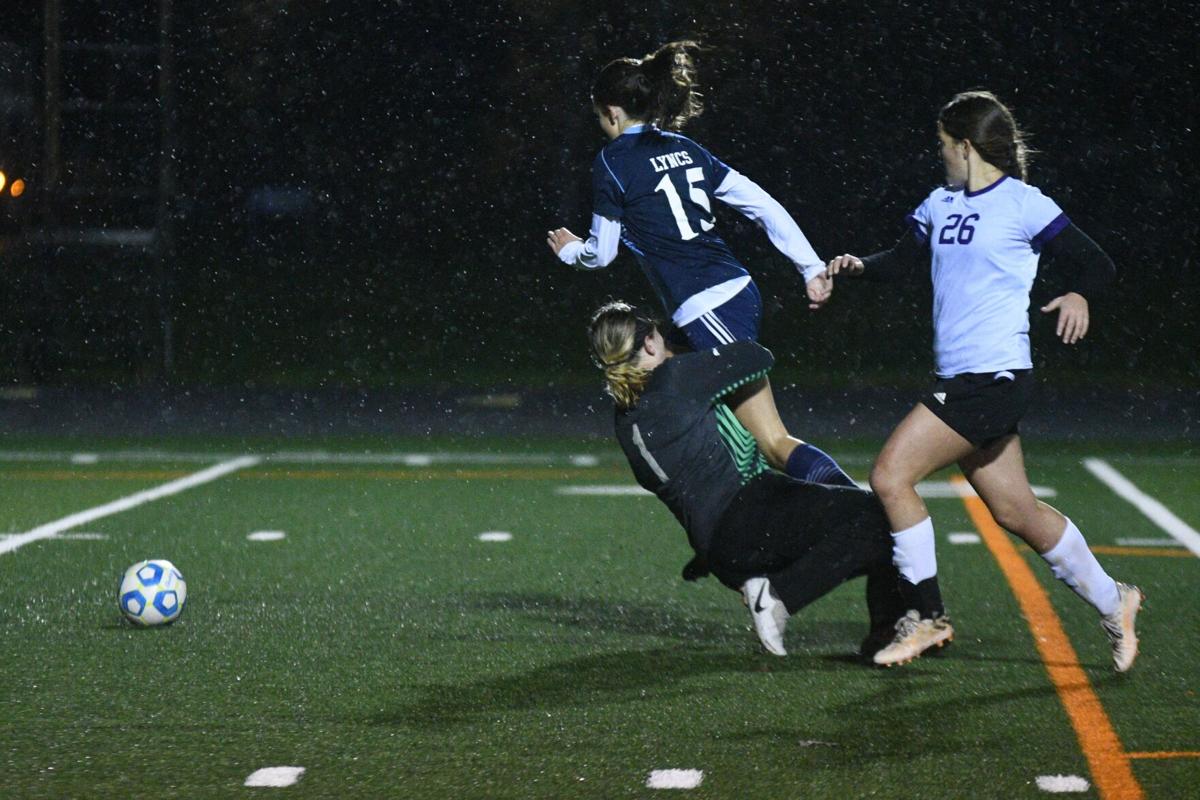 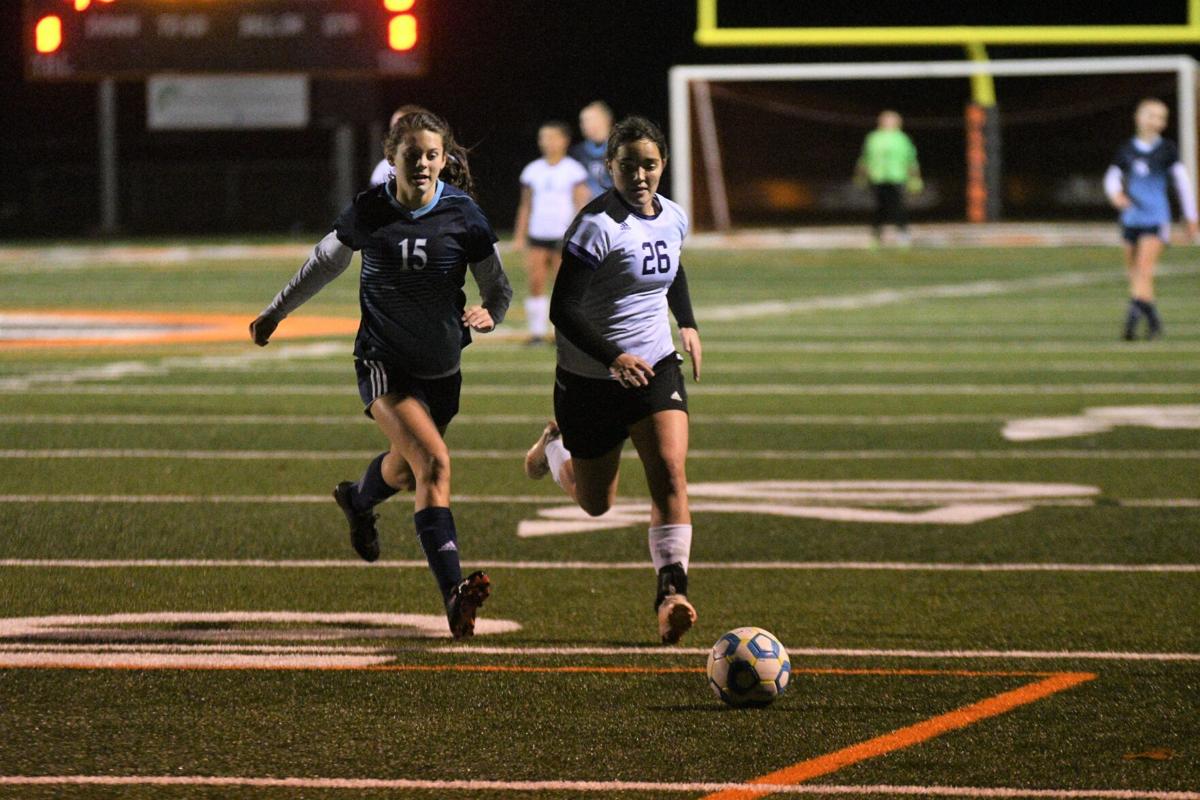 BLAINE – The Lyncs looked determined not to let their season end early.

No. 3 Lynden Christian advanced to the 1A District 1 championship following their statement victory over No. 4 Nooksack Valley on Tuesday night.

They will face No. 2 Meridian in the final round of the district bracket that will determine the second 1A berth into the District 1/2 crossover, beginning Saturday, Nov. 6.

“We’ve been preaching ‘refinement,’ that’s been our word for the week,” said Brent De Ruyter, the Lyncs’ head coach. “We just need to refine what we’re doing — at this point in the season you’re not going to make season changes, drastic changes, and that’s what they’ve been thinking about and training with.”

Coming into this game against the Pioneers, the Lyncs had the clear advantage. They had won the teams’ previous meeting in the regular season 4-0.

The Lyncs looked the part as the match began.

LC’s senior midfielder Lexi Kaptein got her team on the scoreboard early with a goal in the 8th minute.

Nooksack Valley had some chances to score early in the first half; the most notable being a missed penalty in the 22nd minute that could have tied it up.

For the most part, the Lyncs kept the ball on the Pioneers’ defensive half for most of the initial period of play.

LC had multiple shots on goal — some missed, and others saved by Nooksack Valley’s junior goalkeeper Alex Veening.

Kaptein scored her second goal of the match in the 33rd minute, giving the Lyncs a 2-0 lead.

The Pioneers had another shot to get back into the swing of things but missed a free kick right as the half ended. LC took their two-point advantage into halftime.

“I felt like the first half we were a little flat, not very refined, so that’s what we talked about at half time,” De Ruyter said. “Make simple adjustments, respond to the turf, and I thought the second half looked a lot better.”

Similar to the beginning of the game, the Lyncs wasted no time going back on the attack. Senior forward Sierra Kruyswijk put LC up by three on a breakaway goal just two minutes into the second half.

“I especially think we did a really good job compacting on defense and opening them up on offense, just swinging the ball through the defense at midfield,” Kruyswijk said. “I think we did, overall, really good. It was a good matchup.”

Three minutes later it seemed like the lead would grow further, but an LC goal in the 45th minute was waived off due to an offsides call.

Both teams would go back-and-forth for another 10 minutes before the Lyncs matched their previous score line from earlier in the season of 4-0. Freshman midfielder Ellie VanLoo got the goal this time around in the 52th minute.

Then, there was a lot of defense.

Nooksack Valley managed to keep the ball on LC’s defensive half for a large portion of the remaining time.

The Pioneers were able to get on the board via an empty-net goal by junior midfielder Claire Hopkins in the 75th minute, preventing the LC shutout.

Nooksack Valley’s season was over after the buzzer.

For the Lyncs, they feel good about their next opponent. LC played Meridian in their fourth match of the season, ending in a draw at 1-1. They have every reason to feel optimistic heading into this next contest.

“We matchup very well, it was tough battle at their place [last match],” De Ruyter said. “I think they [De Ruyter’s team] are prepared, I really do. Meridian always brings physicality and energy, so I feel like watching them play against Blaine the other night we learned some things we can adjust to.”

“We’re ready, we’re ready for them,” she said. “They also took our second seed, so we’re kind of, not playing with a chip on our shoulder, but we’re ready to beat them.”

The Thursday, Nov. 4, matchup between LC and Meridian is scheduled for 7 p.m. at Blaine High School, in a loser-out, winner to the crossover contest.