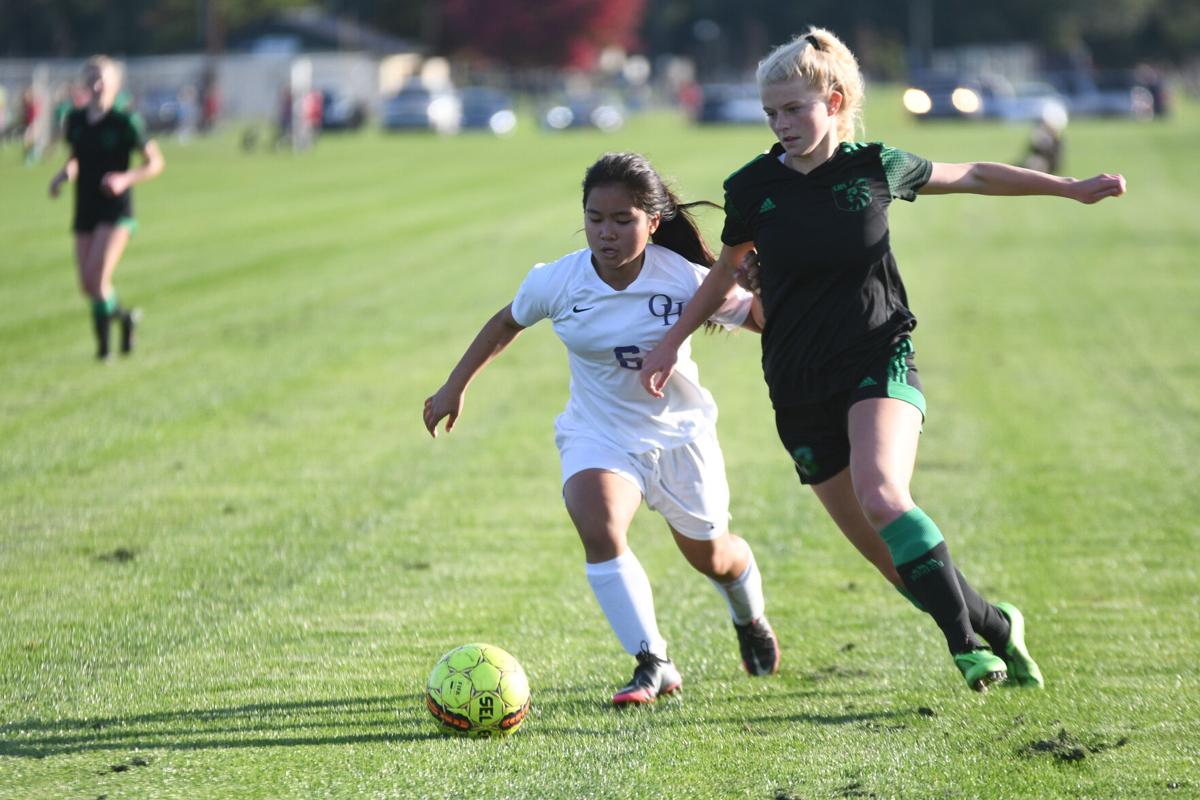 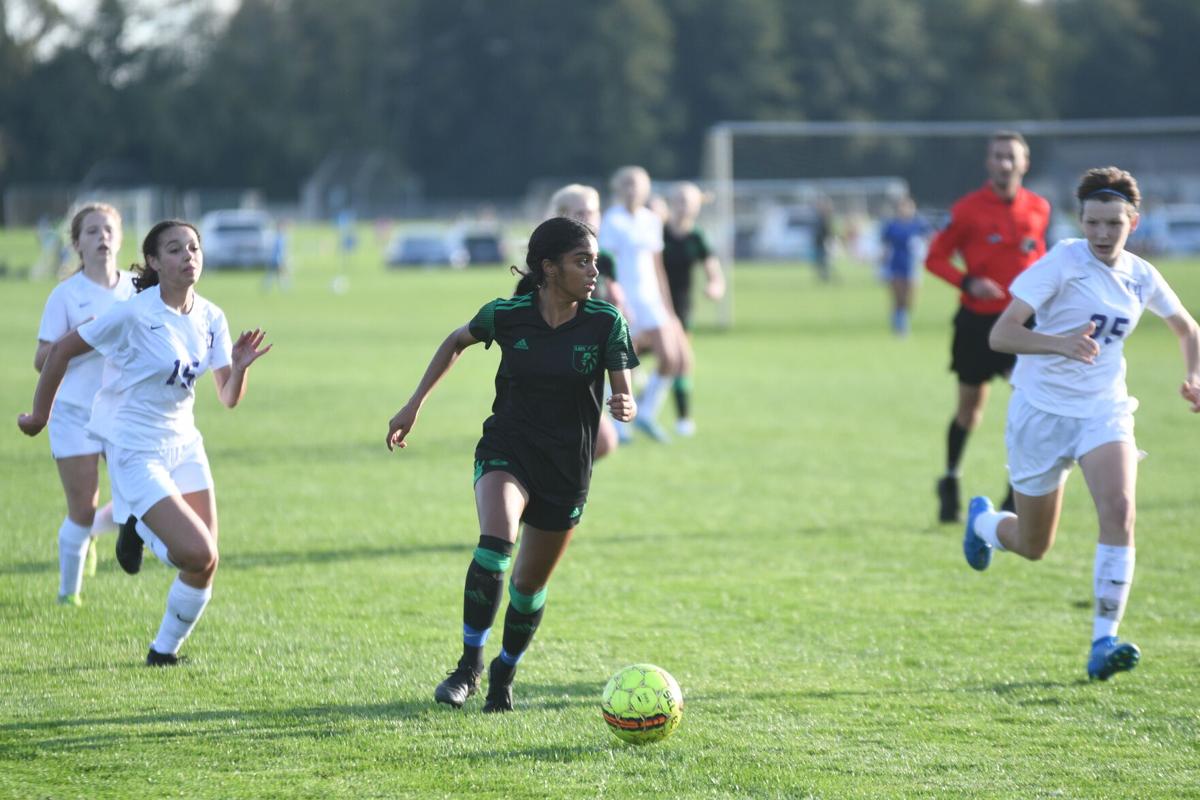 LYNDEN -- Lynden cruised to a 5-1 victory over Oak Harbor on Thursday evening.

The Lions won their second-straight game in an important league matchup against the Wildcats on their own pitch.

From the beginning, it looked like the Lions may be in for a good one. However, an early Oak Harbor goal did everything but set the tone for the rest of the match.

Carlos Melendez, Lynden’s head coach, said it was exactly what his team needed.

“I think it kind of kicked us in the butt a little bit to get us going,” Melendez said. “Going down 1-0 can either break you or motivate you, and fortunately today it motivated us.”

Junior forward Megan Sloane scored back-to-back goals to give the Lions the advantage. Her first in the 10th minute and second in the 20th.

“I realized we were on our heels and that’s not the situation we wanted to be in,” Sloane said. “I knew one goal would turn it around, and it ended up we opened some flood gates.”

Lynden got one more goal before the half. Sophomore midfielder Ella Frerichs scored on a long kick into the back right corner from a tough left-side angle in the 42nd minute.

The Lions played stellar defense, keeping the ball on the opposing side of the field for what felt like the whole match.

They kept building on that 3-1 lead in the second half.

In the 50th minute, junior midfielder Adia Newcomb converged on a close miss by freshman midfielder Evelyn Salvidar that pinged off the right post. Newcomb was there in a split second to finish off the goal. Newcomb also had two assists on the evening.

“You always have to finish. I mean that was all of my team getting the ball, crossing, shooting,” Newcomb said. “I just finished it.”

Junior forward Asees Buttar had a hand in her team’s offensive effort all night long. She had already accumulated two assists by the time she finished Lynden’s scoring off with a goal in the 76th minute.

The Lions scored five goals of their own and held Oak Harbor off for more than 70 minutes after their initial point.

Next up for Lynden is a trip to Sehome (7-1-1 overall, 7-0-1 league) for a battle among two top-five Northwest Conference teams. That game is on Saturday, Oct. 9.

“I think we’re ready,” Sloane said. “We want to see how we can face against one of the top opponents in the conference and we want to see what our team has.”