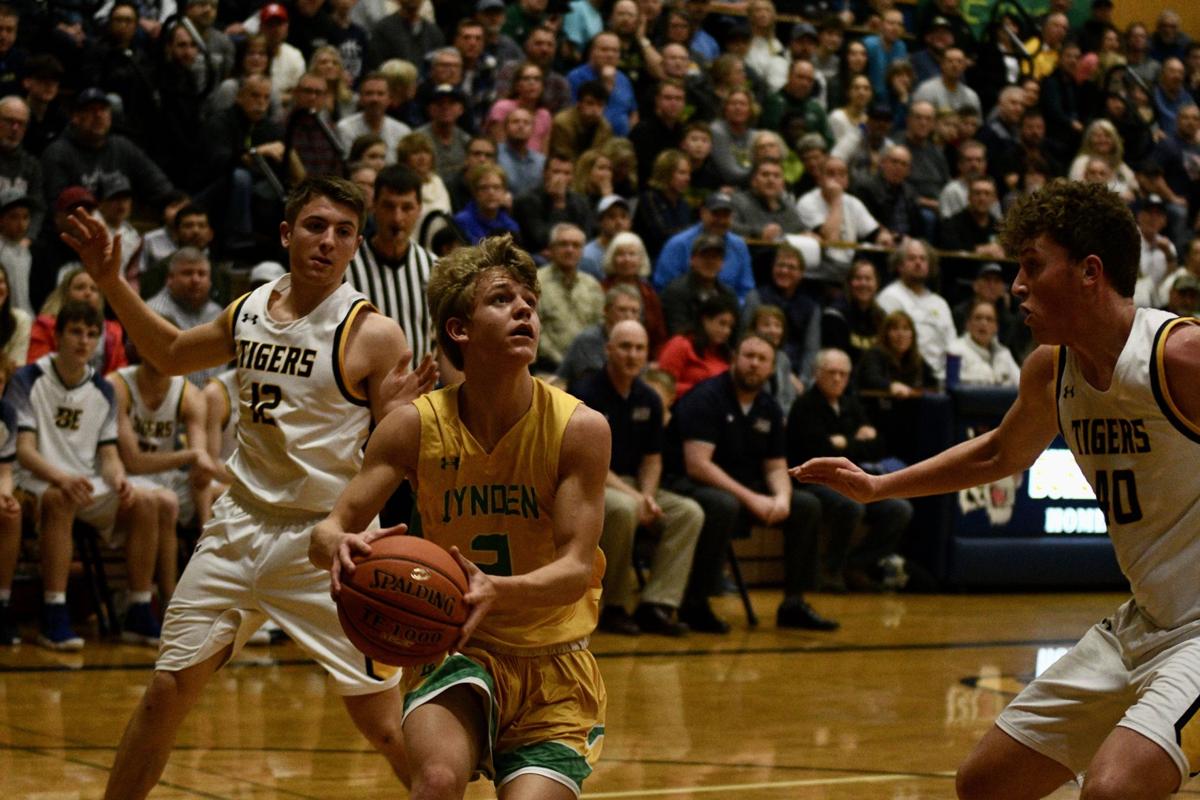 Junior Koby Whitman goes in for a layup in the first half of Lynden's loss to Burlington-Edison Saturday night. (Hailey Palmer/Lynden Tribune) 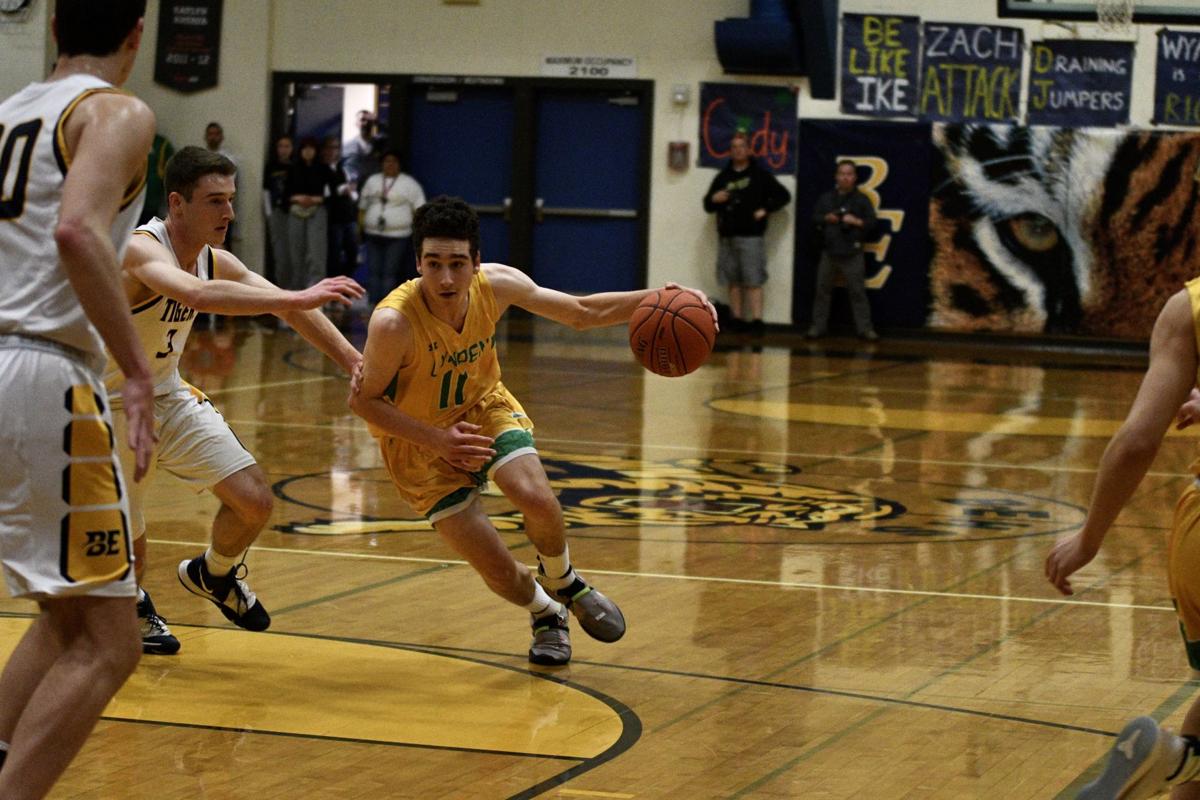 BURLINGTON — The youth of the Lynden boys basketball team finally caught up to them Saturday night against Burlington-Edison. With the Northwest Conference title on the line, the Lions fell to the Tigers 58-49 to finish second in the conference.

The Tigers were able to find the easy shots from the get-go and led 17-9 after the first quarter. On the other end of the court, they took away good looks at the basket for the Lions.

“They’re one of the last all-man [defense] teams in our league,” he said. “We got a little panicky and ended up settling for shots we didn’t want.”

Burlington-Edison led by as many as 10 in the first half, but Lynden kept it close. Senior Brock Heppner hit a 3-pointer with two minutes left in the half to bring the Lions within four. The Lions also started to find junior Liam Hanenburg inside and trailed 26-22 at the end of the first half.

Lynden stayed within striking distance in the third, but Hanenburg found himself in foul trouble midway through the quarter and had to sit.

Heppner hit another clutch 3-pointer to cut the Tigers’ lead down to two, but that was as close as the Lions would get the rest of the way.

Roper said he thought his team looked young at times during the game.

It looked like Lynden was gaining some momentum when junior Koby Whitman hit a layup at the buzzer to bring Lynden within five and trailed 40-35 heading into the final frame, but the Tigers went on a run to start the fourth and stretched their lead back out to nine early in the fourth.

“Every time we were close they would hit a big shot or make a clutch lay-in and we just could never get back,” Lynden guard Jordan Medcalf said.

Roper said his team just couldn’t find a way to play with the lead and knew they were going to be tested all night.

“We knew it was going to be tough,” he said. “They made shots early and I felt like we were playing uphill all night. Even when we got down within two, we just weren’t able to get over the hump and play with the lead.”

Medcalf led the Lions offensively, shooting 100 percent from the field and at the free-throw line for 15 points.

“It never seems like the moment is too big for him,” Roper said. “He’s a confident kid. He didn’t miss a shot tonight and I wish we’d gotten him a few more looks.”

Medcalf said he knew he and sophomore Kaleo Jandoc would have to step up if they wanted to win. Jandoc scored eight points for the Lions.

“We tried, all of our teammates tried really hard, but we just didn’t get it done,” Medcalf said.

The win gives the Tigers the No. 1 seed in the district tournament and the Lions the second seed. Heading into the postseason, Roper said the Lions are going to have to execute better in high-pressure environments and clean up the little things.

“Taking care of the basketball and running our offense with better precision,” he said. “Our effort is good, we just gotta get a little sharper on the details of the game.”

Medcalf credited the Tigers and said the Lions have to put a focus on their defense over the course of the postseason given they’ll likely see the Tigers again leading up to the state tournament.

“They just have more experience and were the better team tonight,” Medcalf said. “We’ll get back after it and hopefully see them in a month.”

As the No. 2 seed, the Lions will play at 7 p.m. on Saturday, Feb. 15, against an opponent that is still to be determined as the district tournament plays out.