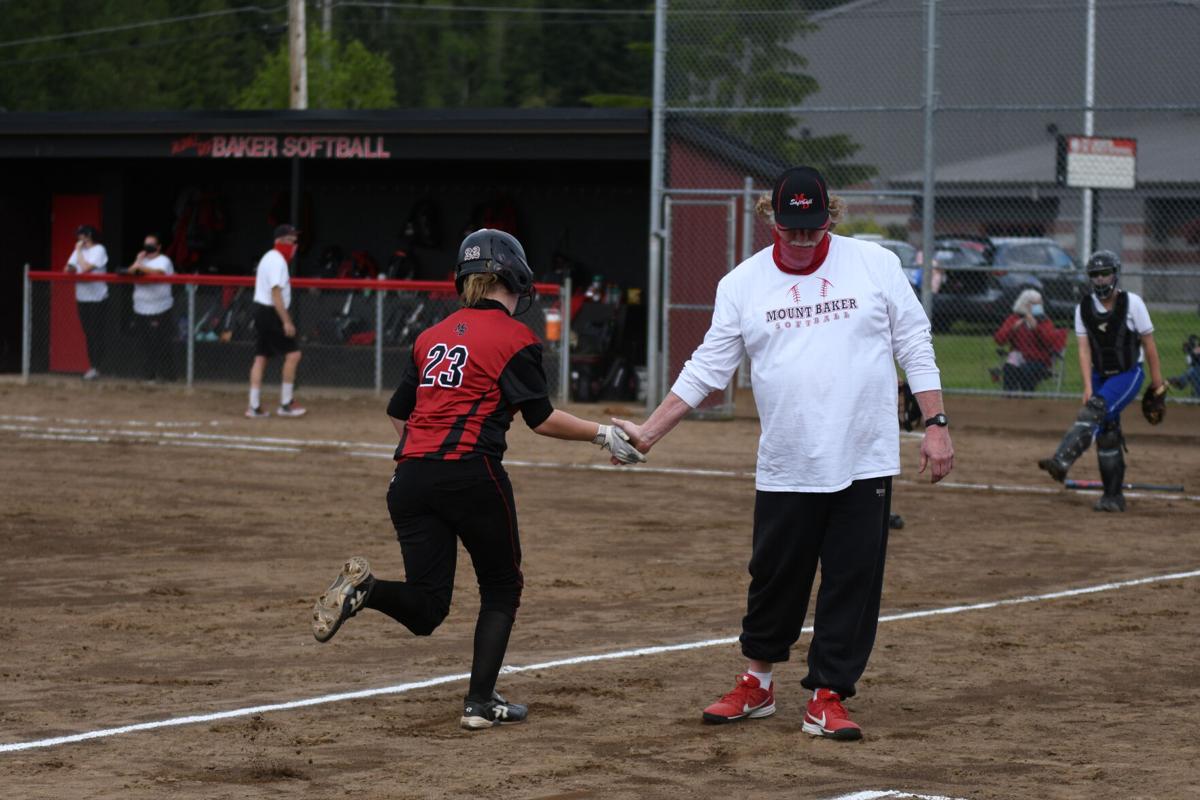 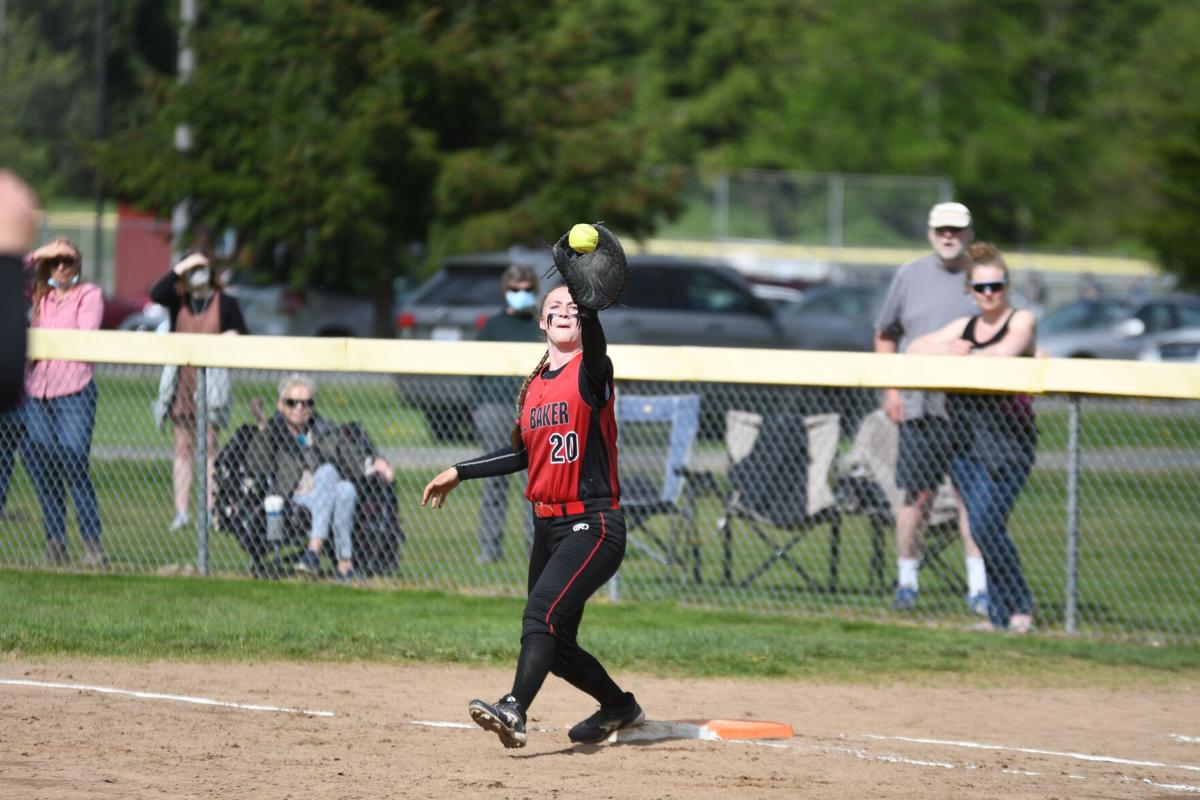 Mount Baker's Ripley Reardon records an out at first base. (Hailey Palmer/Lynden Tribune) 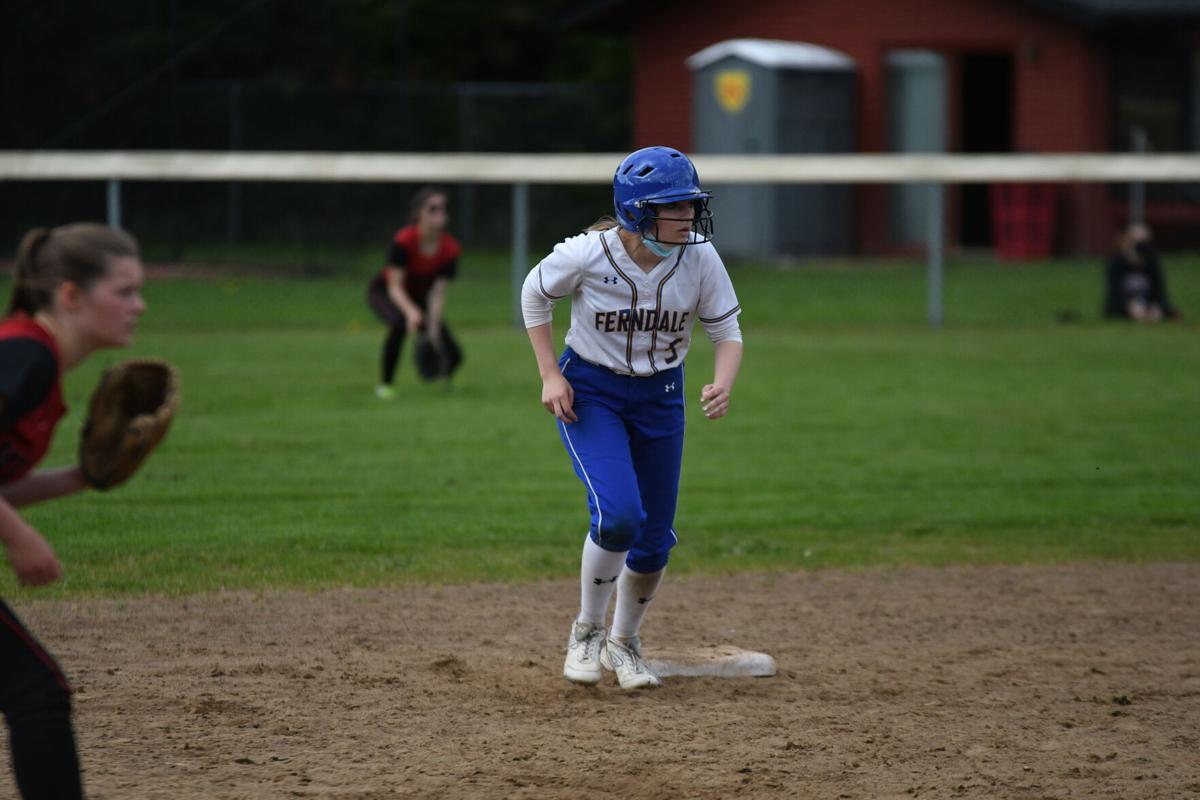 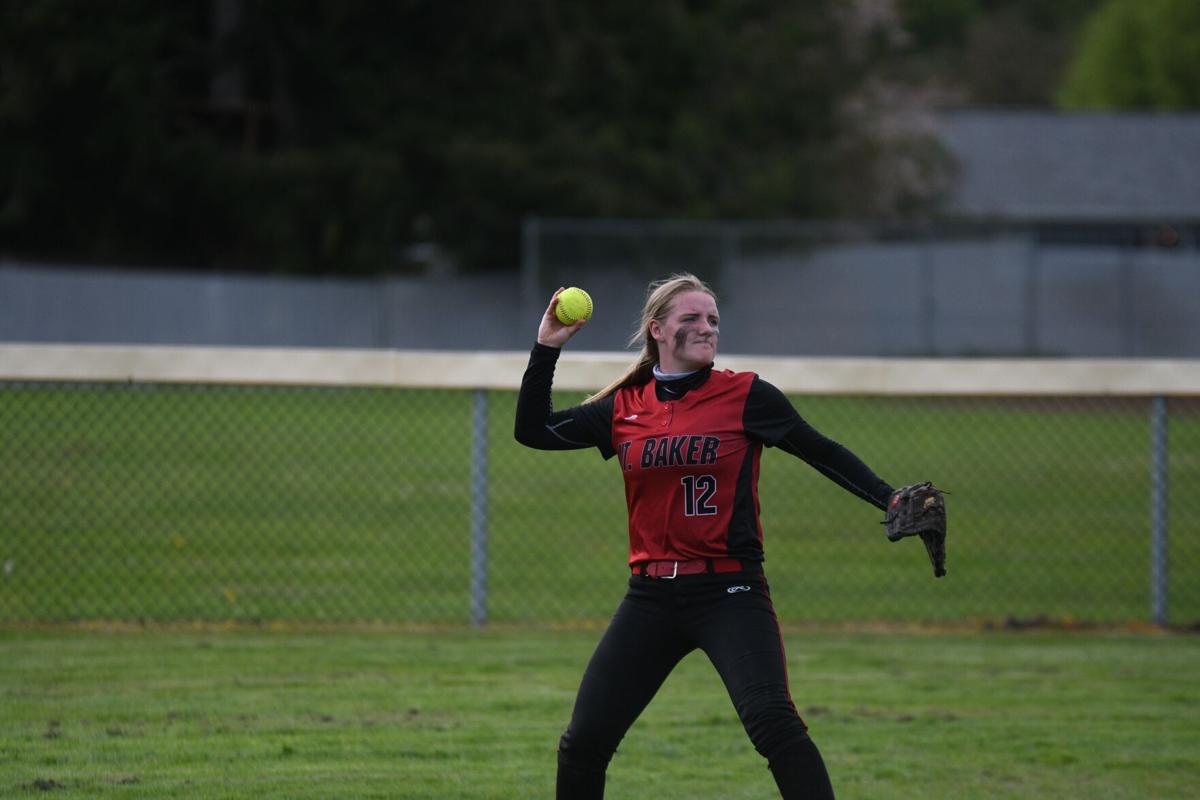 Mount Baker's Madison Barter throws from the outfield after recording an out. (Hailey Palmer/Lynden Tribune) 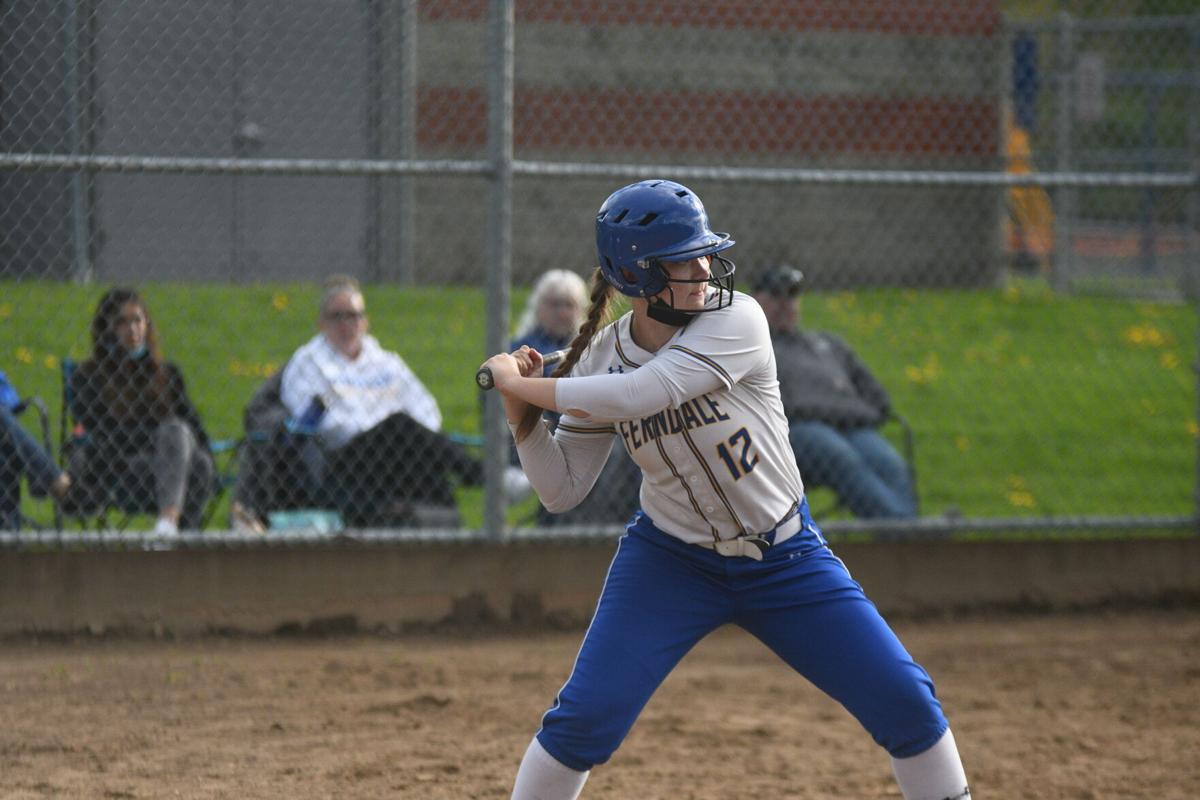 Mounties get to .500 this season with wins over the Golden Eagles

DEMING — The Mount Baker softball team improved to 6-6 this season after a doubleheader sweep of Ferndale Friday evening.

Two dominant outings from pitcher Ava Jeretzky in the circle for the Mounties highlighted 11-1 and 16-6 wins over the Golden Eagles.

Mount Baker was in control from the start in the first game when Jeretzky helped her own cause with a three-run home run in the first inning to put the Mounties ahead 4-0 after Ashlynn Cloninger had scored earlier in the inning.

The Mounties added another run in the inning and were ahead 5-0 after one.

Jeretzky retired the side in order in the second and Mount Baker went right back to it offensively, chasing Ferndale starting pitcher Payton Akers with one out in the bottom half of the inning after an RBI single from Taite Reardon.

Errors from the Golden Eagles led to extra base runners for the Mounties and they capitalized on just about every opportunity they were given.

Cloninger added another RBI single in the bottom of the fifth and Kaitlyn Rosenburg brought a run in as well on a single. Cloninger scored the game-winning run on a wild pitch and the Mounties picked up the win by the 10-run rule.

“That first game was probably the best we played all year for a full game start to finish,” Mount Baker head coach Ron Lepper said. “We’ve been scoring some runs the last couple of games.”

While Mount Baker won by 10 runs in the second game as well, it was hardly the same story.

Rosenburg got the start for the Mounties and was roughed around by a Golden Eagles offense that came out swinging in the second game.

Ferndale senior AnaReece Weston ripped a double into the outfield on the first pitch of the game, setting the tone for the Golden Eagles early.

Junior Jordyn Thompson followed suit with a two-run blast over the fence and just like that Ferndale led 2-0.

Thompson picked up two more RBIs in the second inning on a double that extended Ferndale’s lead to 4-1. Golden Eagles senior Hannah Mattingley also singled to bring in a run and push the lead to 5-1 after two innings.

The Mounties brought Jeretzky back in to pitch in the third inning and she picked up right where she left off from the first game.

“Kaitlyn was off a little bit. She’s been really good for us all year,” Lepper said. “I just thought we’d make a change and Ava really gutted it out. She pitched really well and our bats came alive.”

With Jeretzky dealing in the circle, the Mounties were able to calm down and start chipping away at the four-run deficit.

An RBI single from Jeretzky and RBI groundout from Reardon in the third brought Mount Baker back within two runs.

A bunt single from Madison Barter in the fourth inning brought in a run and the Mounties took back the lead for good on a Rosenburg RBI single that drove in two. Jeretzky also added on to her big night offensively with an RBI triple in the inning to give the Mounties a 7-5 lead.

“We just knew if we were disciplined at the plate we’d give ourselves a chance because their pitchers aren’t going to throw 70 miles an hour and strike everyone out,” Lepper said. “We just had to be patient. I was really pleased with how they responded to that.”

Ferndale brought it back within one run in the fifth inning on an RBI single from Weston, but Jeretzky locked back in and picked up her second win of the day in the pitcher’s circle.

The Mounties scored nine runs across the fifth and sixth innings to win by the 10-run rule again. Barter, Reardon and Rosenburg contributed RBIs.

Lepper said the team was finally able to capitalize on errors instead of committing them.

“Ava pitched well and we didn’t have very many errors,” he said. “That’s been our biggest issue. We’ve given away some runs a lot this year, unfortunately, which makes it tough on us.”