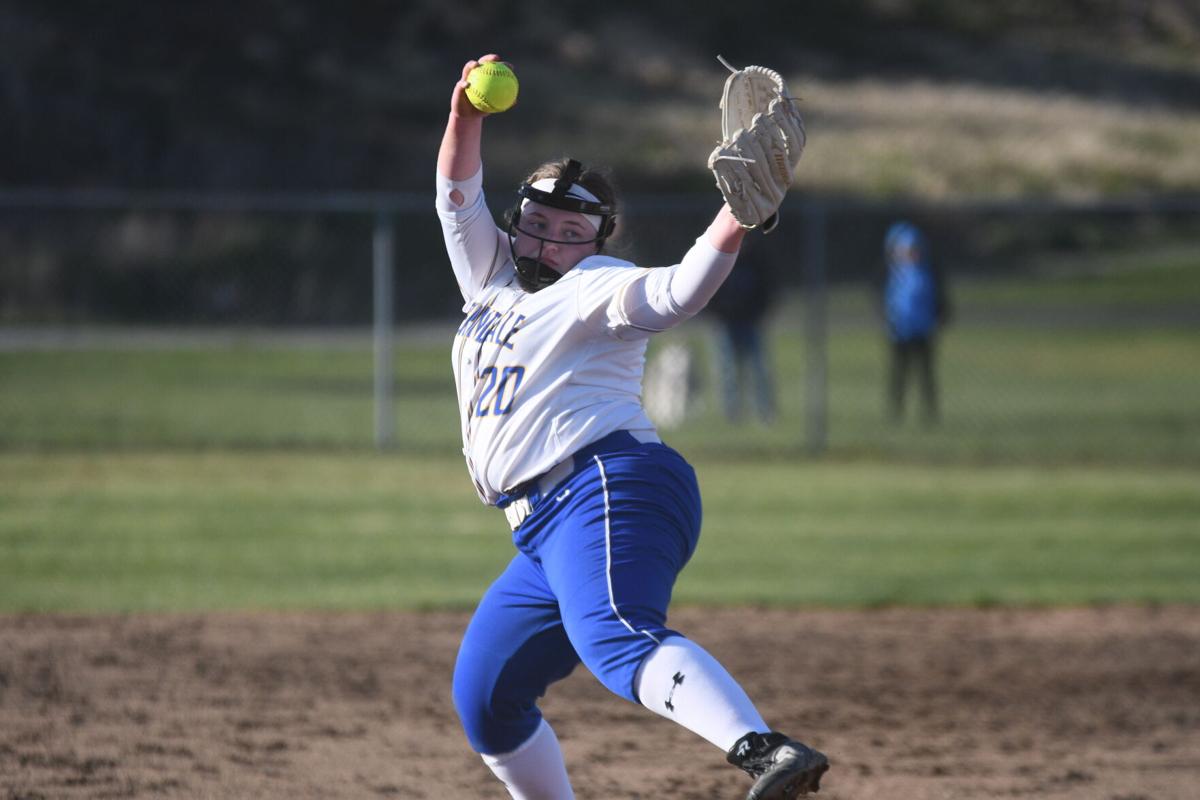 Ferndale senior Hannah Mattingley picked up the win in the circle for the Golden Eagles Monday evening. (Hailey Palmer/Lynden Tribune) 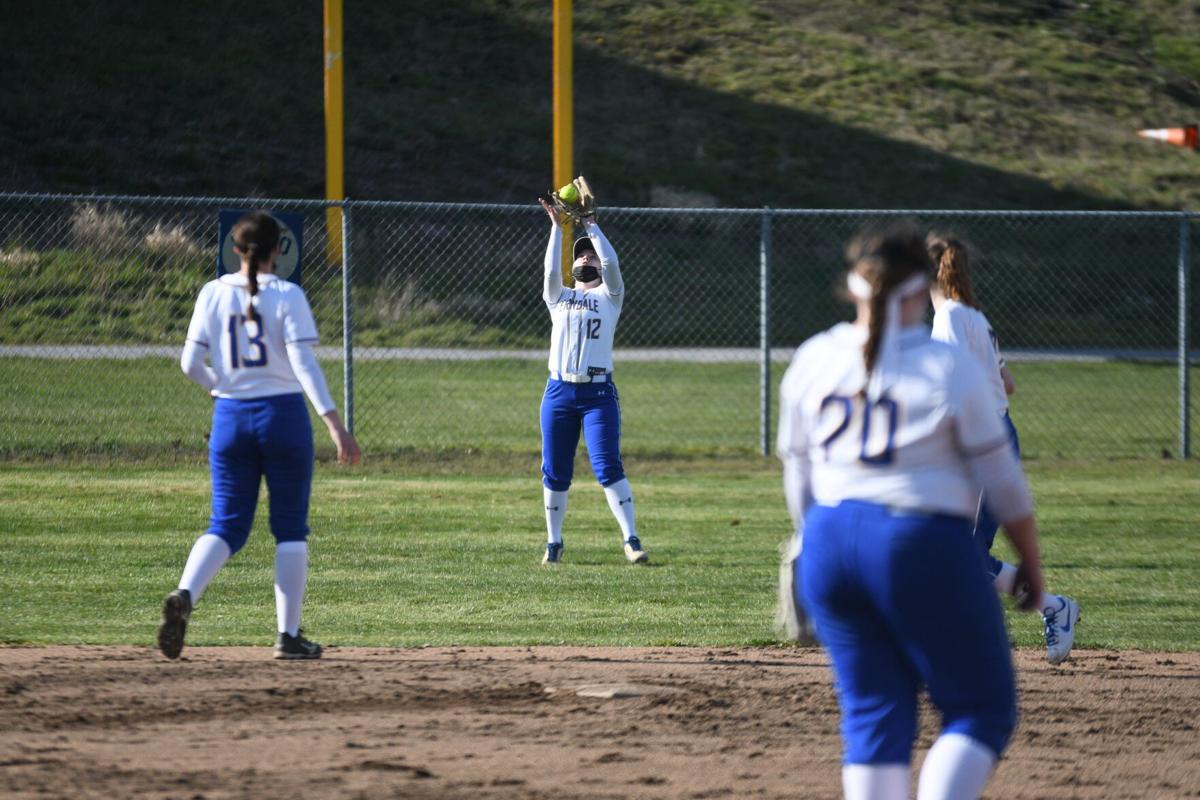 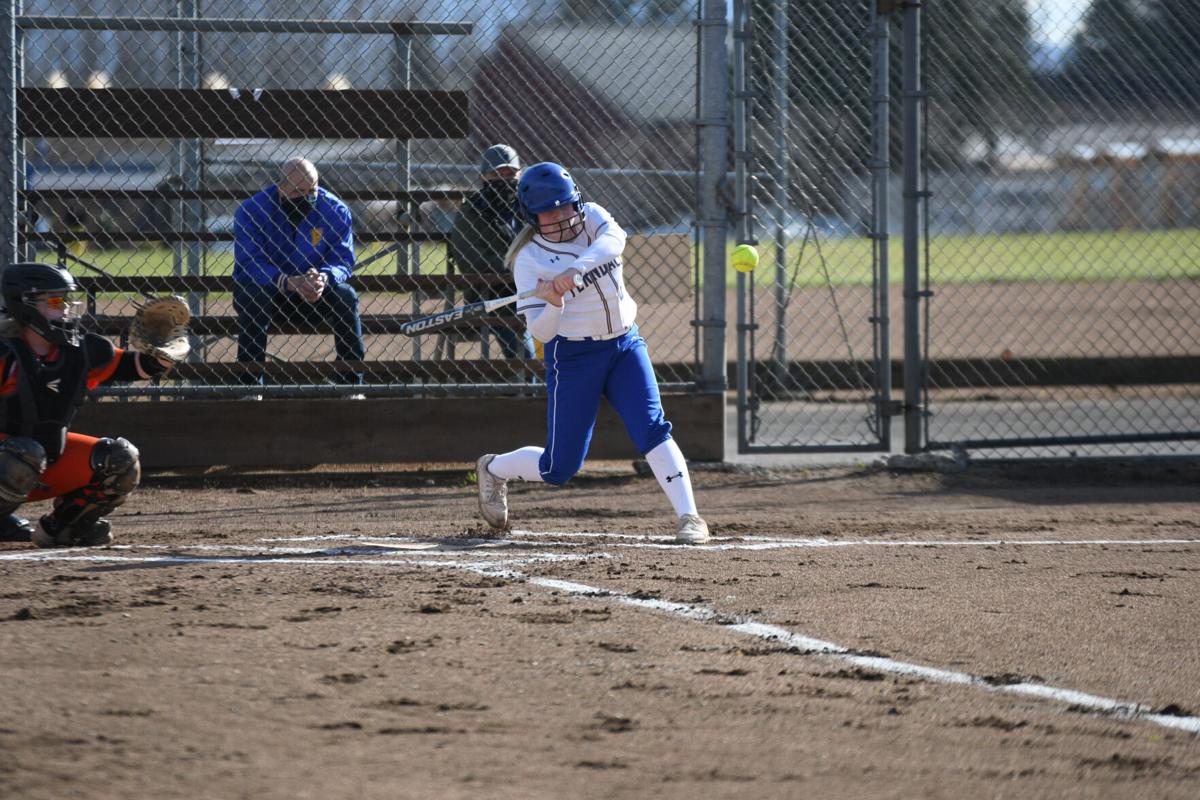 FERNDALE — High school spring sports were hit hardest by the coronavirus pandemic, having completely lost an entire season last school year. Those spring athletes have finally hit their fields again and Ferndale and Blaine got the high school softball season underway with the Golden Eagles picking up a 7-2 win.

The Borderites jumped out to a quick 2-0 lead in the first inning and immediately threatened again with the bases loaded in the second inning, but Ferndale pitcher Hannah Mattingley shut the door on the inning.

The Golden Eagles tied it up in the bottom of the fourth inning and took a 3-2 lead in the fifth thanks to an RBI single from junior Jordyn Thompson that brought in sophomore Payton Akers.

Ferndale added four more runs in the bottom of the sixth and Mattingley closed it out in the seventh to get the Golden Eagles their first win of the season.

The Golden Eagles did all their damage with two outs in the sixth inning. Akers got an RBI infield single, senior AnaReece Weston singled to bring in a run and Thompson also singled to drive in two runs.

“We brought in all these freshmen and we really just came together as a team with the practices we had,” Mattingley said. “We pulled through and came out together and it turned out really well for us.”

Mattingley added that the team picked themselves up after the first two innings specifically in the field which got them out of innings quicker and more efficiently.

Ferndale head coach Brittany Arredondo said the fight and grit her team showed in this first game is something she felt had been missing the last couple of years.

“The nerves got the best of us that first round through the lineup,” Arredondo said. “I could see some of the kids a little jittery in there, so just having them settle down and settle in and see that their pitcher has turned it around as well.”

Through the first two innings, Mattingley’s pitch count was higher than they wanted it to be, but calmed down the rest of the game and shut down the Blaine offense. Mattingley and Weston are the only two seniors on this year’s team, but Arredondo said the leadership from them couldn’t be more perfect for the young team.

The Golden Eagles didn’t get very far into preparation last year before the pandemic shut the season down, but the coaching staff was anticipating a good season with the seniors they had. With those seniors now gone, it’s on Mattingley and Weston to help guide this year’s team.

“That is literally what we’re out here for: just to have another year out here with the kids and to develop our younger kids.” Arredondo said. “I’m grateful for our seniors being able to have this opportunity and play with their team before moving on to bigger and better things.”

In a shortened season with no playoffs, development has been a key focus for any team this school year.

The type of game the team put together against Blaine has Arredondo hopeful for the rest of the season.

“We always stress that we’re working for our pitcher,” she said. “We’re working to do whatever we can to help her out whether that’s defense or offense, someway somehow we’re trying to find a way to claw our way back into the game. I’m super excited and looking forward to the rest of our 13 games.”