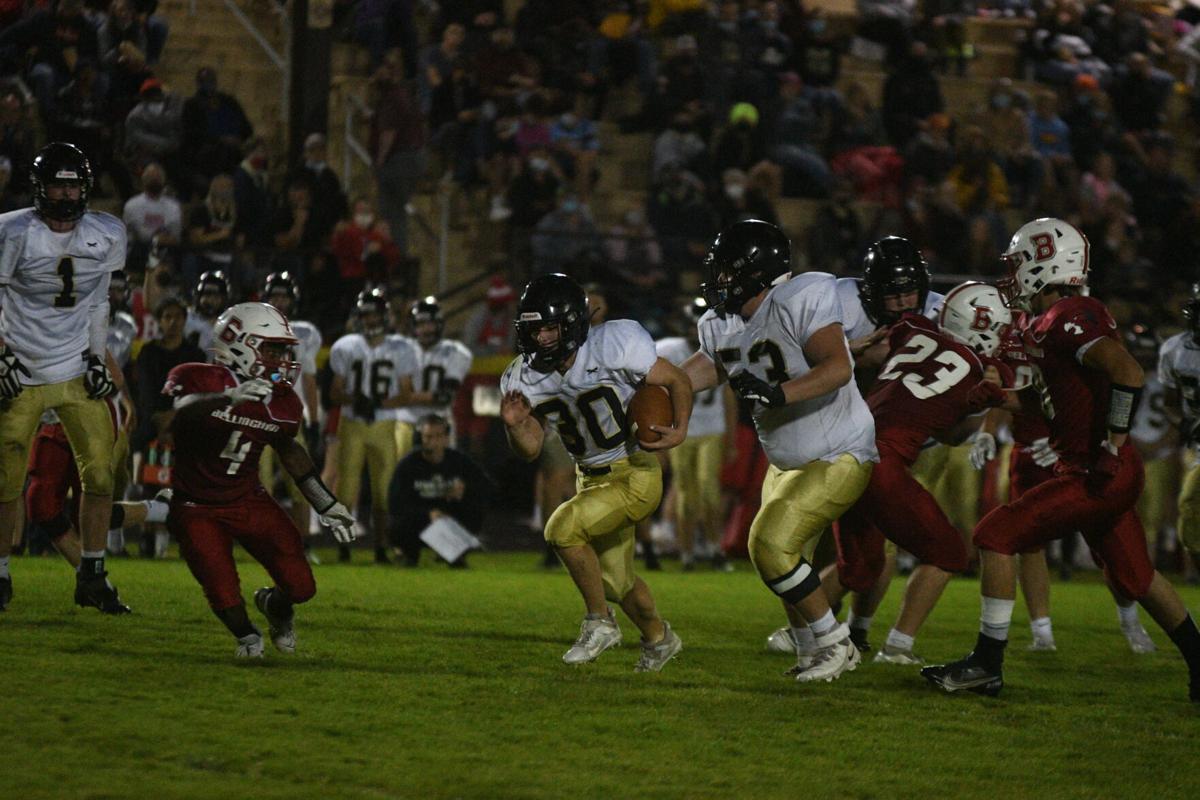 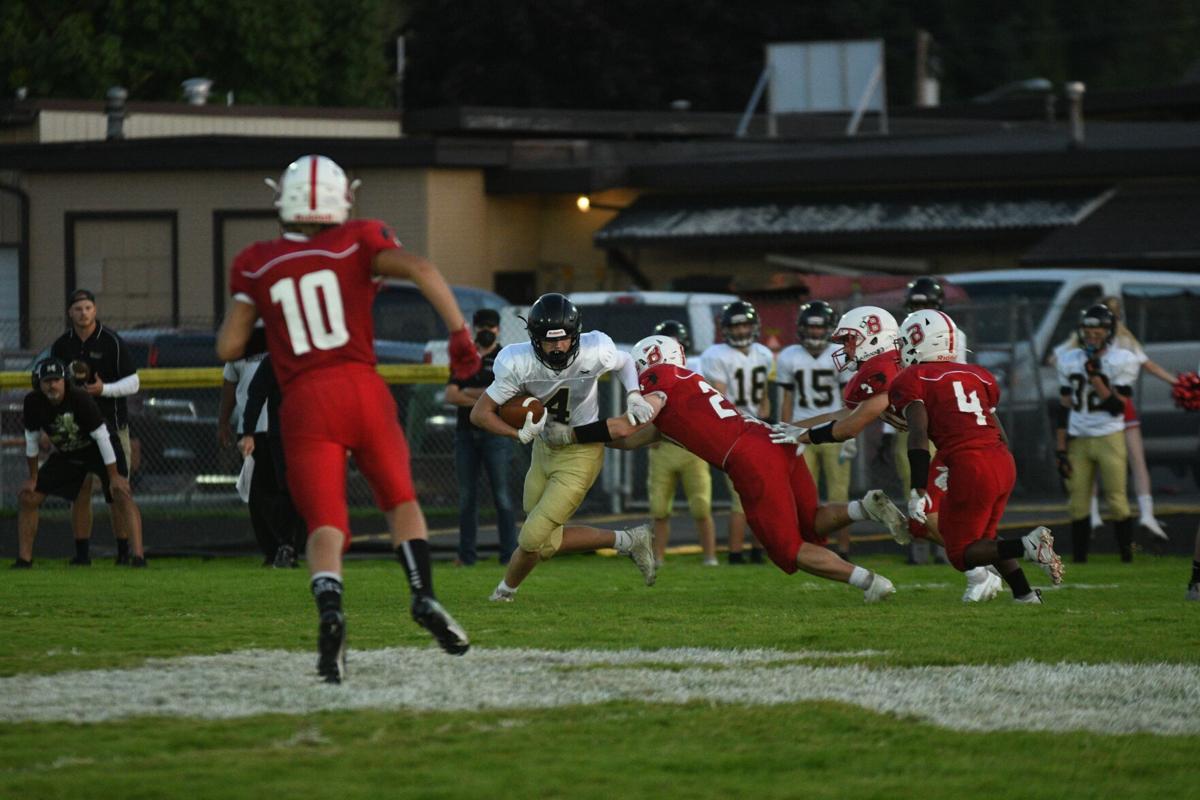 LAUREL — Meridian football coach Patrick Ames isn’t kidding himself. He knows despite the Trojans’ three-game winning streak, they haven’t faced the toughest part of their schedule yet.

It was all Bayhawks early on as Trojans quarterback Tucker Harrison threw an interception on their first drive. Bellingham drove down the field and punched it in on a 3-yard quarterback keeper from Maxwell Rasset.

Meridian wouldn’t be able to respond immediately as a fumble on the ensuing kickoff was recovered by the Bayhawks, giving them the ball right back.

Three pre-snap penalties, the first of many from Bellingham, pushed the Bayhawks behind the chains. A missed field goal gave the Trojans the ball back.

“In moments of stress, especially with a young team, you’ve got to fall back on what you’ve worked on in practice and not try to freak anyone out because they’re freaking out already,” Ames said.

Meridian moved the ball down inside the Bayhawks’ 10 and Harrison placed a ball perfectly in the corner of the endzone for an 8-yard touchdown to senior Bryce Johnson to tie the game at 7-7.

The Trojans turned it over again in the second quarter on their second interception and third turnover of the game, but Bellingham wouldn’t have the ball for long.

Meridian freshman Jaeger Fyfe pulled down his first of two interceptions, but the Trojans wouldn’t capitalize on the turnover. However, it was a sign of things to come from the defense.

After each offense took the field again and came up empty, Meridian had the ball again and sophomore Joshtyn Elmer crossed the plane from 23 yards out for his first varsity touchdown.

Coming into the game, he didn’t even know he would be getting touches on offense.

“I was going in the locker room and wasn’t expecting anything in carrying the ball,” Elmer said. “I came out on the first play, carried the ball maybe 10 yards and it was crazy.”

Heading into halftime, the Trojans held a 14-7 lead.

On the opening drive of the second half, Fyfe intercepted his second pass of the day, which was immediately followed by a 51-yard run from Elmer putting the ball inside the Bayhawks’ 5-yard line. Elmer did the rest himself for a 2-yard score, giving Meridian a 20-7 lead after a blocked extra point.

Ames said after a rough start to the game, the focus was on settling the team down, especially because of how young they are.

“No joke, we had three freshmen in the secondary playing a team that spreads it out and throws it,” Ames said. “You just gotta hold your breath and hope that when they’ve got chances to make plays they do.”

Meridian added to its lead right before the end of the third quarter with a 5-yard touchdown run from Harrison.

Things are just getting started for the Trojans with the thick of conference play upcoming.

With this team, Ames said not every mistake has been cleaned up, but there’s been progress.

“I have no delusions this is going to get any easier for us,” he said. “The teams in our league are too good.”

The Trojans will look to keep things going at home next Friday against Nooksack Valley.