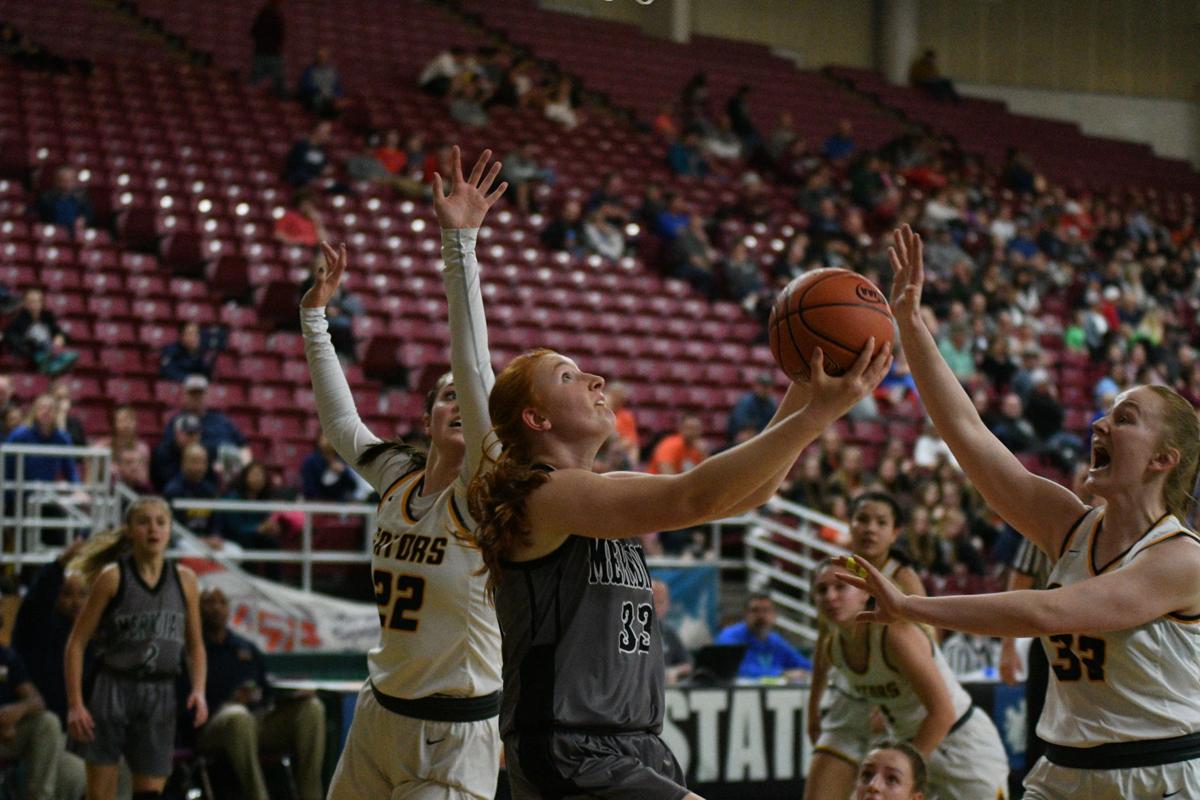 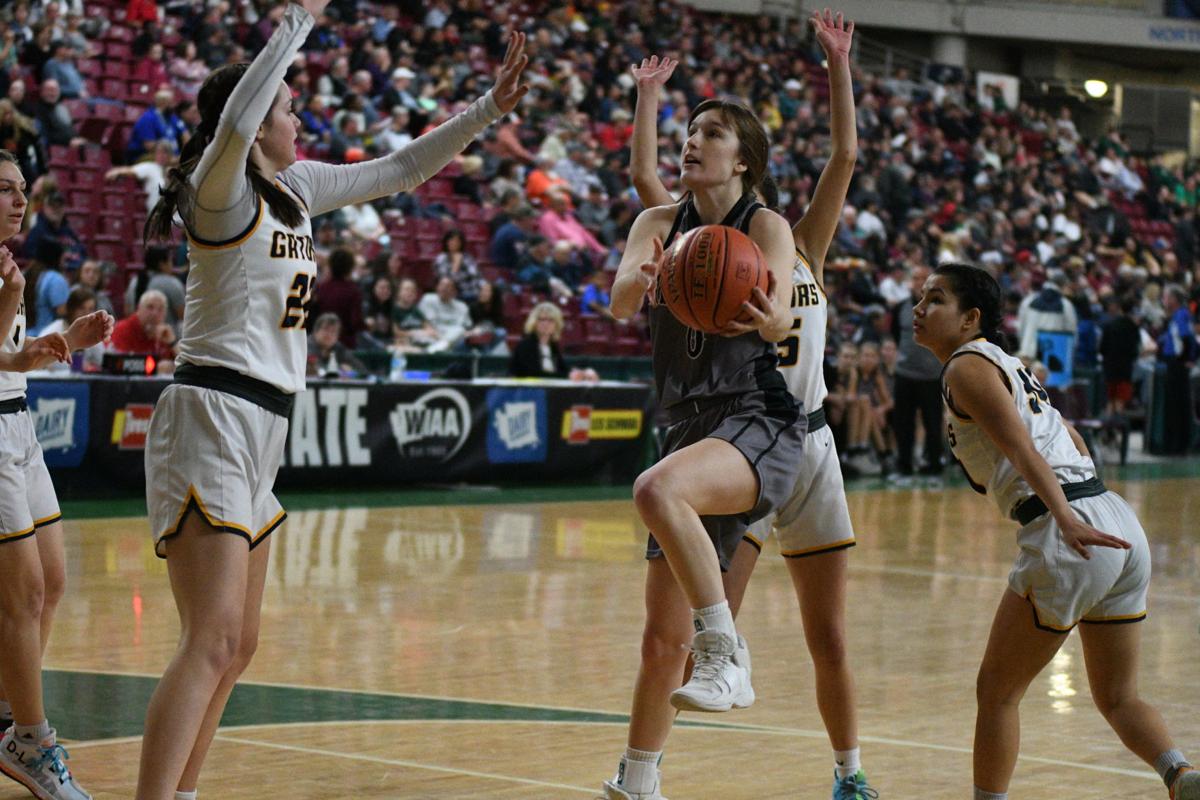 Junior Madeline Bowler tries for a layup in the first half of the Trojans' loss to Annie Wright. (Hailey Palmer/Lynden Tribune)

Trojans with 35 turnovers in loss

YAKIMA — The season may not have ended the way the Meridian girls basketball team had hoped, but the young Trojans team is returning nearly their entire roster next year.

The 15-seed Trojans fell 72-46 to 7-seed Annie Wright in the opening round of the state tournament Wednesday at the SunDome in Yakima.

It was rough from the get-go for Meridian as the Trojans weren’t able to find any ways to break through Annie Wright’s aggressive press, which led to the Gators’ getting easy baskets in transition.

Meridian fell behind 21-6 after the first quarter and trailed 36-18 at halftime. The Trojans turned the ball over 24 times in the first half.

“You just can’t do anything [with that many turnovers],” Meridian coach Mark Gilmore said. “You cut that in half and you’re still struggling. You can’t give up that many possessions.”

There were some bright spots for the Trojans in getting past the traps and pressure the Gators put out, but Gilmore said they weren’t able to do it consistently enough to get back in the game.

“There’s holes there. We broke it part of the time, but you have to get your head under control,” he said. “You can’t turn into a ball and can’t throw to the people running away from you because that’s how it’s designed and they’re coming into those passing lanes.”

When the Trojans were able to push the ball down the court, they found good looks and easy baskets near the rim.

“We had people all over the floor, we just had to get the ball there before things get set the way [Annie Wright wants] it to be and we weren’t doing that half the time,” Gilmore said.

Annie Wright’s Julianna Walker was the typical presence on the court she is for opponents, scoring 35 points to go with seven steals.

The Trojans knew what she was capable of and that they’d have to try and slow her down, but that’s easier said than done.

Gilmore said being able to play in a game like this with such a young team was invaluable for the girls returning next year.

“It’s a great experience no matter the outcome,” he said. “They had to guard one of the best guards in the nation. She’s extremely hard to handle and that’s a good experience for young girls to play against that.”

It was the 10th game of a grueling postseason schedule for Meridian, but Gilmore tipped his hat to Annie Wright.

“You don’t know how much the road wears on [the team], but I give Annie Wright all the credit,” he said. “They came out, they were on a mission. They put the foot down and weren’t going to allow us to hang in there.”

Meridian wraps up its season at 16-13, but will only lose senior Amanda Schleimer. Gilmore said he and his coaching staff are excited about the group returning next year.

“We’ve got a lot of good kids and they have great attitudes,” he said. “We’re going to be alright.”