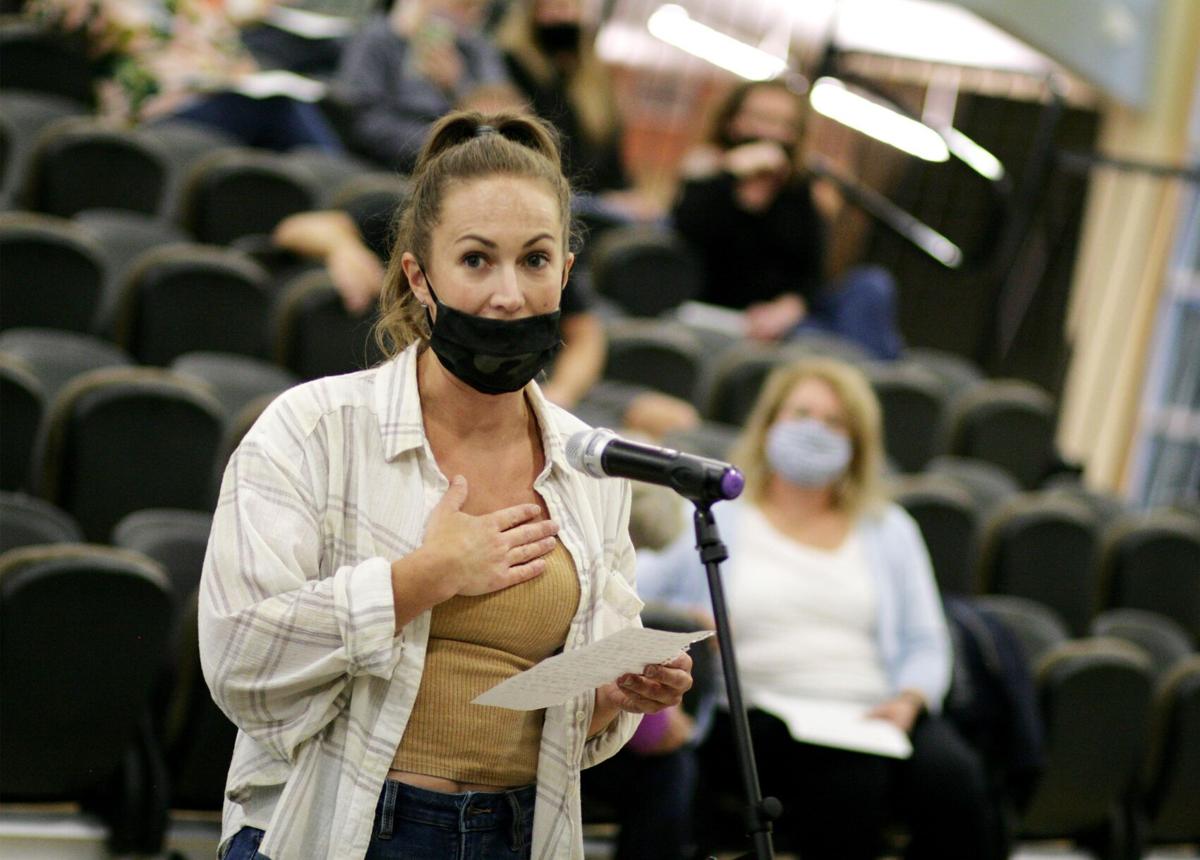 Jennifer Witman tells the Lynden School Board to “work with us to come to a logical solution” about Gov. Jay Inslee’s mask mandate for anyone on public and private school campuses. (Bill Helm/Lynden Tribune) 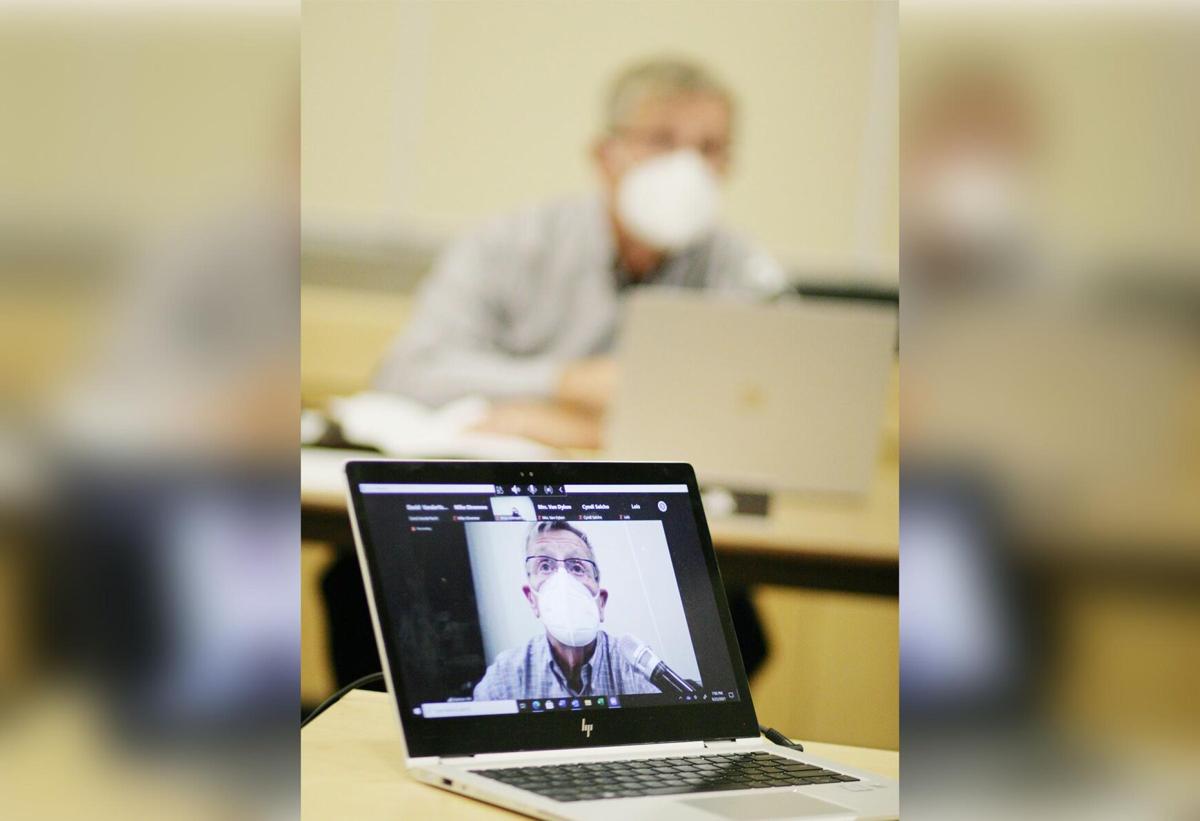 Jennifer Witman tells the Lynden School Board to “work with us to come to a logical solution” about Gov. Jay Inslee’s mask mandate for anyone on public and private school campuses. (Bill Helm/Lynden Tribune)

LYNDEN — The Lynden School District has every intention to follow the state’s mask mandate.

However, the board will tell Gov. Jay Inslee that it looks forward to deciding for its collective selves what Lynden Schools should do.

With Kelli Kettels absent, the Lynden School Board voted 4-to-0 on Sept. 23 to send Gov. Inslee a letter that includes the district’s official position on the state’s July 28 announcement that cloth face coverings or masks must be worn on school campuses by anyone, vaccinated or not.

“Our concern is the absence of clarity from the Governor’s office the Washington State Department of Health, or OSPI (Washington State Office of Superintendent of Public Instruction) regarding the metrics that will be used or targets that will be established that provide for a path to move away from current mandates and guidance and to more local control,” the letter states.

The board, in its letter, asks Gov. Inslee that in his “continued work with leading state health and education officials the matter of metrics and future targets be addressed and communicated accordingly to local school districts and health jurisdictions so that we may hold a better picture of when local control will be restored.”

Against the mask mandate

At the Sept. 23 meeting, which was held in the commons at Lynden Middle School , three of the four people who spoke to the board said they were against the mask mandate

The one person who did not speak against the mask mandate said she’d “like to see the whole mask issue stop.”

“We just missed a year-and-a-half of school,” Nancy Ruhl said. “Education is more important than ever before. I want to talk about education. This whole constant mask debate is irrelevant.”

To Jen Witman, the mask debate was quite relevant.

“My request is that you please work with us, the parents,” Witman said. “You know and I know we are being held hostage by a tyrannical upper-class government and it’s past time to fight back. Work with us to come to a logical solution.”

Another person applauded the board hearing opinions from both sides of the discussion.

“I truly feel you’re doing the best you can,” Trevor Hollman told the board. “It’s honestly nice to hear opposing viewpoints.”

Brian Johnson, the board’s vice president, said during the meeting that although he supported the letter, he’d have “like(d) to take a firmer stance.”

“I’d like a better picture of when local control will be restored,” Johnson said.

Board Member David Vis said the letter was “really well written” and that it “addressed many concerns.”

“We’re hearing from many on both sides,” Vis said. “”But writing (the decision makers) and expecting us to do something about this is not helpful.”

Mike Stromme, interim superintendent at Lynden School District, said Monday that board members will sign the letter this week before it is sent to the Governor’s office.

The Lynden School Board’s next meeting is at 7 p.m. Thursday, Oct. 14.