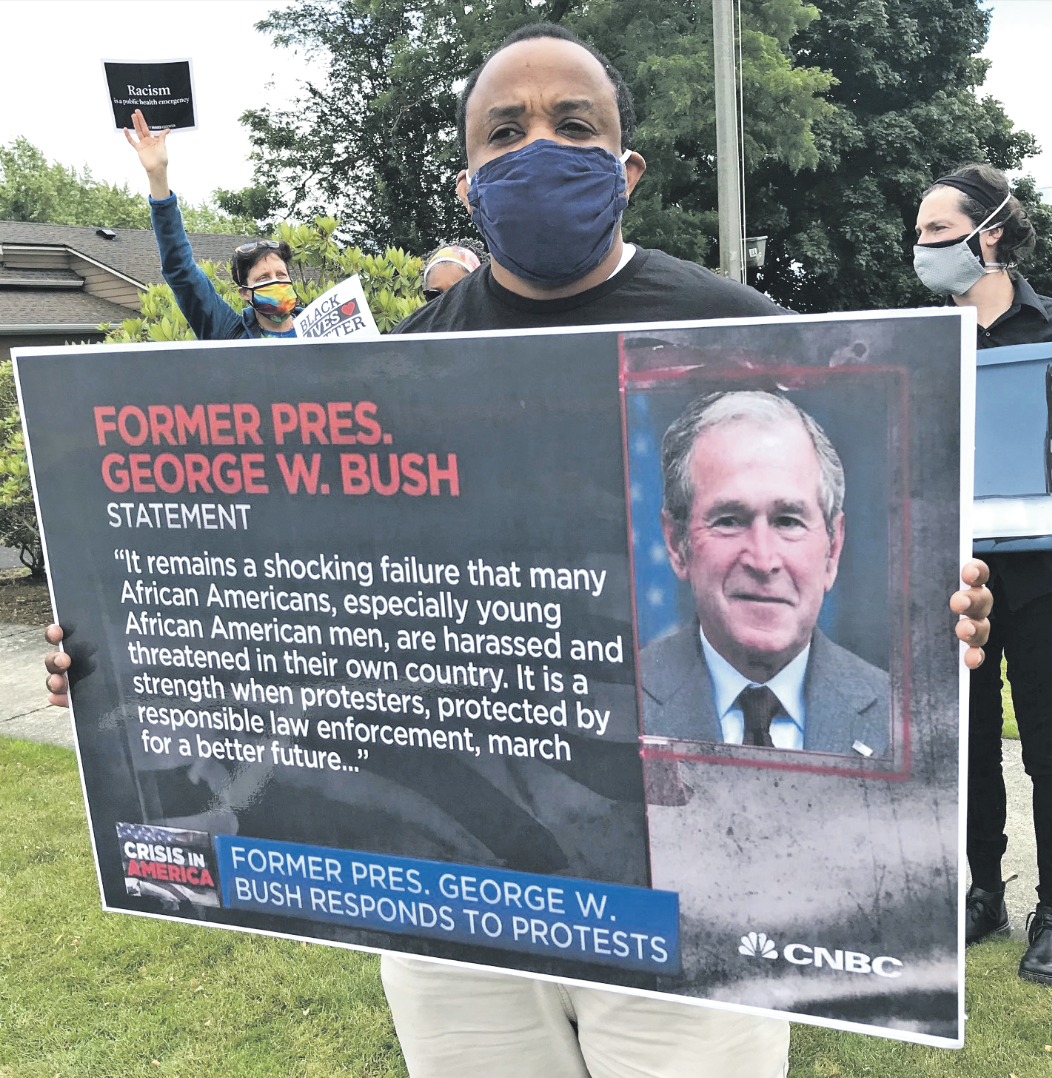 Black Lives Matter was the message at one rally while it was patriotic police support at the other. (Calvin Bratt/Lynden Tribune) 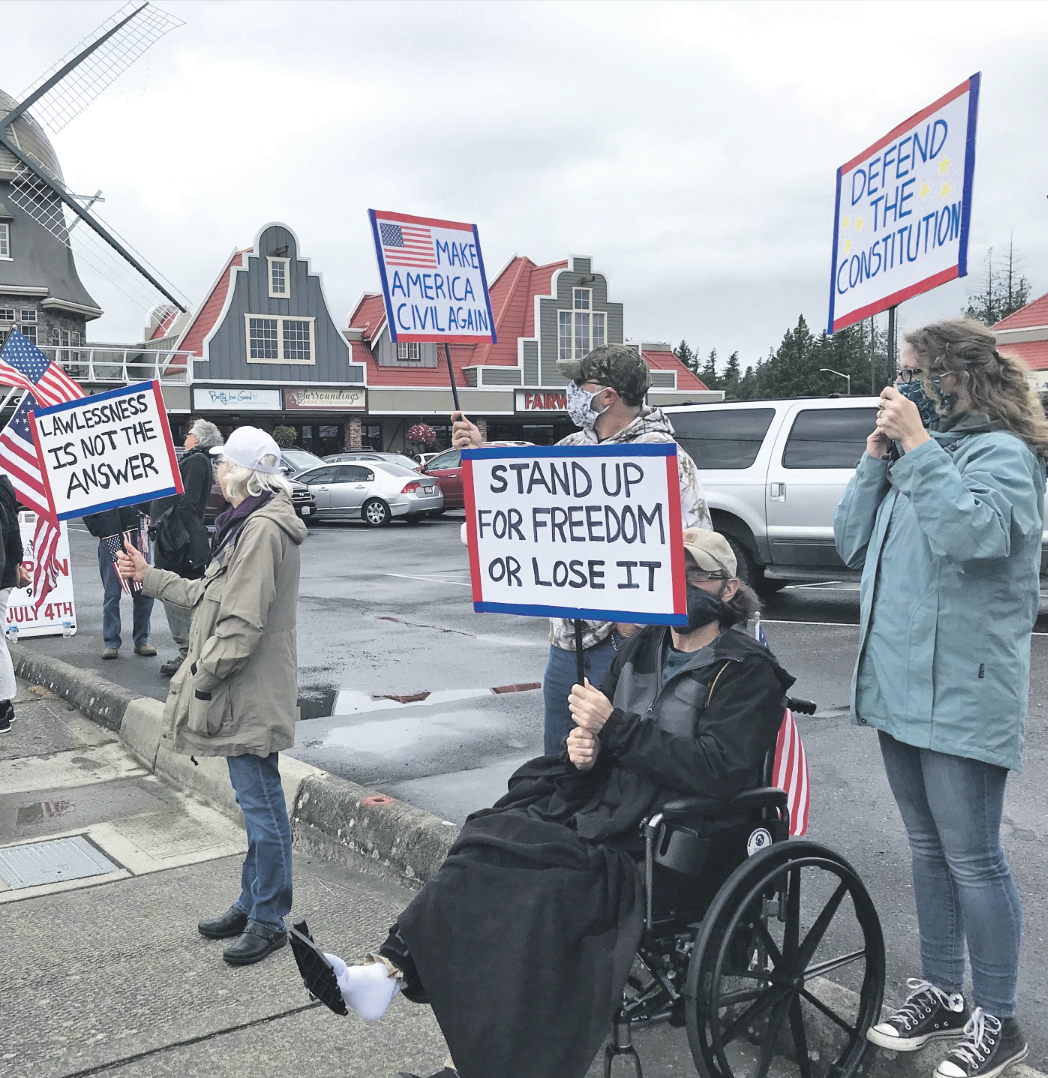 Black Lives Matter was the message at one rally while it was patriotic police support at the other. (Calvin Bratt/Lynden Tribune)

And two more similar events are set for the weekend

LYNDEN ­— American flags. Lots of signs with messages. People lining the street with a cause to proclaim.

But there were two different events happening at exactly the same time, from 2 to 4 p.m. on Saturday, June 27.

Sidewalk in the 1700 block of Front Street, near the Fairway Center and fairgrounds, has been the spot in recent weeks for making a statement related to the racial issues ignited by the death of George Floyd in police custody in Minneapolis on May 25.

Mostly it has been a few young people, from both within Lynden and not, in support of the Black Lives Matter cause. However, a larger police-support response rally with music occurred at the spot on Wednesday, June 24.

This time, on Saturday, the locations of the competing rallies were planned to be separate, the support-police emphasis to be on Front Street and the Black Lives Matter one to be on Grover a mile away.

The first had about 130 on hand, with lots of American flags of all sizes and signs saying “We (Love) and Support Our Police,” “Let Freedom Ring,” “All Lives Matter” and “Lawlessness Is Not The Answer” as well as Trump support signs and hats.

The other, based at Centennial Park, had signs proclaiming “Black Lives Matter,” “Diversity,” “Say Her Name” and “White Silence is Violence,” plus chalk art on the sidewalk.

Both rallies seemed peaceful except for the honking of horns and cheers of support shouted out by passersby.

See also letters received in regard to one rally on pages A6-7.

This weekend, two more events are planned, made public just on Tuesday. A Fourth of July Freedom Parade, like one held on May 9 in Lynden, will again form at Bender Fields at around 11 a.m. Saturday. And a Black Lives Matter march starting at 2 p.m. Sunday will go from Lynden  High School  to City Hall and on to the  Lynden Police Department. See page A11 for more details.