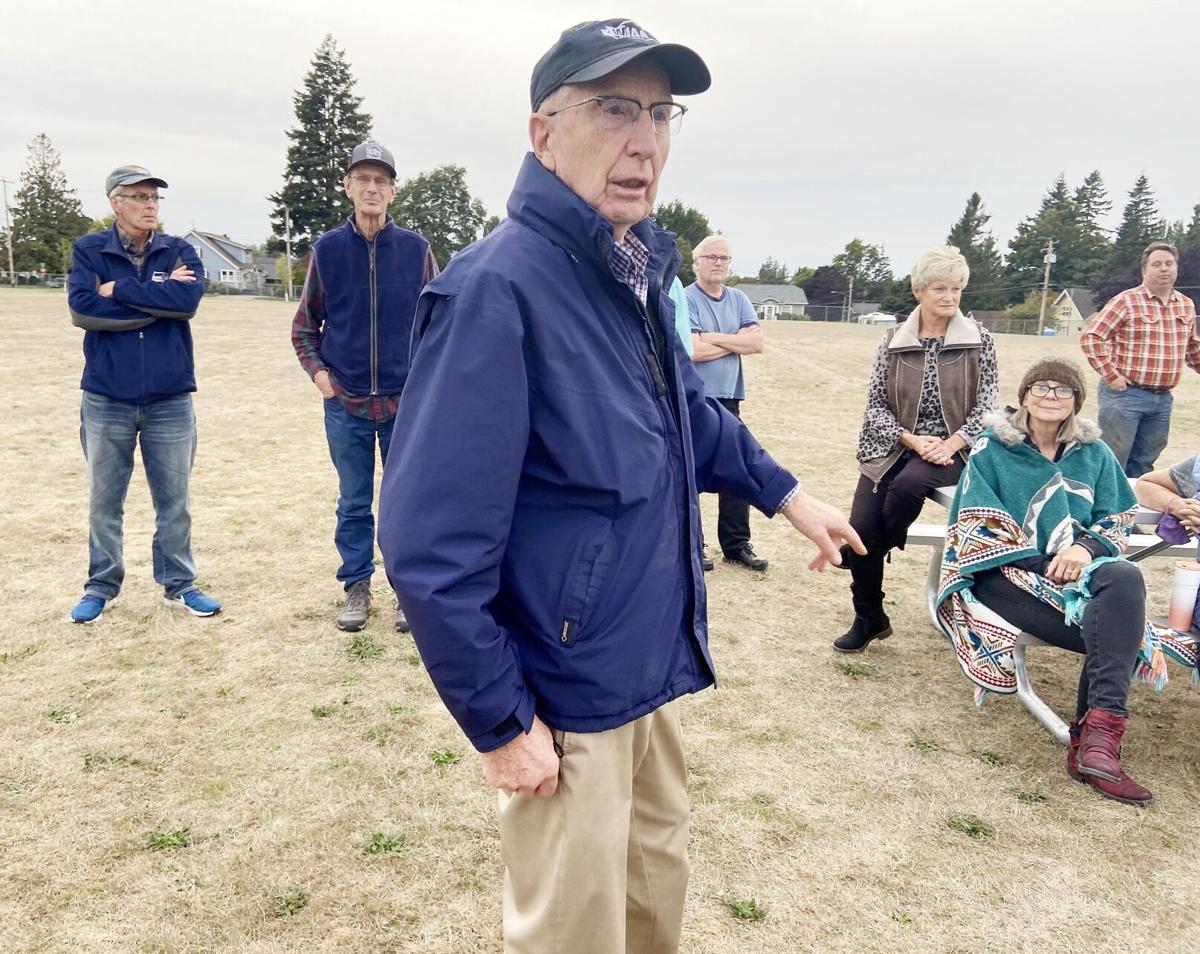 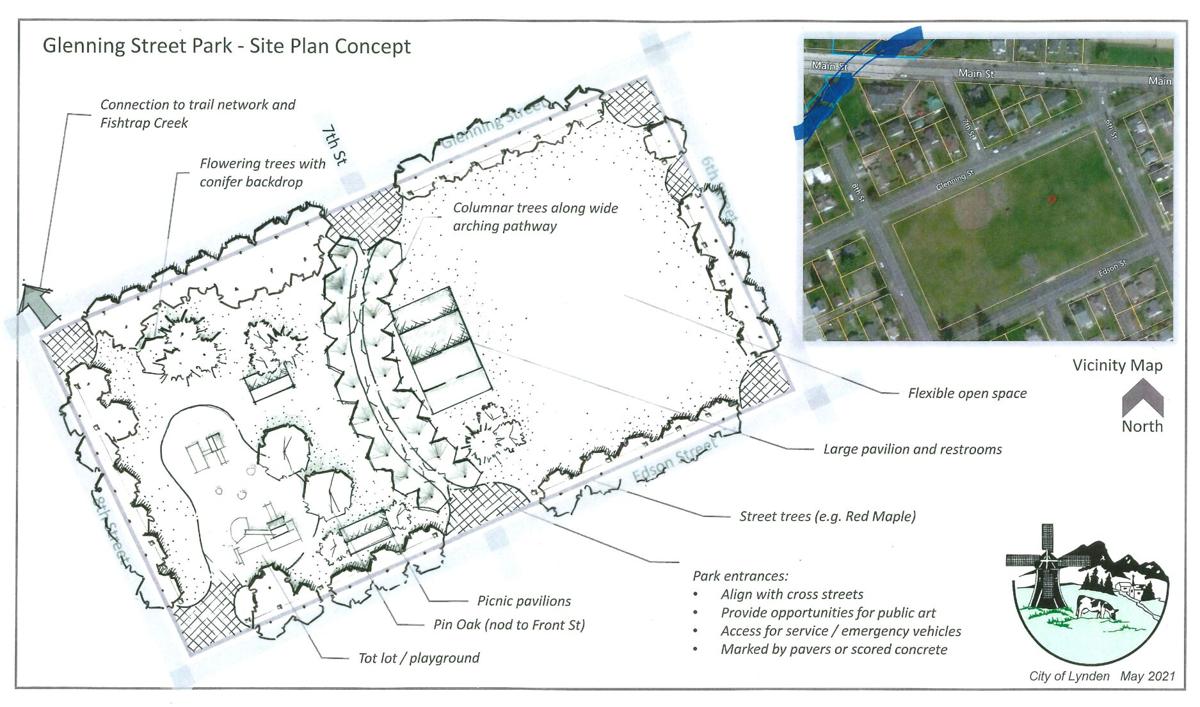 A proposed site plan for development of the Glenning Schoolyard park in Lynden. (Courtesy City of Lynden)

A proposed site plan for development of the Glenning Schoolyard park in Lynden. (Courtesy City of Lynden)

LYNDEN — No official name, no official plan. But folks all across Lynden are getting excited about the possibilities attached to development of the recently secured Glenning Schoolyard park.

On Sept. 16, a few dozen Lynden residents gathered on the field bounded by Sixth, Eighth, Edson and Glenning streets to tell the Glenning Schoolyard Committee and city leaders what they want their park to become.

“There was some excellent discussion on various ideas about what features could be incorporated in the park design,” said Harlan Kredit, the man who originally helped spearhead the effort to keep the park a public entity.

“Now that the property has been secured, next is to decide on the projects that would make this (site) useful,” Kredit said. “It’s like our own Central Park.”

In 2017 and in 2018, Lynden School District’s new middle school was constructed. At the time, the district declared the land surplus and intended to sell it. Kredit helped lead the effort to keep the land public, and the Lynden School Board agreed to sell the land to the City of Lynden at its then-appraised value of $1.45 million.

The Glenning Schoolyard Committee gathered funds from more than 120 individuals, foundations, and businesses to fund the purchase of the land.

This included $200,000 from the $3 million Lynden Regional Parks and Recreation District bond approved by Lynden voters in the November 2019 General Election.

Adults of all ages, as well as children listened and shared their feelings about the proposed park. Eli Kohen, 10, of Lynden, was at the evening meeting with 7-year-old sister Callie and 8-year-old brother Luke. The children, brough to the meeting with their parents, Jessica and Andrew, each had something to tell the adults.

Another person likened the project to a blank canvas.

“Do you want to duplicate what we already have at Bender?” the man asked the group. “This (park) gives us the opportunity to do something different. This encourages everyone to think outside the box.”

(The former school here) needs to be honored here,” Polinder said. “The great tradition of softball.”

How the park would be designed, and who would do the designing, was also considered at the meeting.

“We don’t necessarily need a professional planner,” Meenderinck said. “Once we have all the ideas, we can lay it out. Roto-till it up, then re-seed it. Until we know where everything will go, it’s too soon to do that.”

‘Our Stanley Park, our Central Park’

During last week’s meeting, Kredit passed out a questionnaire that asked folks to rank potential uses for the park, in order of preference. The questionnaire was put together by Vern Meenderinck, Lynden City Parks Director. Suggestions included parking, playground equipment, restrooms, open area, shelter and other.

Much of the ‘other’ category was filled in during the discussion, such as a dog park, water park and amphitheater, to name a few. Currently, the plan is for “at least half” of the park to be open space.

“We can tell our grandkids that it didn’t become a 300-unit complex.”

Vis is right. Meenderinck explained that the site “must remain park property in perpetuity.”

Visit lyndenwa.org/department-template for the feedback form regarding the future development of the Glenning Schoolyard Park property.