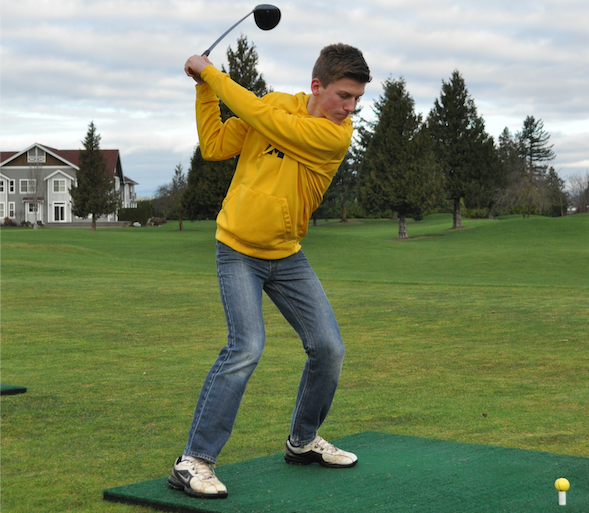 Thomas Den Hartog practices at the Homestead Farms Golf Course on Tuesday, braving the cold with his brother, John, to get some playing time in before Christmas. John is on the Lynden Christian High School golf team.  (Brent Lindquist/Lynden Tribune) 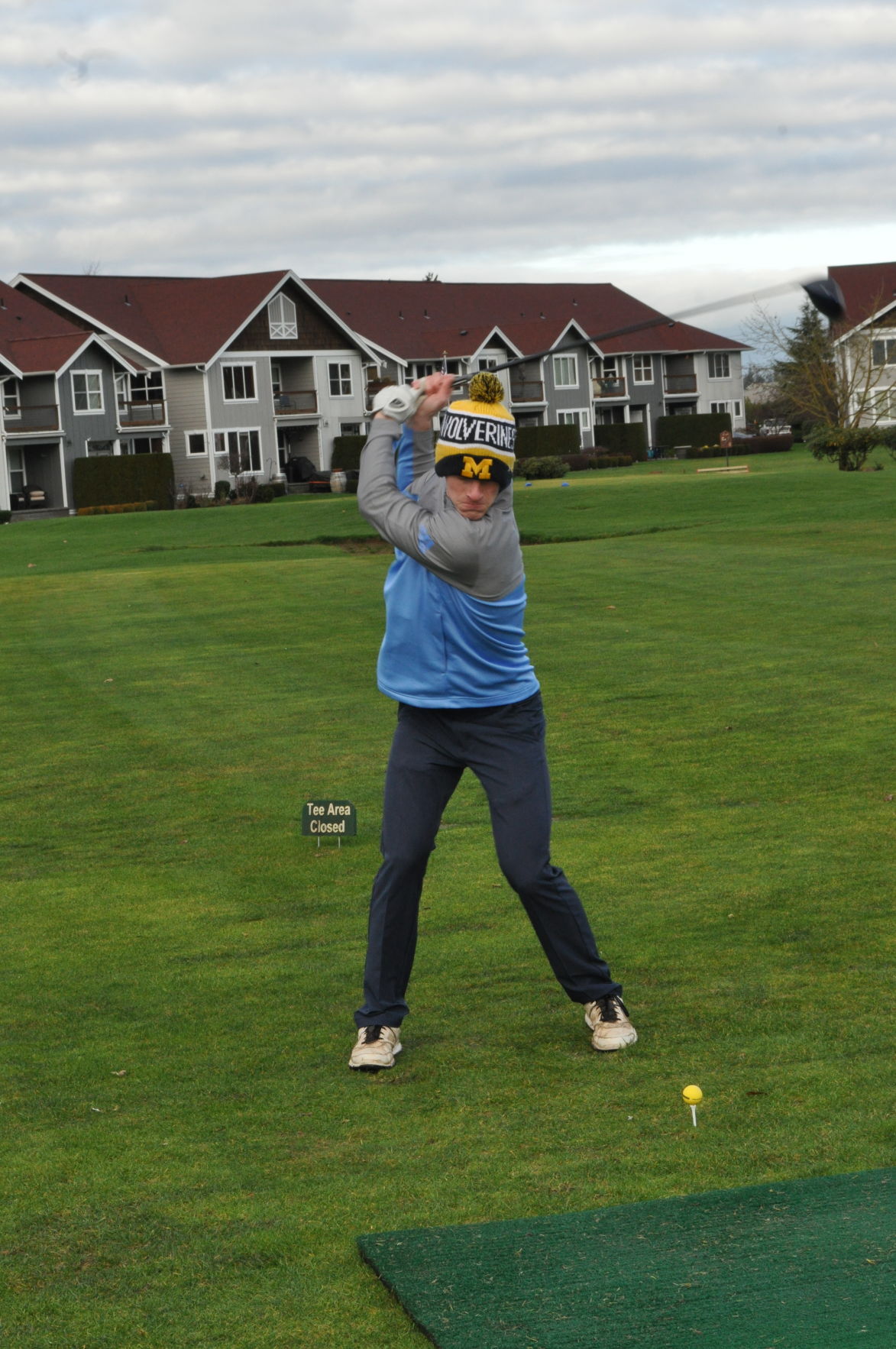 John Den Hartog practices at the Homestead Farms Golf Course on Tuesday, braving the cold with his brother, Thomas, to get some playing time in before Christmas. John is on the Lynden Christian High School golf team.  (Brent Lindquist/Lynden Tribune)

LYNDEN ­— Hundreds of Homestead property owners received notice in early December of a 158 percent jump in their monthly maintenance fees effective in 2020.

At least five of those affected by the increase contacted the Tribune directly asking for coverage of this issue.

The rise from $36 per month to $93 is to catch up on losses from the past and to get going on deferred maintenance of the north-Lynden Homestead Farms Golf Course and surrounding residential community that was created in the 1990s.

An “open house” meeting for airing concerns and questions is set for 6 p.m. Monday, Dec. 30, in the Steakhouse 9 restaurant area, according to a letter sent out by Homestead Farms Managment.

The letter cites “significant improvements” in maintenance as the reason for higher “joint fees” ahead. The present action is also “the seventh amendment to the Master Declaration for the Homestead Development,” which can be accessed as a county recorded document at https://recording.whatcomcounty.us/Document/DetailsById/2252456.

Management says small fee increases over the years have not kept up with escalating costs, including a steadily rising Washington minimum wage that will jump $1.50, to $13.50 per hour, this Jan. 1.

“The reality is that those [past] increases have been inadequate in covering the bare minimum expenses required to maintain the common open space and [we] cannot continue to operate at a deficit,” the letter states. “Our desire is not to do the bare minimum, but to bring the maintenance of the Homestead common space back up to its original standard and protect the value of your homes. We believe that this will once again make Homestead one of the most desirable places to live in Lynden.”

The 2019 income includes a special assessment that raised $35,600 — ostensibly the $90 per household for removal of debris after last February storms, wrote a property owner to the Tribune. In two years, storm assessment have been around $50,000.

“Many of the proposed capital projects are golf course upgrades that are the financial responsibility of the golf club owners, not the residents who live in the neighborhood,” wrote this person. “The residents should not be assessed for improvements to the private golf course. Many of the residents are single parents and senior citizens who are on fixed incomes.”

This is a summary of what Homestead Farms Golf Club would like to do in 2020:

Other goals for the future involve fencing and sidewalk repair, building a maintenance facility, updating playground and courts, and removal of trees and vegetation overgrowth.

Morris Chen of British Columbia has been the owner of Homestead Farms Golf Course for several years. His company for property in Lynden, 18 Paradise LLP, shows in county records as owning 32 separate parcels.

Mick O’Bryan is the general manager; he did not return a Tribune request for comment.

Chen also owns the property of the former Sea Links Golf Course at Birch Bay, and in September O’Bryan told The Northern Light newspaper of Blaine that it is a goal to restore and reopen that facility, closed in 2008, by June of next year.

Underlying legal structure for the entire Homestead development of golf course and residential property, including the city-like amenities such as streets, sidewalk and lights, goes back to 1982 and the now-defunct Homestead Northwest Inc. of principal Jim Wynstra.

The Homestead Northwest Inc. Planned Residential Development preliminary plan with the City of Lynden goes back to 1992 as well, signed by then Mayor Egbert Maas, although it has been amended since then.