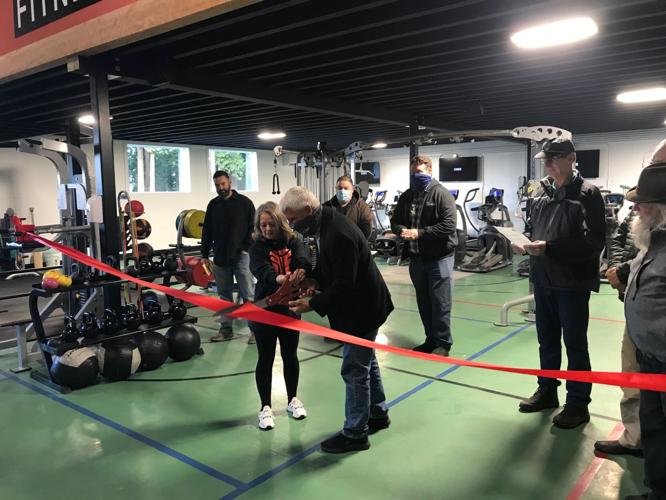 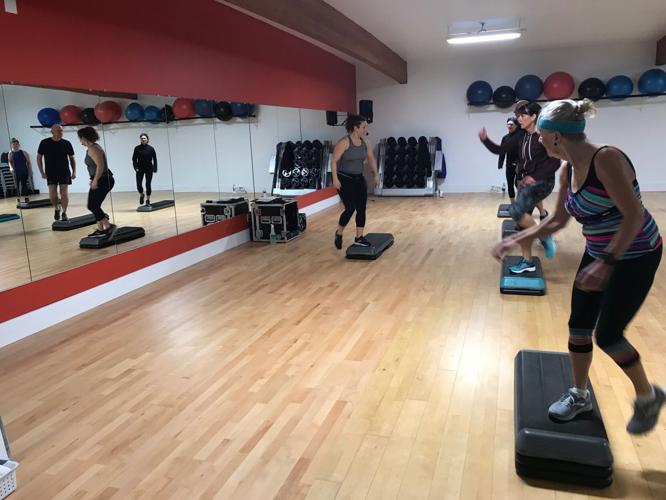 To the cheers of a sizable crowd at 9 a.m. Monday, Mayor Scott Korthuis and business co-owner Jeannie Davidson cut a ribbon signifying opening of the revamped city-owned building at 100 Drayton St.

Forge Fitness has moved its operations, including equipment and existing members — and now open to more — from where it was based at Third and Grover streets. In the process, Forge gains a swimming pool and racquetball courts.

What the city gains is a first major rejuvenation of the premises in about 40 years, Korthuis said in his short speech.

A five-year renewable lease with Forge lets it do leasehold improvements, and together there is a built-in incentive for the fitness center to prosper and possibly make money for the city, which hadn’t happened in the YMCA years, Korthuis said.

For about two weeks now, the pool area is closed while pool and wall repairs are made there.

After the ceremony, people could tour the building ... or get right down to exercising. In the new second-level room created in former gym, instructor Christie Duque was already leading a vigorous “step class.”

The bottom level contains all the Forge exercise apparatus. Full south wall mirrors add a new feel at both levels, and the motif of “forging” fitness is carried by big red, black and white “iron sharpens iron” branding.

Jeannie Davidson told the gathering that until 2014 she wasn’t into fitness herself, and starting first e2 Fitness (later renamed Forge) with Duque and their families was transformative for getting her to better physical, mental, emotional and spiritual health — which she now challenges others to.

Besides the second-level class room, the renovation creates a “party room” facing out to the pool, serviced by a kitchen area still in completion.

Already windows brighten up the converted gym, and windows and even “garage doors to a patio” may be in a phase two of construction for the pool, Davidson said.

Locker rooms are refreshed, as is the front reception area and all walls and floors.

Davidson said a physical therapist should be on board by summer, and the plan now is to convert one racquetball court into a trampoline room while keeping the other court.

Korthuis said the goal was to let Brian and Jeannie Davidson shape the building “to be like they want it” to be profitable in the fitness business today.

In his remarks Korthuis recalled that the pool was once just an outdoor one back in the early 1960s. Then around it in the 1970s was built the fitness center, which Whatcom Family YMCA operated for the city starting in 1997. However, the financial impact of COVID-19 closure a year ago was too much for the YMCA to overcome.

Forge membership starts at $65 monthly per individual, all-inclusive, and goes on to $90 per couple and $115 for a family.