Father and son artists Harry and Eric Engstrom wrapped up their 132-foot Seventh Street mural in downtown Lynden last week before the heat wave hit. In these photos of the past month: Right, from top, Harry creates a flower bed that will be filled with tulips; plenty of people stopped by during the two months of painting to admire the work in progress and talk with the Engstroms. four Lynden women walkers pose in front of where they are painted into the mural; Harry looks up from painting in the details of people in the mural.  (Calvin Bratt/Lynden Tribune) 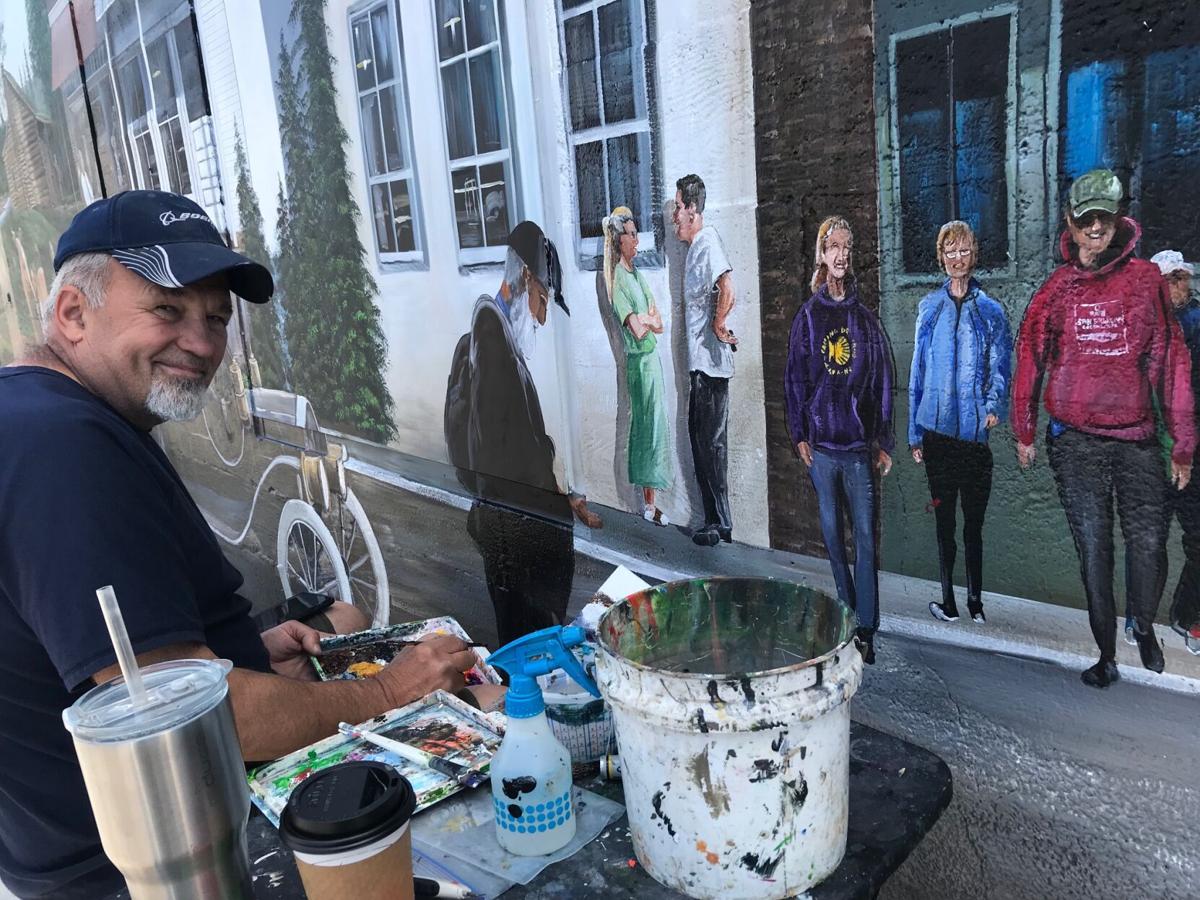 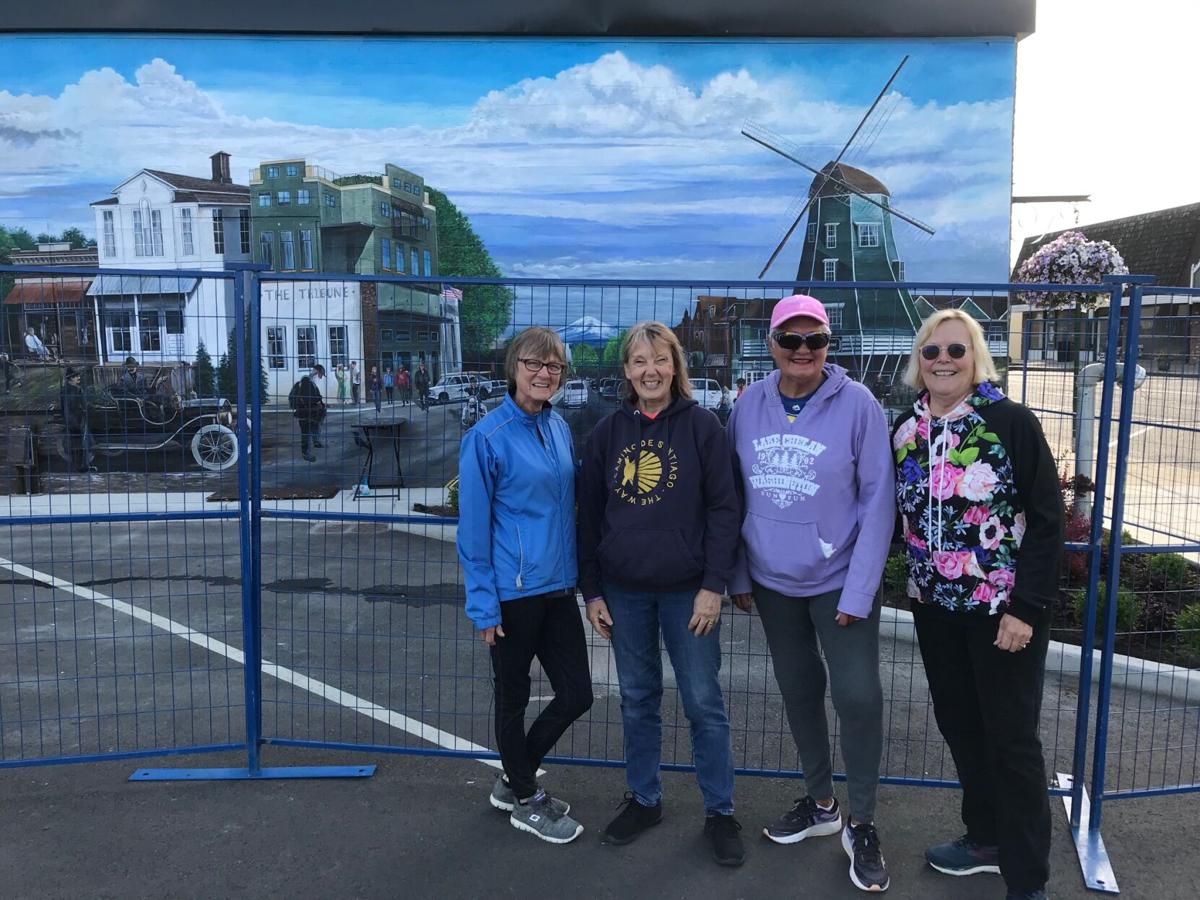 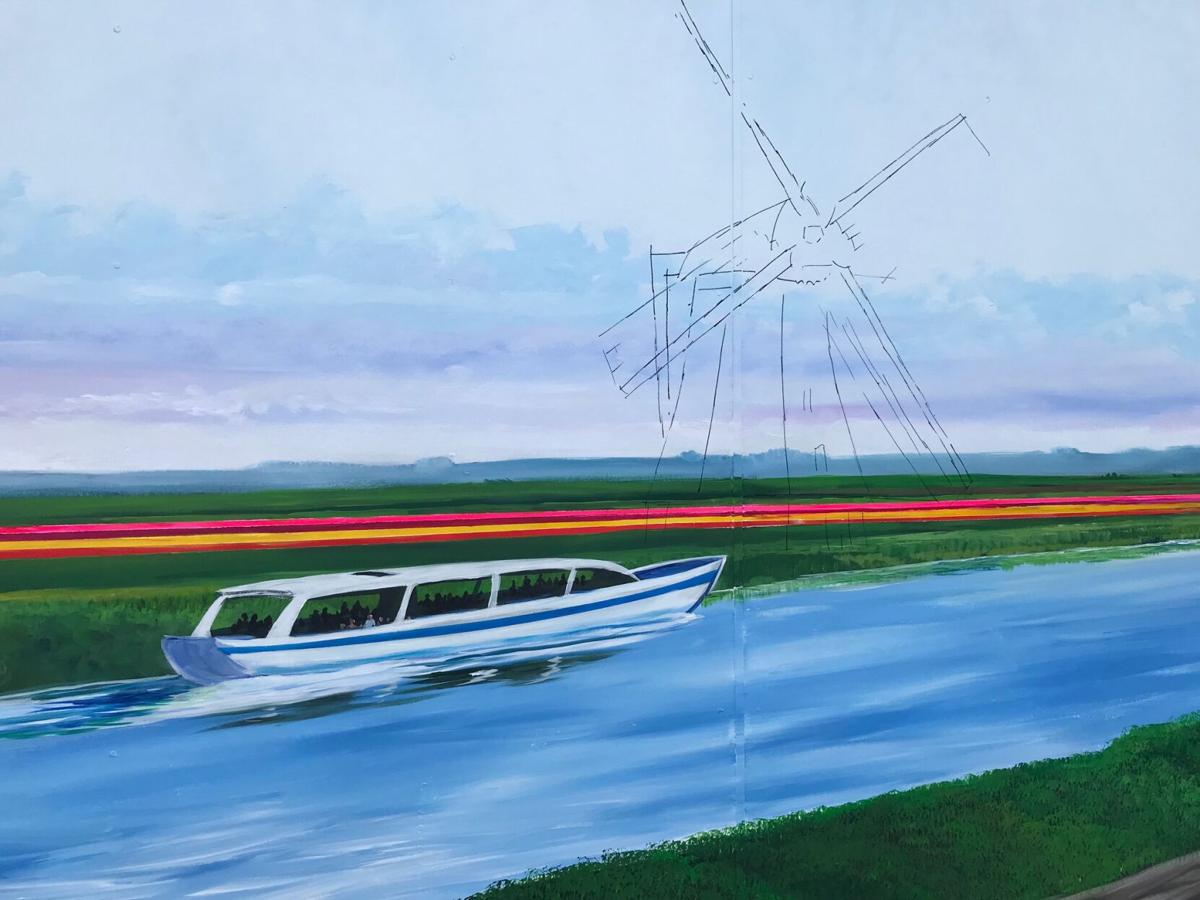 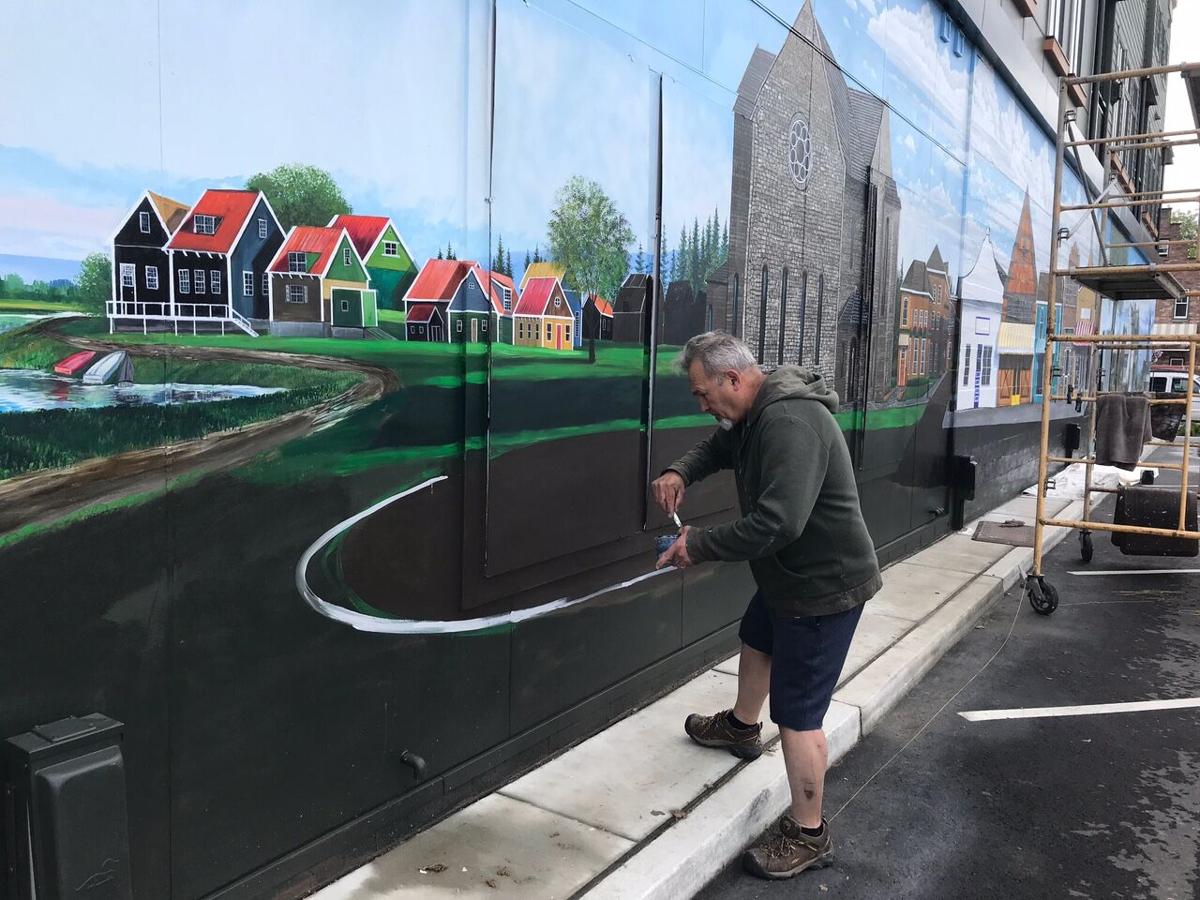 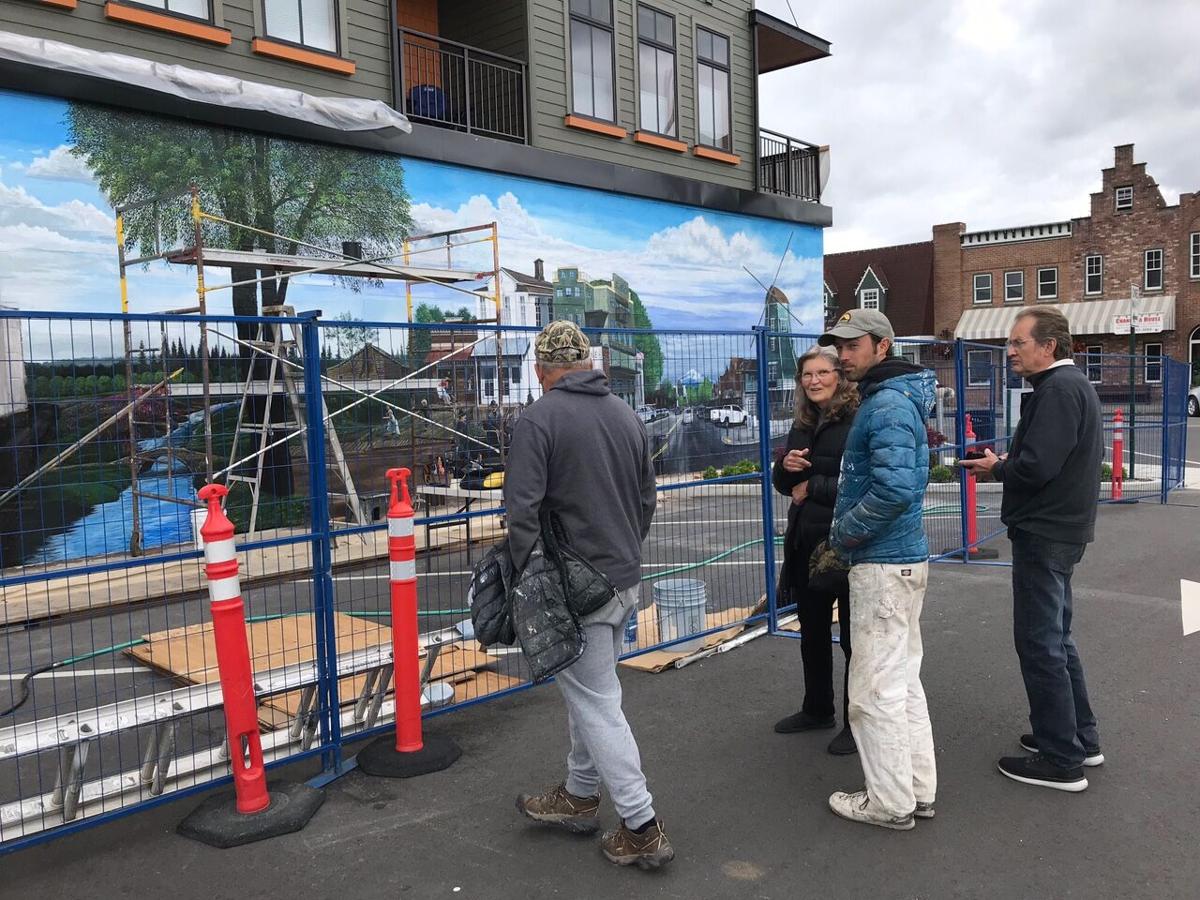