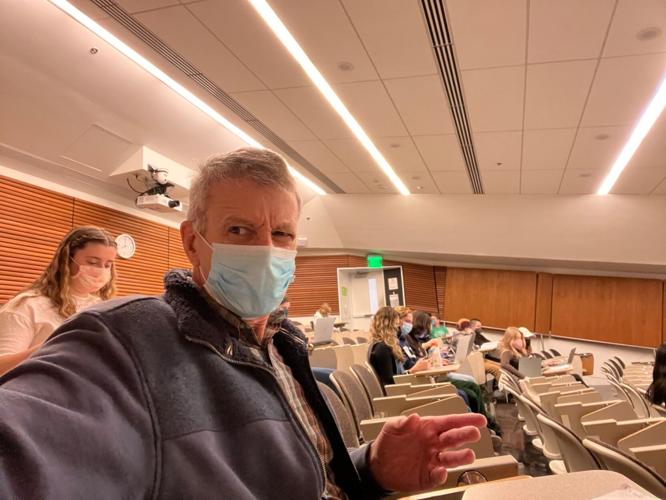 Masks were required at Western the winter quarter, but learning could still happen. (Cal Bratt for the Tribune) 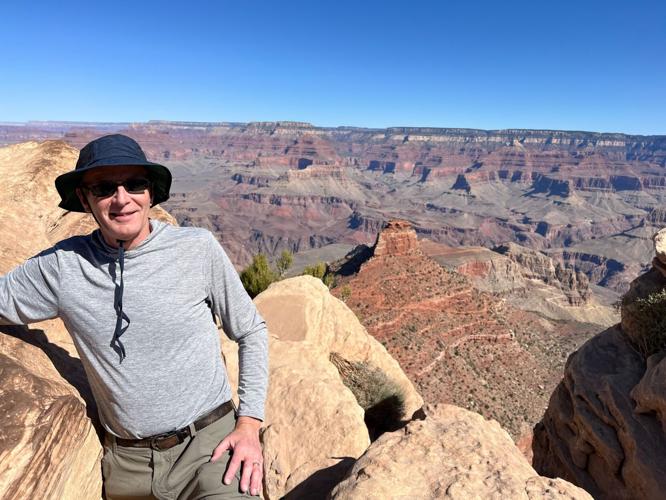 Shortly after turning this piece in to the Lynden Tribune, retired editor and now-regular contributing writer Cal Bratt took off for Arizona to hike to the bottom, then back to the top, of the Grand Canyon. (Cal Bratt for the Tribune)

Masks were required at Western the winter quarter, but learning could still happen. (Cal Bratt for the Tribune)

Shortly after turning this piece in to the Lynden Tribune, retired editor and now-regular contributing writer Cal Bratt took off for Arizona to hike to the bottom, then back to the top, of the Grand Canyon. (Cal Bratt for the Tribune)

Editor's note: Shortly after turning in this piece to the Lynden Tribune, retired editor now-regular contributing writer Cal Bratt took off for Arizona to hike to the bottom, then back to the top, of the Grand Canyon.

WHATCOM - About two days per week, my routine in the morning is to head up to Western Washington University to enjoy feeling like a student again.

I say “enjoy” because in my case I am auditing courses, meaning I can absorb what I am interested in and skip the rest if I choose, such as uninteresting reading, any papers and final exams. It’s great. Especially since the cost is $5.

I could be taking courses for credit, and then the cost would be a whopping $25 per quarter.

How is such a happy deal possible? It’s called the Waiver of Tuition and Fees for Persons 60 Years of Age and Older. Already a few years before retirement, I became aware of this arrangement made by the Washington State Legislature way back in 1975 and I was determined to try it out. The experience has more than met my hopes.

There are some hoops to jump through. You have to enroll as a special student (find the form at (https://registrar.wwu.edu/files/2020-02/WAIVER60.pdf) and choose a class that you want on WWU ClassFinder (https://admin.wwu.edu/pls/wwis/wwsktime.SelClass). You can track how full a class is and technically you are only allowed to enroll once a class has begun and there is still room. I have found it helpful to make a connection with the professor beforehand, and every one of them so far has been supportive in making it work out. You will have a student number, be given a student email and even be tied into the student Canvas system for coursework communication. You have some simple dealings with the WWU registrar’s and business offices.

Not too many seniors take advantage of this marvelous program. That’s unfortunate. I can be a lifelong learner almost for free. I get my exercise climbing about six blocks up High Street to the campus. I can mingle with the real students of today and see how they approach learning and life, and I am mostly encouraged by what I see.

Forty-three years ago, I was up at Western as a journalism student. The journalism depart-ment has entirely changed location and personnel since then, and I have paid only one visit back to those digs now.

Instead, I can explore things thoroughly different. How about the Ancient Mediterranean course in the Humanities department delving into the Hebrew, Greek and Roman cultures by reading classics such as “The Odyssey” by Homer.

Then I saw an opportunity in Introduction to Linguistics to really learn about the science of language formation -- and catch up to a daughter who earned her major in linguistics. A few takeaways: how inadequate the English alphabet is in communicating the sounds of English once you comprehend the phoneme structure of a language; and that our Modern English is more closely related to Frisian than any other language -- it’s more Germanic than Latinate!

The course I’m taking now is Canadian Politics and Government, with professor “Butch” Kamena, who has Lynden ties. I have always felt I was woefully ignorant of the political system that prevails just five miles north of us. Better late than never, I’m getting filled in on how it works differently there, a parliamentary monarchy with way more political parties than just two.

Bridging the age and culture gaps that sometimes divide us, I wouldn’t mind seeing a few more graying heads up at Western. No one gives me weird looks. We can all have have something more to learn, and enjoy.